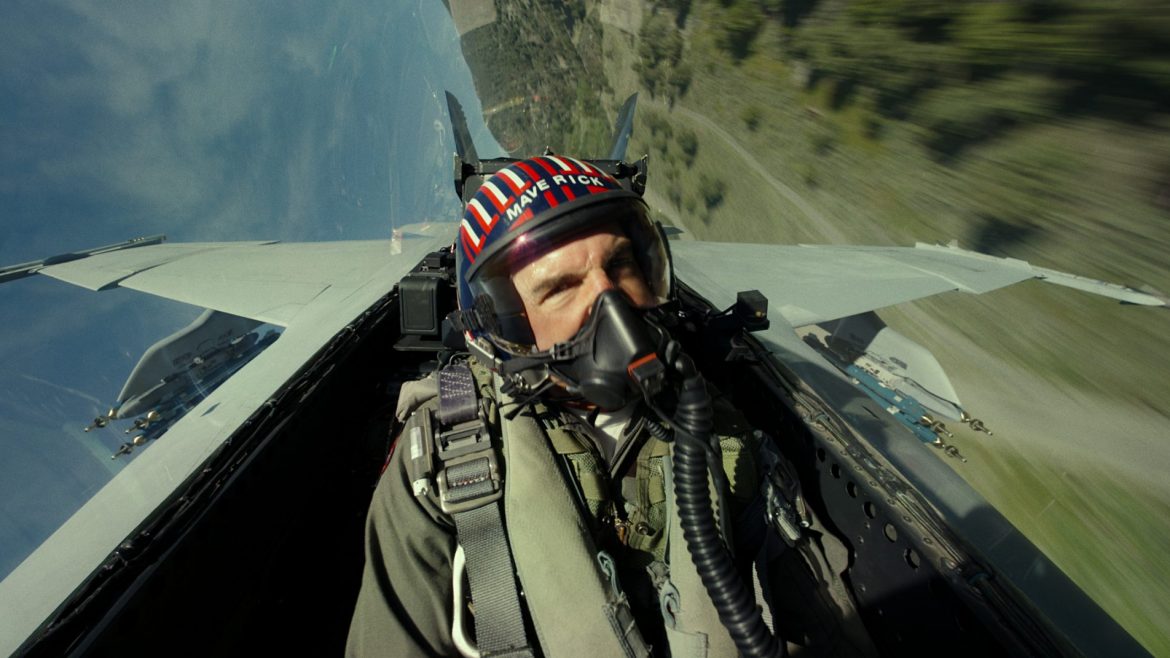 Out of all the all-time classics to receive the Hollywood legacy sequel treatment, 1986’s Top Gun always seemed like a no-brainer. When revisited today, the late great Tony Scott’s dogfight drama notably lacks in plot but more than makes up for it in pure vibes and aesthetics. Most people don’t remember Top Gun for its complex story or characters, however, everyone definitely remembers its killer soundtrack, erotic montages, and, of course, the aerial stunt work which broke new ground at the time. Trying to diss the original for its thin script is entirely missing the point, not many films have managed to capture the zeitgeist of an entire era so effortlessly. Albeit, the point still stands, Tony Scott’s time capsule of a film is the ideal choice for a legacy sequel because it leaves so much room for continuation on top of its iconic groundwork – all you have to do is find a worthwhile reason to bring it back at this specific point in time. And this is what Top Gun: Maverick does so successfully.

Tom Cruise reunites with Oblivion director Joseph Kosinski to bring Top Gun to today’s generation, one that by now has gotten used to seeing Cruise repeatedly push his body to the limits just for the sake of the moviegoing experience. Similar to him literally jumping off planes and running on the side of buildings in the Mission: Impossible franchise, Cruise himself is back inside the cockpit of real fighter jets and experiencing all the high levels of g-force that come with it. As a matter of fact, every new core cast member had to undergo Cruise’s own extensive flight training so they could know how to act when facing intense pressure high in the sky. Immersion is just as important as ever in Top Gun: Maverick, and with the extra help of the latest IMAX cameras, the spectacle on display feels just as revolutionary as the original did back in the day.

But this legacy sequel is more than just a glorified tech demo. Kosinski’s film is allowed to soar so high thanks to its frivolous spirit and beating heart. The story at hand finds enough worth in justifying its own existence now more than 35 years after the original. As drones and other types of unmanned aircraft become the norm, Captain Pete “Maverick” Mitchell (Cruise) is doing all that he can to buy himself more time until retirement. In a sign of fate, he’s ordered back to Top Gun to teach the latest best of the best a unique lesson that requires his hot shot expertise – how to do the impossible and survive what is seemingly a suicide mission. Things take an extremely personal turn when one of Maverick’s students turns out to be the son of his former partner and best friend Goose, who tragically died in the first film as we all know. Maverick must learn how to inspire and elevate this fresh class of pilots, even if it means putting his own life on the line to avoid past mistakes.

As Goose’s son, Miles Teller is given the most to work with from the newcomers and he truly holds his own even up against Cruise’s bravado. Their relationship is the most endearing aspect of the film, and gives the narrative a surprising amount to say on grief and acceptance. Now, Top Gun: Maverick doesn’t necessarily change the game for legacy sequels, but it also doesn’t really need to. This is perhaps the most well-rounded example of how to make a bonafide crowd-pleaser through the proven legacy sequel formula. First, start off heavy with nostalgia for the old fans, next introduce your new leads that will bridge in younger audiences, and then, finally, mix the old with the new. As seen here, the first act plays almost beat by beat like the original (admittedly to humorous effect) and the film doesn’t really find its own voice until Cruise shares the spotlight with Teller and his fellow ace pilots. I mean, if it ain’t broke!

For playing it somewhat safe at first, Top Gun: Maverick excels when it comes to that last and arguably most crucial step of mixing the generations. Not only does Cruise build a strong rapport with Teller and the rest of the pilots, but the suicide mission at hand couldn’t be more nerve-racking. Even if its structure is a bit worn out, you genuinely get the sense of seeing a team grow together and that’s what matters the most in the end. By the time the film reaches its third act, you’re fully invested and in true Tom Cruise fashion, he proves that you ain’t seen nothing yet by his standards. This is where Top Gun: Maverick honestly stands above the original. It’s live or die and that sheer intensity is felt across every sequence – you won’t sit back in your seat relaxed until the movie decides so. Joseph Kosinski has come quite a long way since Tron: Legacy, for this is definitely the most control this filmmaker has had over an audience with just visual storytelling alone.

Top Gun: Maverick deserves a few more significant shout-outs, one being the honorable inclusion of Val Kilmer. The famed actor started to distance himself these last few years from Hollywood to focus on his health in the face of throat cancer. Thanks to Cruise’s own push, this film gives Kilmer a chance to reprise his major role from the original in a way that respects and accommodates his condition, which feels like an on-screen rarity when any other film would have just written him out, to begin with. This is just a small testament to why Top Gun: Maverick has a leg up on most other legacy sequels – it knows what audiences want to see and delivers that in the most virtuous way without falling too deep into fan service. It pays enough respect to Tony Scott’s classic, whether that be through blasting “Danger Zone” in front of another opening montage or not shying away from the fun of cheeky one-liners, all the while finding its own voice through a modern story. These emotions are only further propelled when Tom Cruise leads some of the most immersive aerial dogfights ever put on film. It is simply the kind of blockbuster that needs to be seen on the biggest screen you can find.