Home » James Cameron on the Timeless Effect of ‘Avatar’
Film

James Cameron on the Timeless Effect of ‘Avatar’ 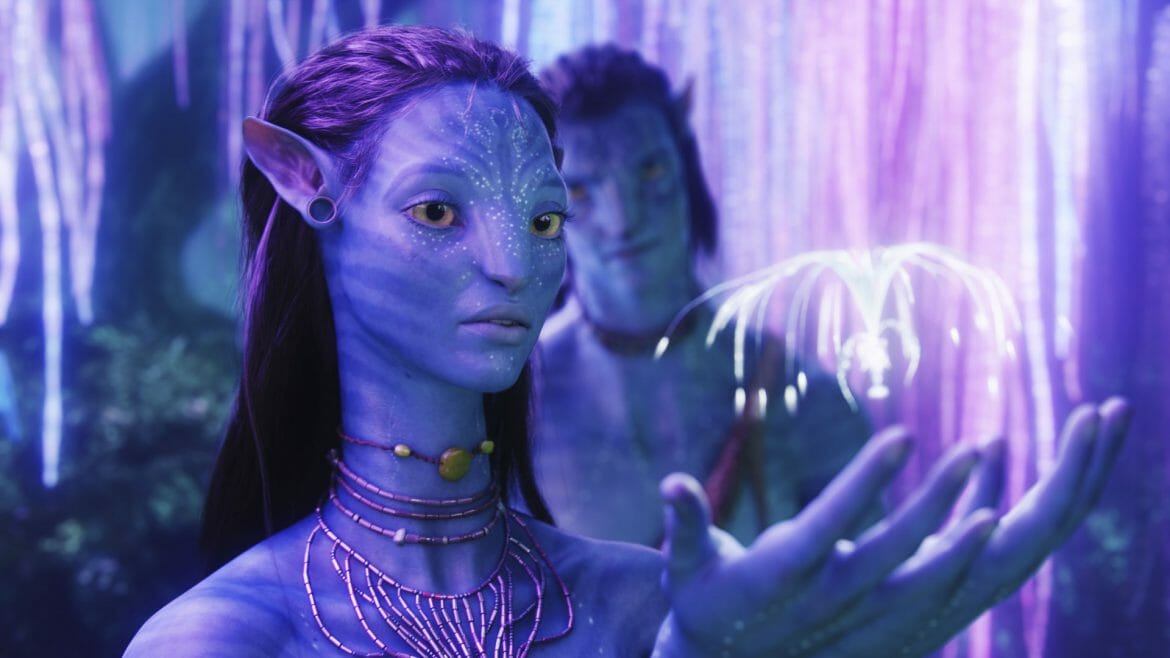 Against all odds, and what certain naysayers online might have tried to tell you, Avatar has managed to hold its cultural relevance for over a decade now. Now heading into the long-awaited release of its sequel, Avatar: The Way of Water, James Cameron’s original film plays better than ever and eager fans can now re-watch the sci-fi epic remastered in 4K and high dynamic range with the latest state-of-the-art 3D technology in theaters. In honor of the film’s theatrical re-release, director-writer James Cameron along with the main cast gathered for a press conference to look back on the historic legacy of Avatar.

To this day, people have trouble wrapping their heads around the massive success of Avatar. For this kind of original project to become the highest-grossing film of all time, it’s very easy to assume that it only reached these heights because of its ground-breaking visual effects, or even its next-level 3D for the time. These factors, of course, play into the film’s legacy, but what is often underplayed is the story at hand. While some will argue that its themes had been touched upon in cinema before, there’s still something to say about how the actual story of Avatar managed to strike such a powerful chord with global audiences.

James Cameron commented on this societal relevance to the first film, saying that Avatar “took us out of our day-to-day political discourse and the chaos and disorderliness of real life.” The famed filmmaker is known for being a master of the sci-fi genre, and his tecqunies of social and politcal crtique can be traces across all of his classics, from Terminator 2: Judgment Day to Aliens. When it came to Avatar, Cameron clarifies that “it took us to a place where, yes, there’s conflict – there are all sorts of important things going on – but it’s all through a lens of fantasy and science-fiction.”

The first Avatar juggles multiple themes of environmentalism, colonialism, and political greed. According to James Cameron, Avatar was so uiversal that “whatever culture you’re in – whether you’re in China, Japan, Europe, North America – it didn’t matter because people saw some universality to their lives in these characters through this lens of science fiction.”  The story tackles these widefelt ideas by design, ensuring that it would reach as many people as possible. However, even Cameron acknowledges that there needed to be more; “I think in the first few minutes, people just gave up trying to figure out how [the film] was done because we mixed so many techniques it took us years to develop.”

The director was quick to note that Avatar wouldn’t have gone as far if the story didn’t completely commit to its fantastical nature and far-out concepts. James Cameron states that audiences everywhere “just surrendered to a sense of immersion in this world.” This crucial element of selling immersion all came down to Sam Worthington’s portrayal of lead character Jake Sully, a disabled marine who finds new purpose in life after joining the Avatar program on Pandora. “You’re willing to follow a fantasy if you can relate to the main characters,  and I think Sam’s character took us on that journey,” Cameron explains.

However, Jake Sulley wasn’t the only key human component in Avatar. The next two pivotal human roles come with Sigourney Weaver’s Dr. Grace Augustine and Stephen Lang’s Colonel Quaritch, acting as a figurative Angel and Devil on Jake Sulley’s shoulders. They represent polar opposite ends on the film’s moral spectrum, acting as advocate and eliminator of the Na’vi race on Pandora respectively. As James Cameron says, ” Sigourney’s character set the frame for [the story], made it all seem somehow rational, you know? And Lang’s character made it all seem rational from a very different perspective.”

The impact of Avatar doesnt stop there, though, as James Cameron made sure to comment on the film’s perspective on environmentalism and our shared respect for mother Earth. “When we’re kids, we just innately love nature,” he claims. “We love animals, we love being out in nature, and as our lives progress, we come more and more away from nature.” The Way of Water is already heavily teased to continue the franchise’s commentary on nature, and if anything, that should be the main aspect moviegoers remember when going into the sequel. “I think society at large anywhere in the world is suffering from nature deficit disorder to some degree. And I think [Avatar] puts us back into that childlike wonder about nature.”

The 4K remaster of Avatar is now playing in theaters!