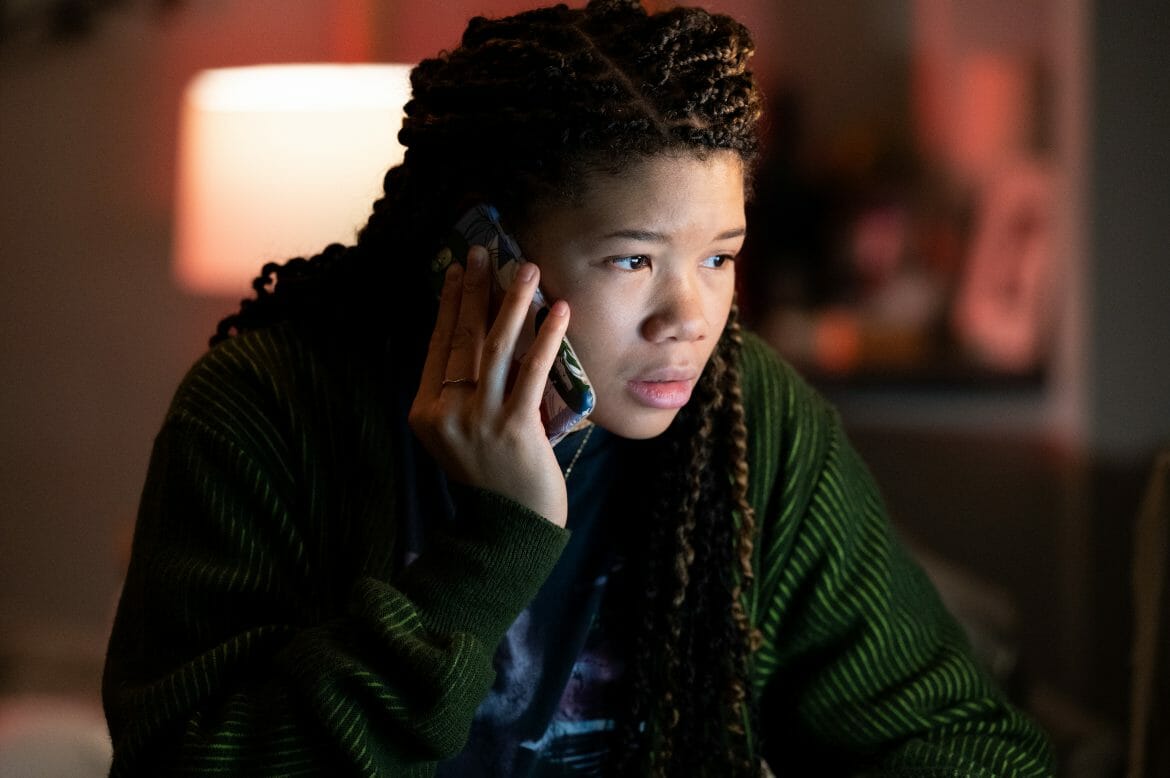 2018’s Searching is the perfect example of capturing lightning in a bottle. A mystery thriller told only through electronic screens could have easily fallen into gimmick territory, but the tale of a desperate single father using technology to help him find his missing daughter was powerful enough to elevate the format and then some. Suddenly, this kind of narrative felt like it could have only been told via phone and computer screens. The film’s technological relevance and utterly convincing performance from John Cho took Searching from its humble beginnings as a Sundance darling with a shoestring budget to a Sony box office hit. So, to no surprise, here we are 5 years later with Missing – a sequel from the same creative crew but now with a Hollywood budget at their disposal. They say lightning doesn’t strike the same place twice, though it’s not that far off with Missing.

Original directing/writing duo Aneesh Chaganty and Sev Ohanian, also known for 2020’s Run, developed the story for Missing with Nicholas D. Johnson and Will Merrick, who were the editors and directors of virtual photography on Searching, stepping up for main directing/writing duties. This passing of the baton works seamlessly, as both films carry that same thrilling sense of urgency and technological awareness. However, the two are still quite different from each other. Missing flips the coin and follows lonely child June (Storm Reid) as she sweeps the internet for clues after her mother Grace (Nia Long) disappears while vacationing in Colombia. June’s trail of evidence starts with her deceased father (Tim Griffin) and her mom’s new boyfriend Kevin (Ken Leung), but he went missing on the same trip as well. When the FBI doesn’t give her answers, June falls down a dangerous rabbit hole in search of truth.

Missing works so well because it brings back that core vital relationship between a parent and child but through a different perspective. There’s nothing more captivating than seeing someone go above and beyond for family, and this series knows how to capitalize on that in a way that feels authentic to today’s generational divide. The internet has greatly evolved in the years since Searching was released, and this is how Missing cunningly sets itself apart from its predecessor. Aside from the obvious technological components of June being in today’s TikTok generation, the new mystery sees our main character having to go to drastic limits looking for someone in a different country, which requires more thinking outside of the box. This is easily the most exciting aspect of the plot, June having to download popular global applications like WhatsApp and contact strangers in Colombia without knowing a hint of Spanish.

The film’s Gen Z point of view also allows filmmakers Nick Johnson and Will Merrick to get really creative with the camera itself. Besides TikTok, WhatsApp, and other social media apps that use phone cameras, Missing utilizes way more tools that we might not always realize are recording us, like public and private security cameras – something that Searching barely dabbled in for its own sake. As a bonus, one of the most chilling sequences in Missing is shown through the lens of an Apple Watch. Again, in a lesser project, a tactic like this could be purely seen as a cheap gimmick, but the filmmakers here understand why the restricted view of an Apple Watch could both make sense for the plot and amplify the intensity of the scene. Missing proves that the electronic screen approach still works, and that a third film could definitely stand on its own.

For all the good that it’s got going for it, there is one element that holds Missing back from hitting the same highs as the first film. Searching told a story that felt real, not in a hollow “true crime” kind of way but in a way that felt like “wow, this can really happen to anyone.” The final twist in that film is absurd yet still within a realm of possibility that so many viewers could relate to. Missing boasts some insane twists and turns, all that will have you constantly reaching for the popcorn for sure. However, when the actual truth is revealed in time for the third act, it feels slightly more artificial in the sense that this doesn’t just happen to anyone. The film exchanges the necessary universal appeal it had built in the first two acts for a typical mystery thriller finale.

The film’s last act isn’t a deal-breaker, but it does highlight how Missing is much more of a far-fetched sequel. By this point, the film has already asked you to suspend your disbelief a few times, like June quickly finding a trustworthy liaison in Colombia named Javier (Joaquim de Almeida) via an international delivery app, who she also starts venting to. It’s a bit cheesy sure, though Missing always finds a way to keep you invested thanks to its dedicated cast. Storm Reid is the most resilient she’s ever been on screen, having come a long way since her discovery in films like Sleight and A Wrinkle in Time. Together with acting veteran Nia Long, the two sell yet another extremely believable and compelling relationship for this series. And for as ridiculous as everything gets, even characters like Javier and June’s loose best friend Veena (Megan Suri) grow on you.

Despite having more Hollywood artifice than its predecessor, Missing paves its own path as a genuine crowd-pleaser. The core mystery is unpredictable and has enough bone-chilling reveals that it’s hard not to always be on the edge of your seat. At least from the start, it’s very easy for any teen to imagine themselves in June’s shoes. Just like Searching, the film showcases how large of a digital footprint we leave on the web. More importantly, the film’s use of modern apps and technology doesn’t talk down to Gen Z through June’s character arc. Instead, Missing underlines how to perhaps be more responsible and aware on today’s internet. It’s fun to see the film go meta and poke fun at the ongoing obsession with true crime as well. The final result is a sequel that is way better than it should be, one that innovates as much as it entertains.