‘Magazine Dreams’ Review – Impossible to Look Away From | Sundance 2023 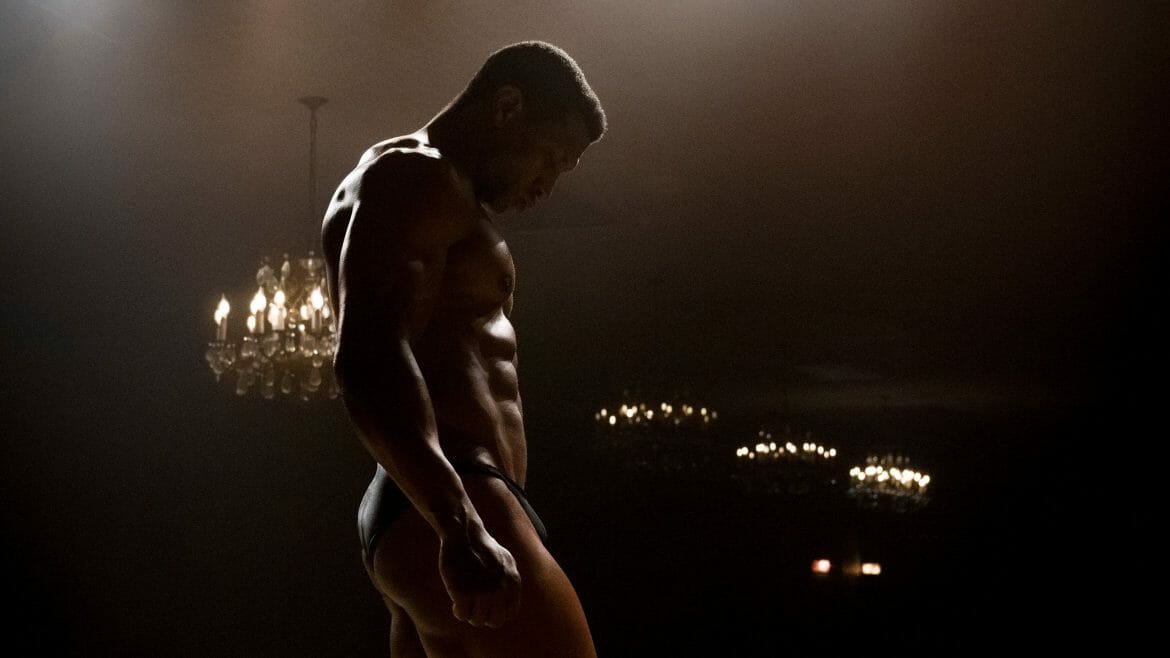 For better or worse, Magazine Dreams has cemented itself as one of the most talked about films of this year’s Sundance Film Festival. The premiere’s failure to provide adequate closed captioning prompted a jury walkout. Meanwhile, the rising star of lead actor Jonathan Majors continues to grow with a performance that’s earned across-the-board rave notices. Underneath the maelstrom of the press, the film itself has somehow avoided close scrutiny. Perhaps for the filmmakers, this is for the best because Magazine Dreams is a wildly misguided project that wallows in misery to the point of parody. Nevertheless, it’s the kind of swing for the fences that’s impossible to look away from.

The sophomore feature of writer-director Elijah Bynum (Hot Summer Nights) puts audiences in the headspace of aspiring bodybuilder Killian Maddox (Jonathan Majors). When he’s not working at a supermarket to try and take care of his ailing grandfather (Harrison Page), he’s trying everything he can to increase his muscles and mass. He consumes thousands of calories a day from large amounts of specific foods, shoots steroids, and maintains a single-minded focus toward achieving his goal of being on the cover of a magazine. Bubbling underneath the surface, a rage starts to grow from his obsessive frustrations. His inability to talk to people and his failing mental and physical health push Killian over the edge as he reaches a point of no return.

One hesitates to say Magazine Dreams takes great inspiration from Taxi Driver. More accurately, it’s somewhat of a rip-off. Killian’s delusions take center stage here, as illusions of grandeur poison his mind. He even has a journal of sorts in the form of letters that he writes to his favorite bodybuilder Brad Vanderhorn (Mike O’Hearn). There’s nothing wrong with taking a well-established formula and repurposing it. The problem is that, whereas Martin Scorsese’s film works because of its restraint, Elijah Bynum’s film is a blunt object, meant to whack the audience in the face with how dark and grim the world of the movie is. There are attempts to tackle social topics, such as toxic masculinity and the black experience in America, but those are all subservient to the film’s oppressive mood.

To be fair, Magazine Dreams certainly inspires sustained tension. On a technical level, the film is immaculate. The thumping soundtrack – composed of everything from the original score of Jason Hill (Mindhunter) to diegetic metal, pop, and rap music – locks into the audience’s heart rate and elevates it, while cinematographer Adam Arkapaw (True Detective) crafts crisp images that will certainly be catnip for burgeoning cinephiles ready to gawk at frames drenched in perfectly considered neon and shadow. Regardless of how the film overall comes together, sequences such as Killian smashing up a business that he perceived wronged his grandfather are fraught with terror. One can’t help but be glued to the edge of their seat.

Of course, that’s not always a good thing. There’s no denying that Jonathan Majors is doing a lot of acting in this movie. He truly goes for broke, in every conceivable way. Unfortunately, that includes a never-ending series of shouting scenes and a bizarre choice to play his character as potentially mentally disabled (?). Killian is a tornado, tearing through the world around him. What Majors forgets to do here is add a layer of humanity – save for a couple of admittedly crucial scenes. It’s a flashy performance for a flashy script. It demands attention, at the loss of deeper insight.

In fact, the role of Killian Maddox feels almost exploitative, like Magazine Dreams is inviting to gawk at Killian rather than understand him. He’s a wrecking ball of a character. His interactions with women – be it his coworker Jessie (Haley Bennett), his therapist (Harriet Sansom Harris), or a prostitute (Taylour Paige) – are played for maximum discomfort. If you’re going to do a Travis Bickle kind of character, you have to remember that what made him scary is that the darkness was subtle and gradually built up. There’s not a frame of this movie where there isn’t something clearly wrong with Killian.

That could be an approach that works. However, as the film comes into its second half, things go off the rails. A series of incredibly tragic events plunges the film into territory that can’t be taken back. Echoes of real-life tragedy are sure to leave jaws on the floor. There’s an overwhelming sense of dread that keeps growing and growing, to the point where it stops being tragic and almost begins to be darkly comical in terms of how much they can pile on this character. A big, explosive breakdown in a diner inspires laughter, and it’s entirely unclear if that was remotely the intent. It comes off as trashy, the kind of “look at me, I’m crazy!” scene that people expected 2019’s own Taxi Driver riff, Joker, to have.

Still, whenever sequences such as an absolutely chilling confrontation set to “Because the Night” by Patti Smith happen, it’s hard to deny that there is a unique intensity to Magazine Dreams. Heck, there may even be something to Jonathan Majors’ performance, because it will be remembered beyond a shadow of a doubt. Elijah Bynum is a filmmaker who clearly radiates talent. Whether or not Magazine Dreams is successful at what it sets out to do, it’s a work of provocation. For as baffling as it is, it’ll inspire conversation for a long time to come. And watching something so different – no matter how much it can wildly miss the mark – is something to be celebrated.