How do you take a character with a name like Captain America and make him work in the modern world? How do you take a character full of self-righteousness, with seemingly no flaws, and who always does the right thing, and make him interesting? Marvel found their answers to these questions in Joe and Anthony Russo. The Russo Brothers were known as directors for Arrested Development and Community, and were Marvel’s first real oddball choice to helm one of their massive blockbusters. Captain America: The Winter Soldier was met with overwhelming critical acclaim and box office success. It instantly turned Captain America into a hero for the modern age, skyrocketing his popularity to match Iron Man, and similar to Christopher Nolan’s Dark Knight trilogy, it changed the conversation on what comic book movies could be and how they are viewed as art. Make no mistake, The Winter Soldier is not just one of, if not the best Marvel film to date, but one of the best films ever made. 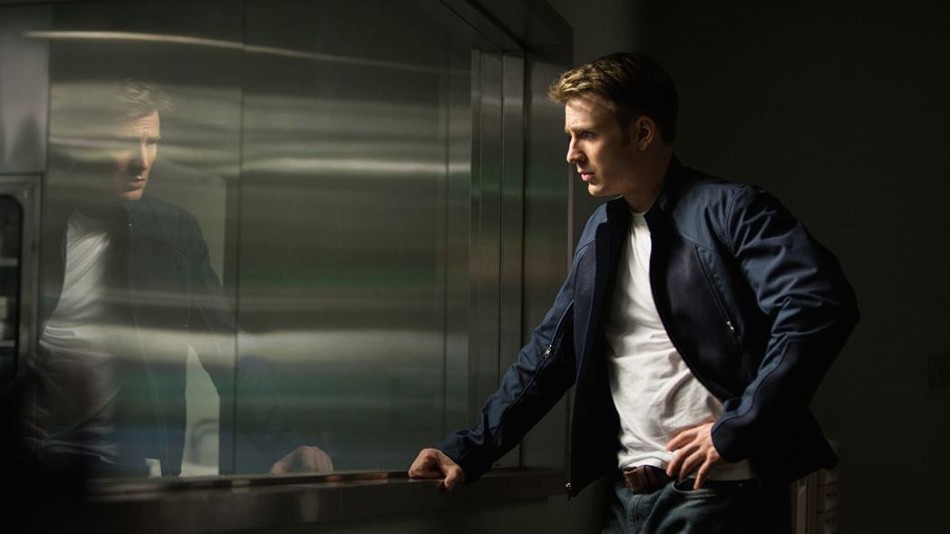 Steve Rogers is still adjusting to life in the digital age, while working as part of a covert strike team for S.H.I.E.L.D.. Gone are the flashy colors of his Avengers costume, instead we have dark muted tones decorating the Star Spangled Man. Steve takes issues with all of the lies and secrets that surround S.H.I.E.L.D. and how they operate, and isn’t afraid to bring his thoughts to Nick Fury. Fury shows him Project Insight, a fleet of armed helicarriers that will remain in flight, and have the ability to instantly wipe out anyone or anything that are considered threats. Fury insists that it’s in the name of safety and prevention.

“Holding a gun to everyone on Earth and calling it protection. This isn’t freedom. This is fear.” Steve remarks. It’s this concept that makes Winter Soldier resonate strongest, giving us a superhero film that reflects our own world and issues. S.H.I.E.L.D. is an organization that can spy on anyone and everyone, through whatever means necessary, and now, in response to the growing number of threats, can take out targets at will. This level of government oversight has echoes of our own, in the wake of scandals such as Edward Snowden’s whistleblowing of the NSA to Facebook’s Cambridge Analytical debacle.

Fury heeds Steve’s words, raises his concerns to Alexander Pierce, head of S.H.I.E.L.D., and gets marked as a target for assassination for his troubles. Steve learns that Hydra, the science division of the Nazis, has secretly been growing inside of S.H.I.E.L.D. and other parts of the U.S. government, taking control of the highest positions of power. This made by possible by the U.S. themselves, who brought in Nazi scientists to work for them following World War II (which is actually something that happened). Dr. Zola, second in command to Hydra’s Red Skull, has taken command and concocted an algorithm that determines who on Earth could ever pose a possible threat to Hydra, and then the helicarriers will wipe people off the list, resulting in thousands if not millions of deaths.

“The 21st century is an open book. Zola taught us how to read it.” All of these real-world political anxieties hit home and reflect our worst nightmare come true in stark reality. This film is even more relevant today in a world post-Charlottesville and the election of Donald Trump. It reveals the dark underbelly of the American conscience, an evil that was allowed to grow unchecked for decades, and is now back out in the open in full force. It’s a feat that this kind of layered, realistic storytelling can exist in a universe of aliens and magic, and it can only work in the new darker approach the Russo’s took with Captain America.

Steve Rogers, with all of his old-world ideals and philosophies, can’t possibly exist in the modern world of deception and gray morality. And that’s how you take Captain America, a character that by all means should be Superman-levels of uninteresting, and turn him into one of the most popular and fascinating heroes of all time. Steve’s sense of right and wrong is pushed to its limits; he is consistently challenged and faced with impossible odds where the easy solution would be to sacrifice his morals to achieve victory. While navigating a world that is unfamiliar to him, he is facing the fact that his past life is over, Peggy is elderly and on her death bed, the two of them never meant to spend their years together, and the organization that she founded is harboring and being run by the very enemies the two of them swore to defeat.

Steve realizes that to take down Hydra, he has to take down all of S.H.I.E.L.D.. The very foundations that S.H.I.E.L.D. was built on have to be dismantled; they enabled evil to take hold of them. What’s more, Hydra has The Winter Soldier at their disposal, Steve’s best friend Bucky Barns. Bucky was presumed KIA during World War II, but Hydra found him, tortured and experiment on him, and have turned him into a ruthless assassin. Steve’s moral compass points him in the direction of wanting to save Bucky no matter what, but he has to confront the fact that he may have no choice but to kill his old friend. Everything in The Winter Soldier exists to challenge Steve’s ideals, and his drive to do what is right comes into conflict with itself. He can’t save his friend and the world at the same time. But he tries to do so anyway. 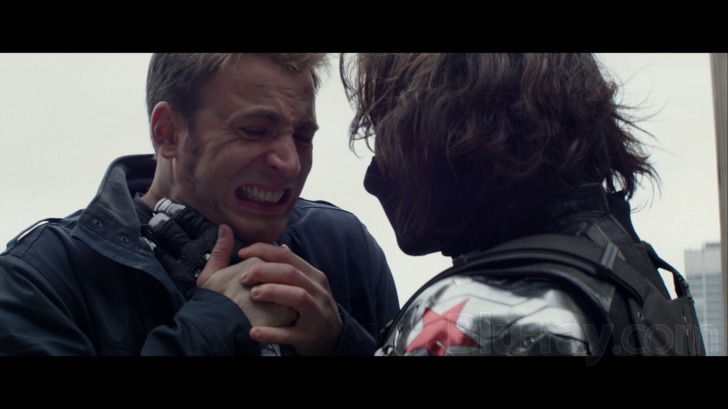 Bucky is a dark reflection on what Steve Rogers could become: A blunt instrument who obeys orders without question. Steve’s obligation to save his friend is in part because Bucky is the last remaining piece of the world Steve lost. He can’t let it slip away from him again. This unrelenting drive to get through to Bucky’s humanity and save him is what finally begins to break into Bucky’s mind. He saves Steve from a watery grave and moves on to find himself.

These personal stakes combined with the more grounded plot make for one of Marvel’s absolute best. The Winter Soldier is a masterpiece of a political thriller, from Nick Fury’s dying words of “Don’t trust anyone” we are sent on a speeding ride full of intrigue and mystery as Steve and company attempt to evade their pursuers. The Russo’s deliver the best action sequences to ever be a part of the MCU. Nick Fury’s escape through the streets of Washington D.C. is one of the greatest car chases of the past decade, and Steve’s fight against Bucky is a nonstop, nail-biting hand-to-hand brawl with the best fight choreography I have ever seen in a superhero film.

The Winter Soldier works tremendously on practically every level, but as with First Avenger, Steve and his morality and humanity are what work best and appeal to everyone. In the climax of the film, Steve calls upon all of S.H.I.E.L.D. to stand up and defy Hydra, to stand with him and do what’s right, even if the odds are stacked against them. “I know I’m asking a lot. But the price of freedom is high. It always has been. And it’s a price I’m willing to pay. And if I’m the only one, then so be it. But I’m willing to bet I’m not.” He always gets the best lines. This is what Steve Rogers is all about, and he inspires all of us, he calls on us to be heroes no matter what, to prove that any of us can do what’s right regardless of who we are, where we come from, or what we have. He appeals to the best among us and the best within us.

Donning his original red, white, and blue uniform, Captain America takes down both Hydra and S.H.I.E.L.D. Lying on the beach, battered and bruised, Steve finally leaves the past behind him. He knows what he needs to be in today’s world. And he has friends, old and new, who will stand alongside him, because they trust him, and believe in him. They will always believe that he knows what the right thing to do is. Steve Rogers is a leader, and in The Winter Soldier, Captain America becomes exactly that: A leader of America and all that it should stand for and all that it should be.

Connections to the MCU: Doctor Strange is named as a target by Hydra and Maria Hill goes to work for Stark Industries. The fall of S.H.I.E.L.D. would become one of the most significant and impacting events of the MCU, and have extreme ramifications.