Home » Skyscraper – Big and Dumb with Plenty of Cheese, but Solid Enough to be Fun
Film

Skyscraper – Big and Dumb with Plenty of Cheese, but Solid Enough to be Fun 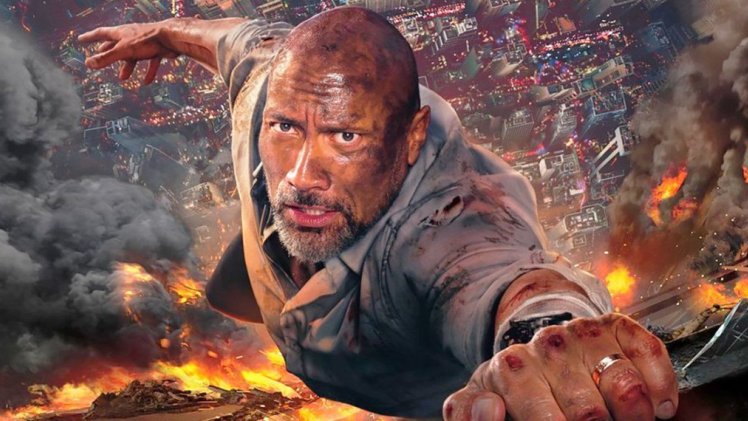 How far would someone be willing to go to save and protect their family? This is the question posed by Skyscraper, the latest Dwayne “The Rock” Johnson blockbuster. There’s nothing new here. Johnson plays the Good Guy who’s also a good guy (he attempts to save the life of someone who’s killed in the film’s first fight) that will do anything to save his family. He does the impossible against impossible odds with the help of his godly physique, and we the audience cheer him on and root for him, as does the citizens of Hong Kong, where the film takes place. I mean that literally. The superhuman feats that Johnson’s character, Will Sawyer, achieves are broadcasted to the masses throughout the entire film, and we get constant cuts to people watching. Is it a meta kind of thing? I can’t really decide. 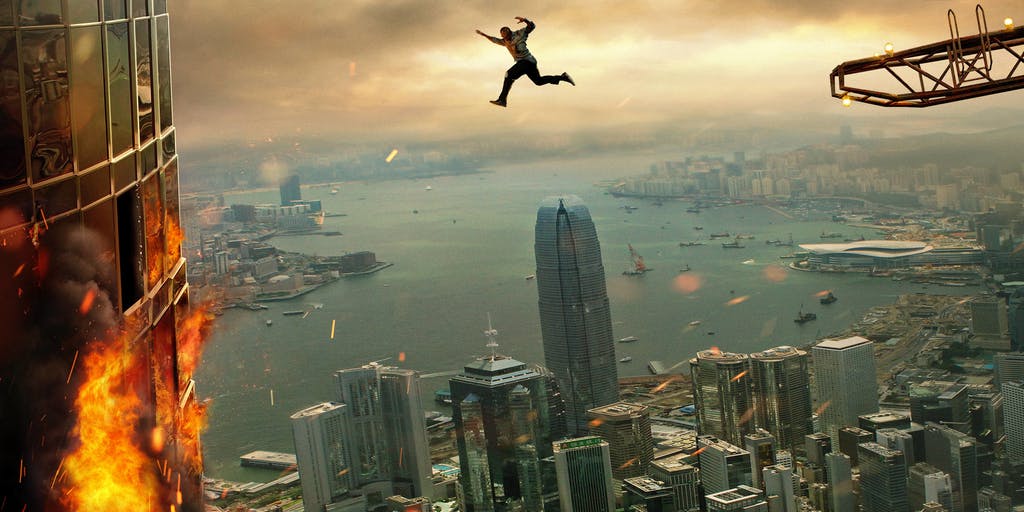 So what’s Skyscraper about? It’s pretty straightforward. Will Sawyer, an ex-something (hostage negotiator? Marine? Seal Team Six member? It’s never very clear), lost his left leg in a hostage situation gone wrong, and has now retired from the service to become a security analyzer. His latest assignment takes him and his family to Hong Kong, where he’s assessing the security of the tallest building in the world, The Pearl. Created by genius business tycoon Zhao Long Ji (Chin Han), The Pearl is three times the size of the Empire State Building, and has everything from waterfalls to living areas to shops and more. Just before The Pearl is set to open for business, some bad guys show up to set it ablaze, trapping Sawyer’s family inside the burning tower.

The odds are stacked against Sawyer. His family is trapped all the way up on the 96th floor, he’s back down on the ground with no good way to get up there, there are men with machine guns swarming the building to get to Zhao, and on top of all that, Sawyer gets framed for this act of arson, so he’s on the run from the police as well. Johnson is the biggest action star of today, both figuratively and literally, and his natural charisma seems to just carry whatever movie he’s in, no matter how cheesy or silly. And Skyscraper certainly is those things. 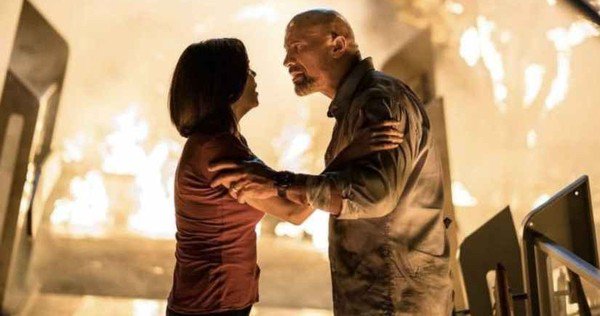 It has incredibly cheesy moments, such as the citizens of Hong Kong cheering Sawyer on as he scales the side of the enormous building, dialogue that can only exist in a movie and would never actually come out of a normal human being’s mouth (“If it can’t be fixed with duct tape, you’re not using enough duct tape” Sawyer says as he patches up a gaping wound in his chest), and plenty of feel-good family-hugging moments. The villains are uninteresting and bland, their motivations unclear, and their tactics just plain confusing. At one point they kidnap Sawyer’s daughter and then just….leave him alone in a room that’s not locked or anything. They plan to escape the building that they set fire to by parachuting off of it, as if the police couldn’t easily see where they land. Speaking of the police, they come across as downright incompetent, never once bothering to try and enter the building (there are also no firefighters to be seen, which is hilarious) or send a helicopter to help rescue the people inside.

For all its cheesiness, Skyscraper still manages to not be a disaster, or even that bad of a movie. It has a solid emotional core; you like Sawyer and his family and you care about their plight and want to see them reunited. His wife, Sarah (Neve Campbell), is a badass who is given plenty to do instead of being forced into the role of “wife who needs saving”. The back and forth of Sawyer and his kids’ “Daddy loves who?” “Daddy loves me.” is very sweet and Johnson’s performance, while uneven (there are times where he comes across as just way too calm in relation to the situation he’s in), is strong and he even surprises in a couple of moments. It only makes me wish that we could see him in some more dramatic work that knows how to cater to his strengths. He just might have the chops for it.

Skyscraper was written and directed by Rawson Marshall Thurber (Dodgeball, We’re the Millers, Central Intelligence), and he swaps out his usual comedic flair for an attempt at a more serious action drama. It’s a bit of a shame. Skyscraper could have benefited from some extra comedic quips thrown in, especially during the sillier moments. Either that, or frame the comedy around Sawyer; have him tell jokes out loud in order to keep himself sane and composed in the face of the dire odds that are against him.

When all is said and done, Skyscraper is a perfectly passable action movie. Sure, it’s an obvious Die Hard rip-off, but it has plenty of heart and, to its credit, some visuals that are sure to give audiences severe acrophobia. It’s exactly what you expect it to be, and that doesn’t have to be a bad thing. The Chinese representation is good to see, as is the lead character being a disabled veteran who’s prosthetic leg ends up saving his life several times. It’s a movie that shows that there are no limits to what a parent will do in order to save their children, even in a foreign land. It’ll be interesting to see how many people will cheer Sawyer on in the theater as they disregard and scold the parents at the border who are attempting to do the same for their children. How far would you go? What obstacles would you be willing to overcome?