“A.X.L.” – The Teenage Sports Drama is More Fun Than the Robot Dog 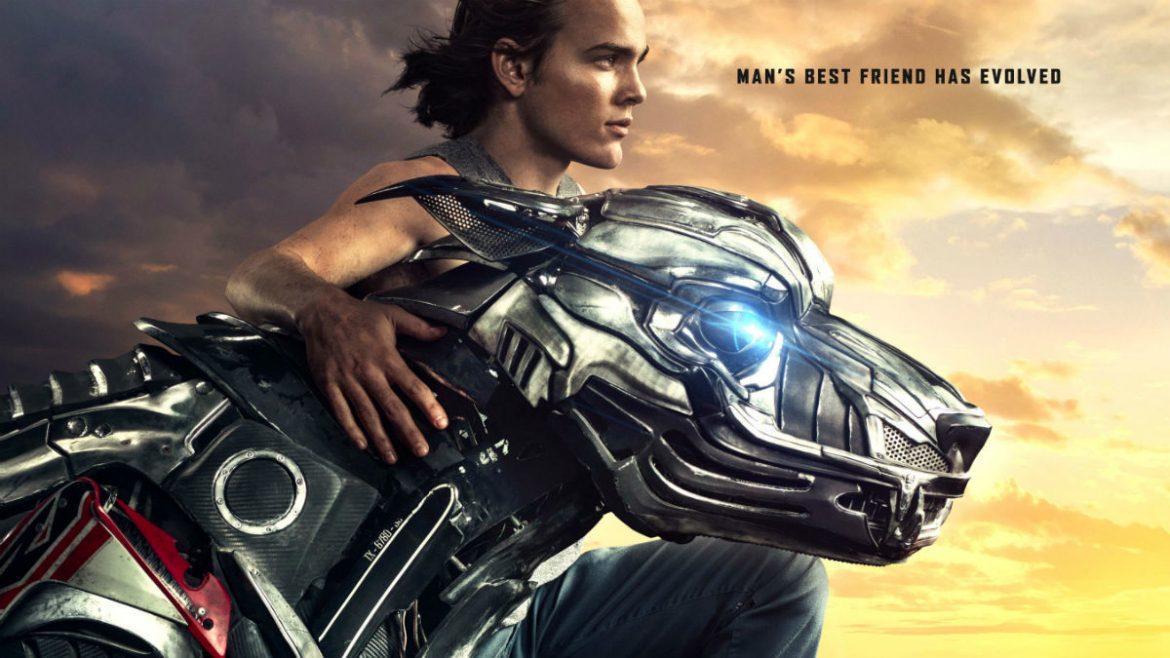 Last week, audiences went back in time to witness the very first bond between man and canine. This week, we go a little bit into the future with A.X.L., to witness the first bond between man and robot canine. Well, maybe not the first (remember the Tekno toys?). Yes, this is the second “boy and his dog” story in a week, but where Alpha gave us a memorable good doggy story with a solid emotional center, A.X.L. feels hollow, and the robotic canine star can’t sell enough emotion through its metallic shell.

A.X.L. follows Miles (Alex Neustaedter) a young man who has dreams of being signed as a motocross racer. While extremely talented, Miles is often at a disadvantage due to he and his father (Thomas Jane) not being as financially well off as some of the other racers. When Miles wins a local competition despite the odds, he draws the attention of rival racer Sam (Alex MacNicoll), who’s family is extremely wealthy, and Sara (Becky G), a quiet young woman who’s mother works for Sam’s family. Miles eventually stumbles across A.X.L., a cutting-edge robotic war dog that was created by the military, but here’s the weird thing about this movie. The first act, without any secret government facilities and no high-tech robots, is far more engaging than the rest of the film.

The teenage sports drama that begins to unfold at the start of the movie is genuinely entertaining, but then it all sadly gets shoved aside to make way for the military robot dog story. It plays like a Disney Channel original movie, albeit one with a good budget, and I mean that as a compliment (some of those movies are solid). Neustaedter (Colony, Ithaca) and Becky G (2017’s Power Rangers) are as flat as can be, and their characters lack any sort of real personality (Sara likes to spray paint, but a character trait does not equal personality), but they’re brought together by Sam, the one bright spot of the teenage cast. MacNicoll (13 Reasons Why) plays Sam as a sort of sneaky kind of jerk. You know right away that he’s arrogant and a total dude-bro, but he acts genuinely friendly toward both Miles and Sara, until he doesn’t. He’s much more conniving than most douchebag antagonists you’d find in a film like this, and MacNicoll always looks like he’s planning out his next move behind his eyes. His work alone is enough to get you to root for the heroes, as uninteresting as they are. 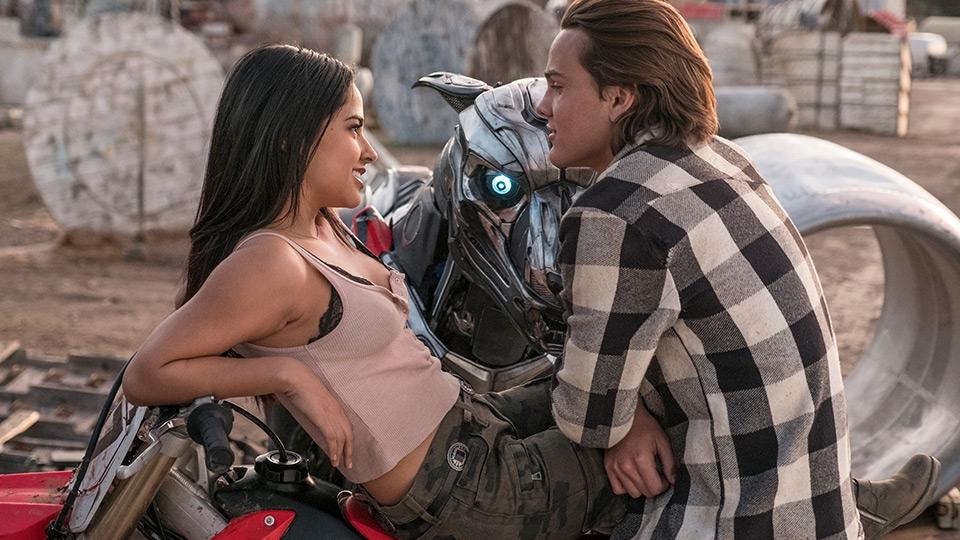 Once A.X.L. arrives, the film grinds to a screeching halt, becoming boring and even downright silly. A.X.L. (Action, Exploration, Logistics) himself is a pretty impressive effect. He appears to be mostly practical, giving Miles and company (and the audience) something to actually look at and touch, but the dog’s flaws are in its overall design. A.X.L. is kind of ugly to look at, his robotic noises get annoying fast, and his face isn’t able to convey enough emotion for you to feel much towards him. That’s a massive problem for a dog movie, where the whole point is to emotionally manipulate audiences using man’s best friend and their adorable wittle faces.

There’s a lot that doesn’t really make sense once you begin to even remotely think about them. A.X.L. is obviously advanced artificial intelligence, but he literally acts like a dog, barking and wanting to play and chewing on things. Why on earth would his creators put things like that in a machine that was created solely for military operations? He’s taken down completely by fire (this thing isn’t fireproof? Or even fire resistant?), but thankfully Miles and Sara are able to completely fix up the incredibly complex high-tech robot in just a couple of hours thanks to some 3-D printing (makes sense). One of Sam’s friends is constantly live streaming, and every single time we see the stream, it has exactly 1.5 thousand viewers, even when he starts streaming in the middle of the night. A.X.L., despite being built for combat, is hilariously incompetent at taking down anyone, constantly leaping at and missing enemies, leading to him crashing into things. Last but not least, he runs on regular gasoline, instead of something even a bit more advanced. 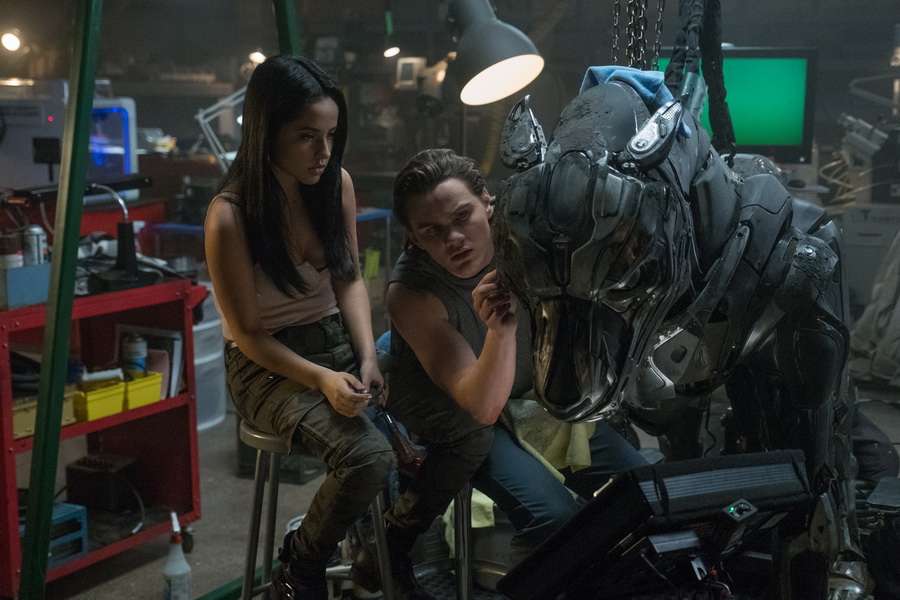 A.X.L. is just incredibly bland. The characters are thin, the acting is stale, the technology is nonsense, the plot is painfully standard, and the runtime is too long. It has good looking visuals for what it is, and contains some cool motocross stunts, but at the end of the day it’s a wholly forgettable flick. A movie like this might’ve been better off being geared more towards younger audiences, and starring children rather than teenagers. It’s not completely terrible or even exceptionally bad, but it isn’t good either. My personal favorite aspect of the film is the instant acceptance that the human characters show towards A.X.L.; when they first see him they’re mildly startled, but then immediately just accept the giant killer robot in their midst, no questions asked. Perhaps audiences are expected to simply do the same.