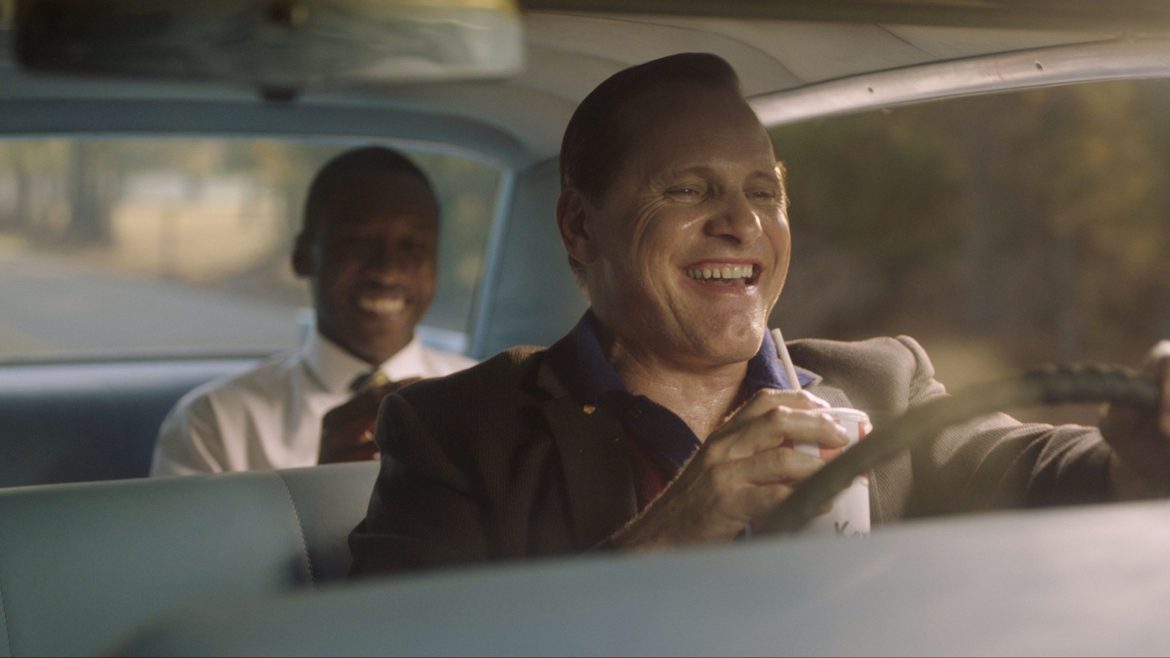 Green Book is being sold as a feel-good road trip movie through the 1960s American south. It seems like the perfect holiday movie for all families; a drama about connecting with others, no matter how different you are, sprinkled with moments of good-natured humor and a lot of heart. Unfortunately, Green Book is a story about American racism told exclusively through a white lens. The director and all three writers are white men, and the story they’re telling frames the issues of racism and the disenfranchisement of black people in the United States as a past-tense issue. Even if the film was meant with the best of intentions, it’s a problem. 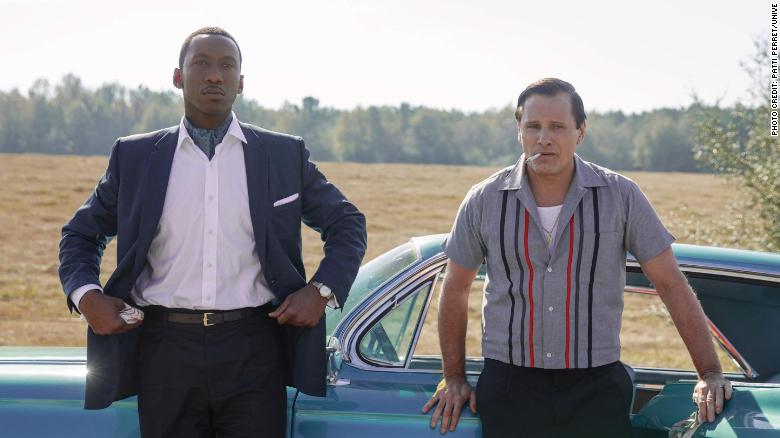 The movie follows the story of the real life friendship between Tony Vallelonga (Viggo Mortensen, gracing us with a rare appearance), an Italian-American night club bouncer, and Don Shirley (the incredible Mahershala Ali), a black classical pianist. Shirley enlists Tony’s help as both a driver and a personal security guard as he tours the Deep South during the era of Jim Crow, and the two become unlikely friends through their travels.

Despite very strong performances from the two learning men, Green Book is significantly problematic. The film gets its title from “The Negro Motorist Green Book”, a publication that helped African American travelers navigate the towns and cities of the United States. The book would outline which establishments, be they restaurants, lodging, or shops, were deemed “safe” for African Americans, or if they would even serve them in any capacity. It’s an essential piece of black history, but Green Book takes its title completely in vain, barely mentioning the very thing it’s named after. In fact, Shirley never even looks at it; it’s Tony who we see leaf through it a couple of times. 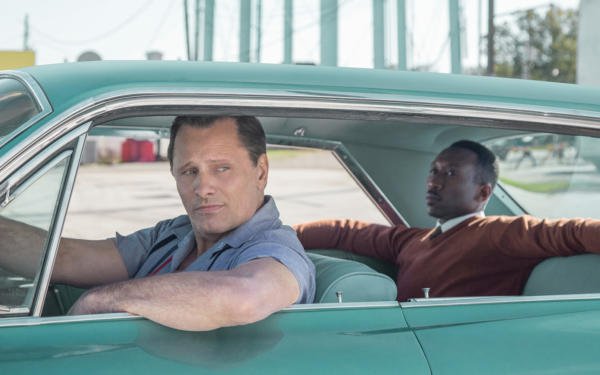 Despite seemingly being about two characters, the majority of Green Book is told from Tony’s perspective, and this is possibly the film’s greatest failure. By making Tony more of the lead, and having the core of the movie be about him overcoming his own prejudices and growing into a more accepting person, the  whole thing unintentionally (well, I hope) becomes a white savior film. It’s Tony who deals with more conflicts as he protects his new black friend, and Shirley is never given the time to truly experience the horror of the racism that he most certainly would have in that time and place. It shows us some, yes, of course, but it seems tame, and Shirley is mostly relegated to relaxing in the backseat of the car and enjoying the views, rather than directly having to deal with the hatred that the country is so deeply rooted in.

Green Book is something we’ve seen far too often. It’s a lesson on racism told through the idea that friendships and cooperation are the keys to progress, not ever going deeper into acknowledging the true mountain between the oppressed and the privileged. It enforces the notion that if black people want to be treated better, they have to meet white folks half way, and conduct themselves in a manner that only they find acceptable. It takes white people by the hand and steers them only into places that they’re comfortable with. It spoon-feeds the white audience the simple fact that “racism is bad” without actually making them feel any real sense of guilt or showing them that while things have certainly improved, we still have a long and winding road ahead of us. The sentiment then becomes “racism WAS bad”, and those audiences will leave the theater feeling glad that all of it is behind them. It’s irresponsible at best, and at worst, it’s offensive. 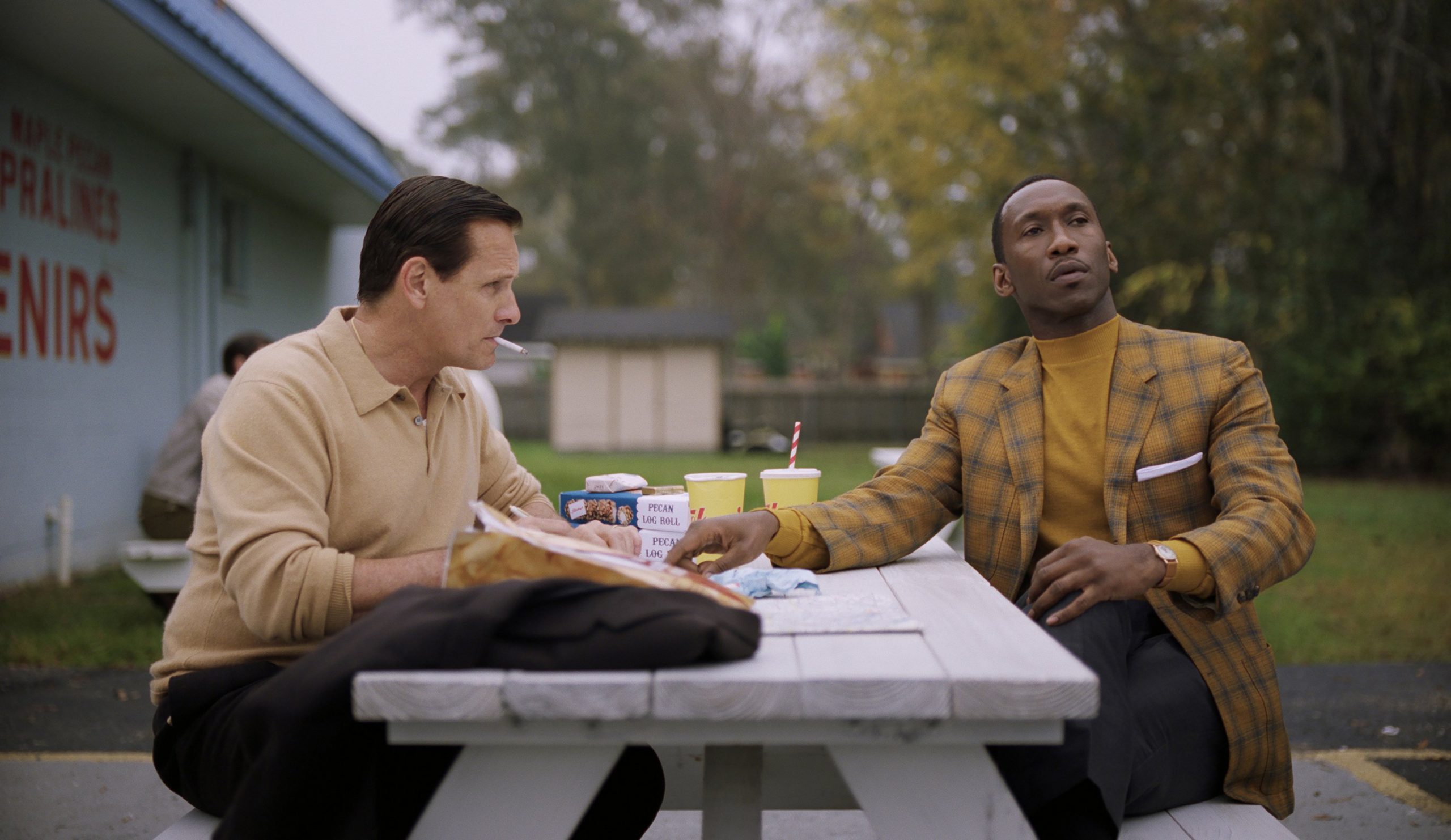 Director Peter Farrelly, the man behind hits such as Dumb and Dumber, There’s Something About Mary, Shallow Hal, and Hall Pass, among others, was just a poor choice for helming this project. It doesn’t seem like he was interested in, or capable of, crafting a film that actually explores how black people experienced living in the Jim Crow era and what it was like for them to travel to parts unknown during that time. Green Book is certainly well-made – the dramatic moments are sufficiently dramatic and the comedy is solid, but the end result is still a good bit bland, generic, and unchallenging.

Is Green Book a bad movie? From a filmmaking perspective, no, Green Book is a pretty good movie. It has terrific performances from two of Hollywood’s most talented leading men, and it hits every beat the way that it’s meant to. From a social and historical perspective? It’s bad. It’s irresponsible and dismissive of the very thing it seemingly wants to talk about. It’s a film about black oppression that’s told from the view of white men, and it’s a disastrous choice. It’s also a complete disservice to its title and the historical significance behind the book it’s named after – imagine a film that was actually about the making of the Green Book and its use and impact.

Green Book hopefully won’t become a contender come award season, and Mortensen’s use of the n-word during a recent Q&A has most likely killed his chances for a Best Actor nomination (as it should). But if this is the America I’ve grown to know, white audiences will still flock to it, eager to feel better about themselves when it comes to racial tensions in the country. They’ll love it, talk about how great it is, and leave the theater with thoughts of “Gee, I’m sure glad we fixed racism back in the 60s.” Then they’ll go back to their cars, check Facebook for a minute, like and share posts about running over Black Lives Matter protestors and how Colin Kaepernick is disrespectful to the country and the troops. They’ll give themselves one last introspective look about how colorblind they are and how that makes them a good person, then make their way home, being sure to lock their doors as they drive through “bad” neighborhoods.

It was enjoyable enough that I could get by the obvious BS. Nice review.

It spoon-feeds the white audience the simple fact that “racism is bad” without actually making them feel any real sense of guilt …stoped reading after this line…garbage…holier than thou and but mostly just plain silly, ah because people are white, they are guilty.