The fourth season of ‘SUPERGIRL’ has been steadily improving over the course of the season, slowly evolving into a season of television that can be enjoyed more than I first expected. The last episode, titled ‘O Brother, Where Art Thou?’, served as a stellar introduction to the Arrowverse adaptation of Lex Luthor (Jon Cryer). His storyline is continued in the most recent episode, titled ‘The House of L”.

The episode opens directly where last episode ended, with the first meeting of Kara Danvers, AKA Supergirl (Melissa Benoist), and her cousin’s archenemy Lex Luthor. The two engage in a small fight scene, where we see the effects of the cure used on Lex Luthor to cure his disease last episode, giving him his own set of superpowers. After the small fight, we flash to the main core of the episode: the Lex Luthor flashbacks. The flashbacks begin three years earlier, during the trial of Lex Luthor. Here, we see testimonies from Lena Luthor (Katie McGrath), and James Olsen (Mechad Brooks). This leads into final words from Lex Luthor, who brings the entire courtroom to their knees as they erupt into coughing fits after a great speech delivered by Cryer.

We cut through Lex’s life in prison, including his first meeting with Eve Teschmacher (Andrea Brooks). We transition to six months before present day, where Lex receives a call telling him about the Supergirl copy in Russia that was introduced to us in the Season 3 finale and has been shown throughout the fourth season. Lex travels to Kaznia, where he meets the Russian Supergirl, transitioning into a very well designed title card in Russian. 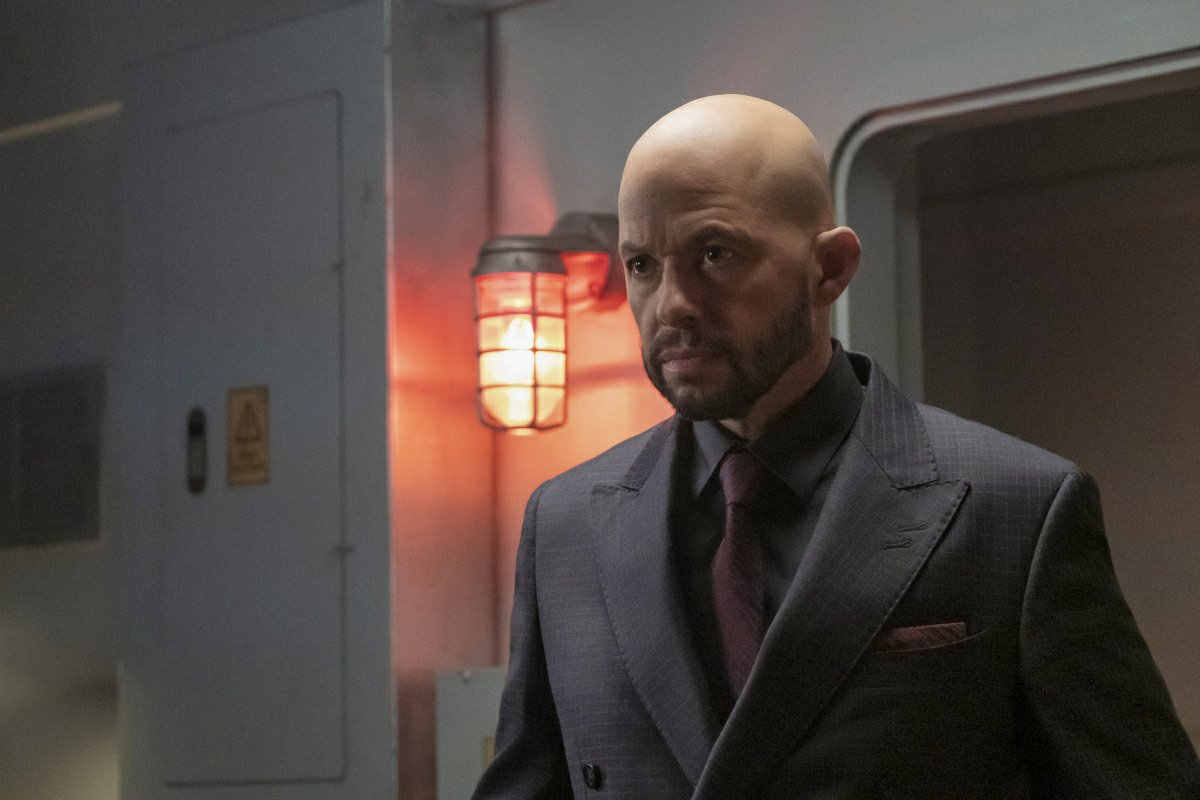 As Lex continues to work with and train the Russian Supergirl, even helping to teach her English, we see that Lex works to push her towards his own goal. After Kryptonite is sent into the air, as shown earlier this season, the Russian Supergirl is heavily weakened. As she is protected from the Kryptonite, Lex finally reveals to her that she is from Krypton, and shows her his identical double: the real Supergirl. 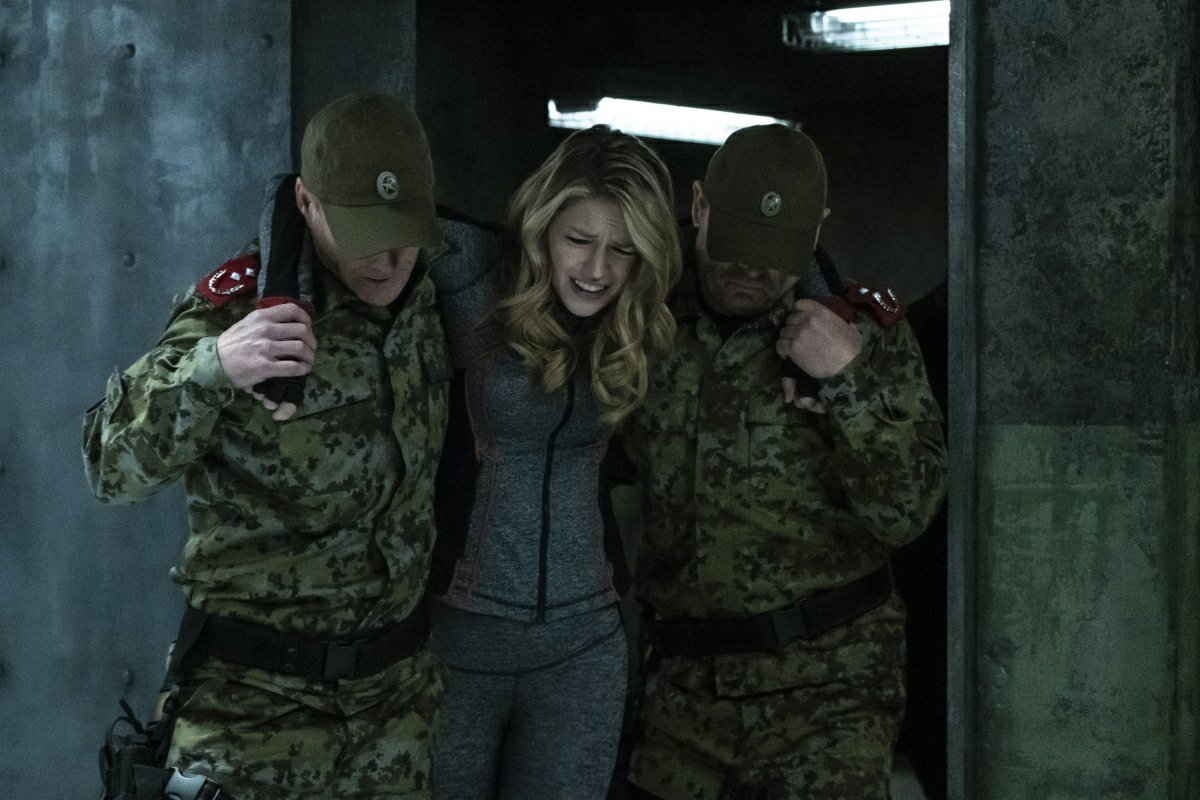 Lex’s plan backfires when the Russian Supergirl rushes into battle against the corporation framed for the bombing. Lex yells at her, and returns to America. A month later, Lex returns to Kaznia after finding out that the Russian Supergirl is dying. In order to gain Harun-El, the Black Kryptonite that can save her, Lex gives himself cancer in order to get his sister to work with and cure him using the Harun-El, as shown last episode. 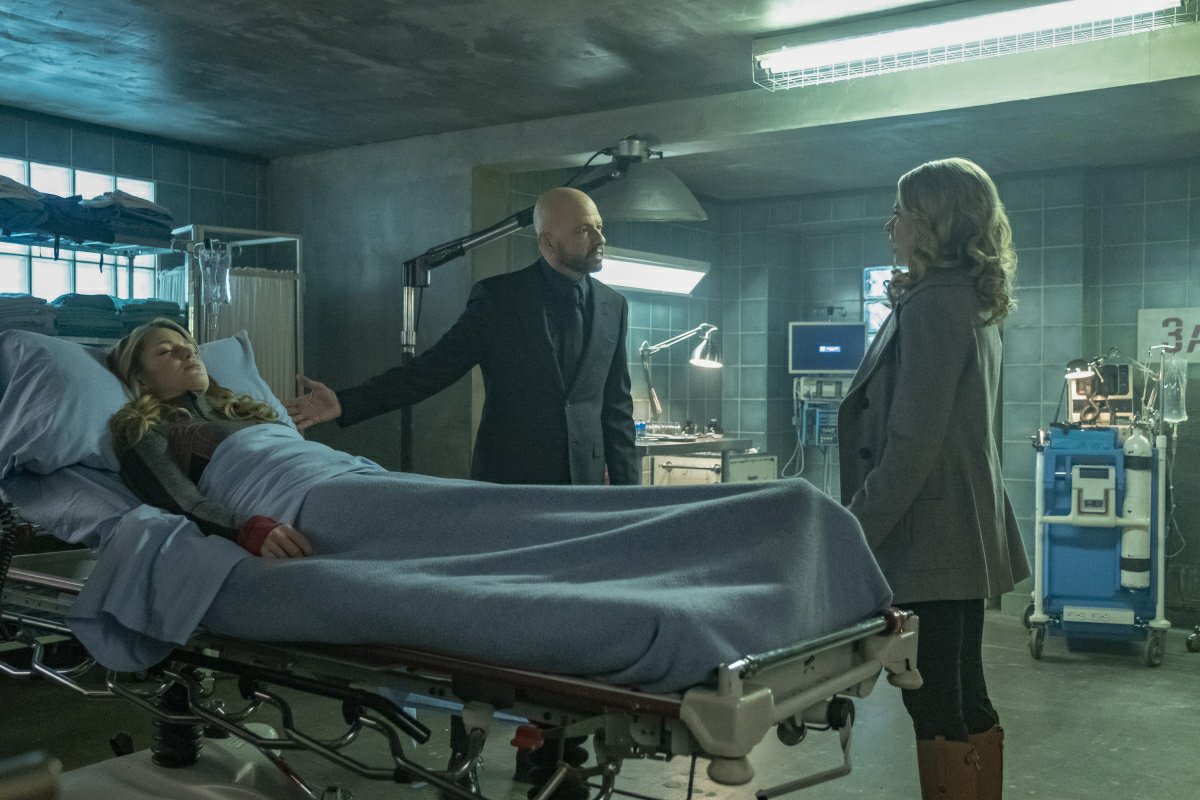 After convincing Lena to help him, we flash back to present day, where Lex uses his blood to cure the Russian Supergirl. Saving her brings her back fully to Lex’s side, and he gives her a suit and officially refers to her by the name many fans have for months: The Red Daughter. As Supergirl meets with James and Alex (Chyler Leigh), Red Daughter takes flight.

After a great, although a bit bumpy, episode last week, Supergirl absolutely kills it this week with an amazing flashback episode featuring great acting from Melissa Benoist and especially Jon Cryer, who proves his worth as an amazing Lex Luthor. The Red Daughter storyline is finally properly developed after two-thirds of a season spent setting it up, and hopefully the storyline is progressed even more as we go into the final stretch of the season.

‘SUPERGIRL’ returns with a new episode Sunday, March 31 on The CW.