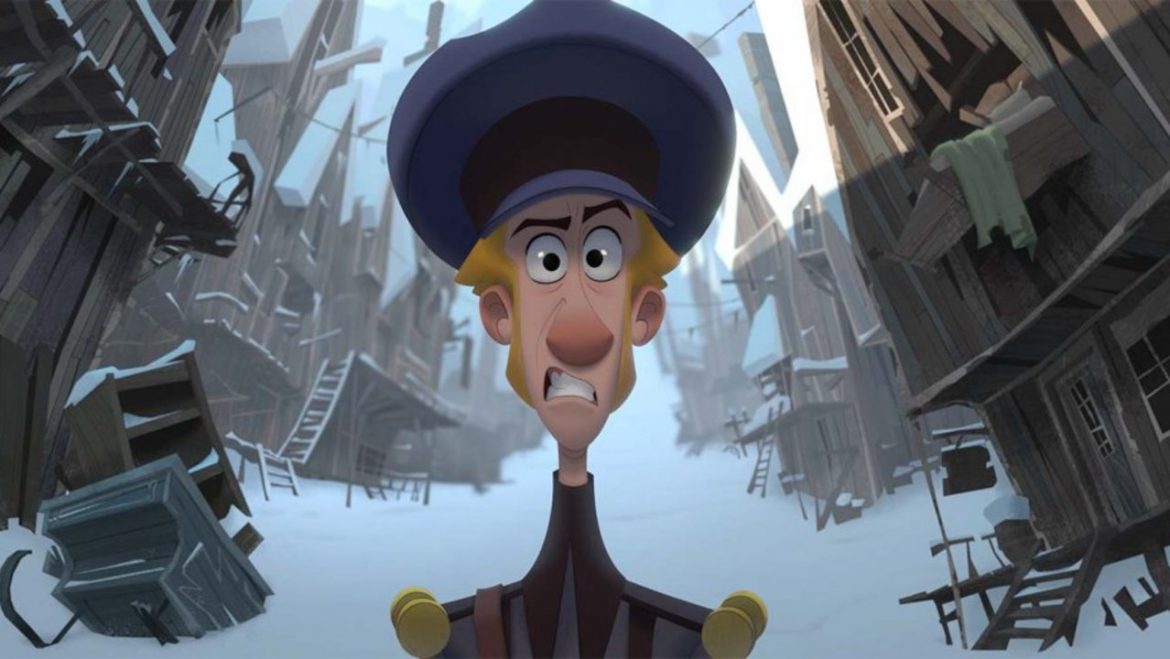 We have a brand new holiday classic on our hands. Klaus, the directorial debut of animator and writer Sergio Pablos, is a welcome return to the holiday season’s magical feelings of warmth and wonder. It is also the triumphant return of beautiful and traditional 2-D animation for a feature film, meticulously done by Pablo’s own SPA Studios. Evoking the glory days of the Disney Renaissance, Klaus earns a spot not just as a holiday must-see, but as a landmark moment for animation.

Jesper (Jason Schwartzman), a young man from a wealthy family in the postal business, enjoys living a pampered and catered life. He despises having to do any sort of work and is content simply laying back while others bear the workload. His cozy lifestyle is flipped upside down when his father, in an attempt to teach him a lesson, stations him to a faraway frozen island. His new job demands him to be the new postman for the small town of Smeerensburg. Jesper receives an ultimatum: successfully deliver 6,000 letters within the year or be cut off from the family. 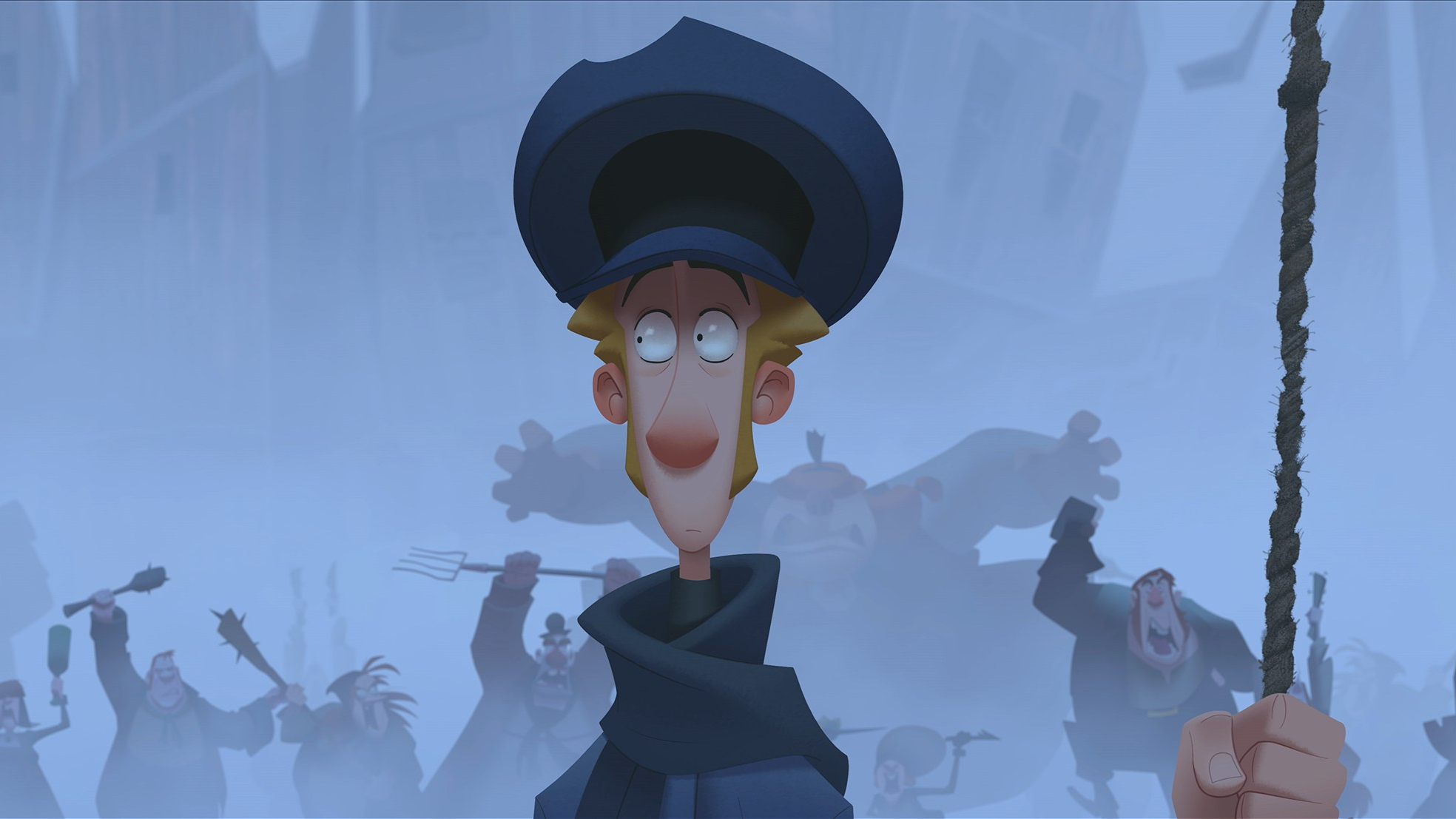 This is a pretty impossible task. Smeerensburg’s residents are incredibly hostile to Jesper and to each other. Everyone is constantly feuding with one another, thanks to the town’s ancient traditions and heritage. The only other outsider, Alva (Rashida Jones), is a schoolteacher who, like Jesper, is unable to perform her job in any capacity. The children are just as engulfed in the fighting as their parents, so none are allowed to attend classes with the others. Alva has been in Smeerensburg much longer than Jesper has and the animosity that fuels the town has begun to take over her as well.

Things look bleak until Jesper discovers Klaus (J.K. Simmons), an abnormally large, silent, and mysterious man who used to be a toymaker. Jesper hatches a plan to have the children of Smeerensburg write letters to Klaus, and in exchange, he will send them a toy. Thus begins the myth of Santa Claus – as Jesper and Klaus deliver the children toys at night, the legend starts to spread among the kids of a giant man who brings you presents if you write to him. Other aspects of the tale, like flying reindeer, coming down the chimney, or knowing whether you have been naughty or nice form themselves mostly by accident during Jesper and Klaus’ nighttime deliveries.

What is immediately obvious about Klaus is just how gorgeous it is to look at. Pablos and his team are animation legends, having worked on films like Tarzan, Hercules, The Hunchback of Notre Dame, Despicable Me, and more. The combined talents of these artists from Disney, DreamWorks, and beyond are showcased beautifully here. The goal was not just to try and bring 2-D animation back into the mainstream, but to apply modern techniques to it as well. This demonstrates what the medium could have evolved into had western animation studios not switched to producing mostly 3-D computer-animated films. Klaus is a momentous success in that regard. 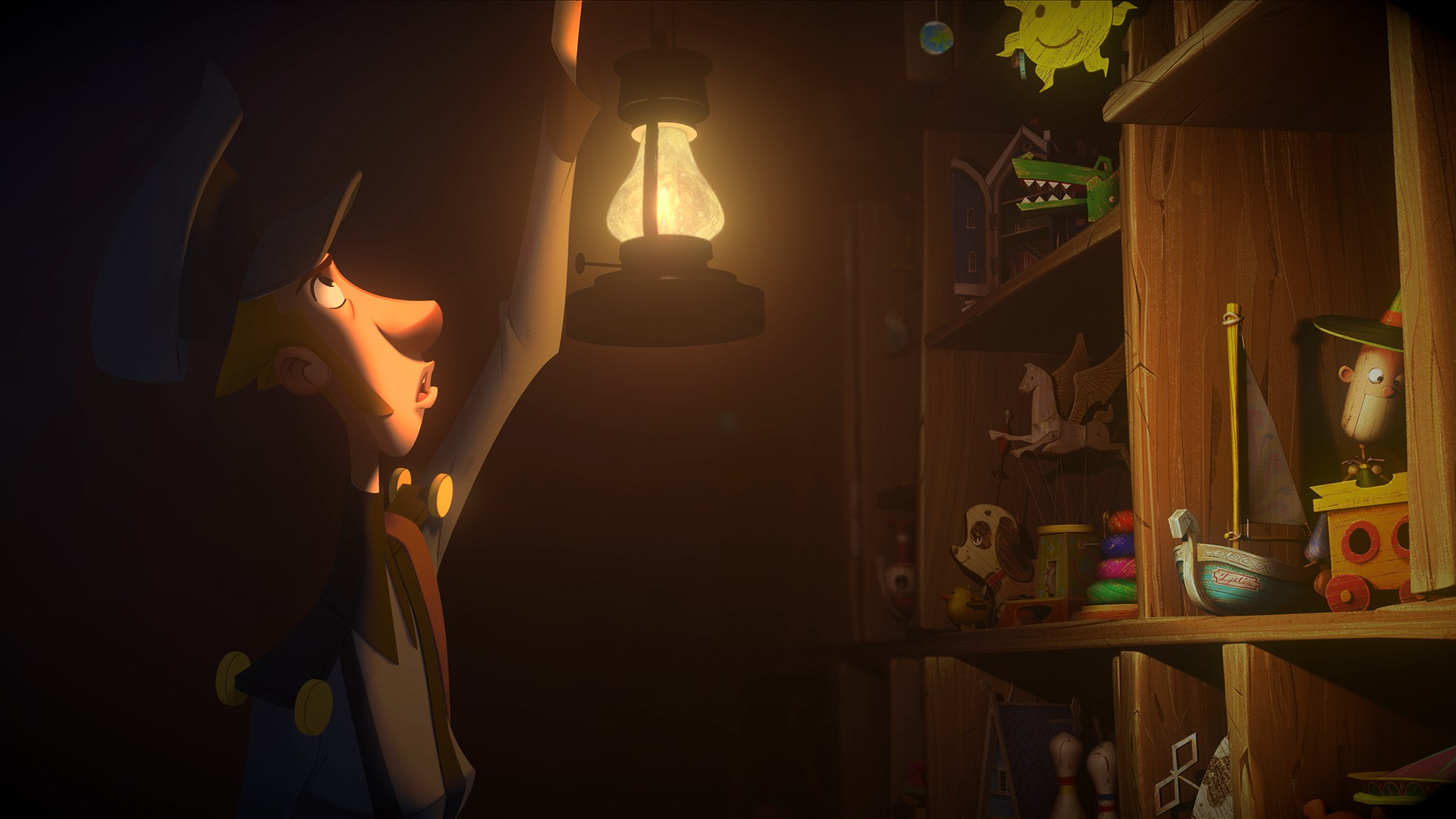 The film’s lighting is the only part done by computers, and the result is phenomenal. It creates the illusion of three-dimensional animation while still clearly maintaining the hand-crafted feel you only get with traditional technique. Klaus is set in a mostly dark and dreary location, so moments of brightness and color are made much more impactful because of that scarcity. The organic-looking lighting only adds to that. Visually, the movie is clearly channeling Disney at the height of their traditionally animated pictures- but it also borrows from those films’ tone, humor, and pacing.

Jesper’s spoiled, selfish, and sarcastic attitude is very similar to Kuzco from The Emperor’s New Groove, and like that film, Klaus is often very funny. It is amazing to see the kind of sight gags that you forget can only be done with 2-D animation. The townsfolk’s various attempts to harm, prank, or outwit each other are consistently hilarious. Klaus, a man of few words, is a fun foil for Jesper’s fast-talking self. This also helps the young postman get a taste of his own lazy medicine as Klaus gets all the credit for the work, despite Jesper doing nearly everything. The children are also quite funny themselves and their naivety works perfectly with Jesper’s attempts to manipulate them towards the main goal. 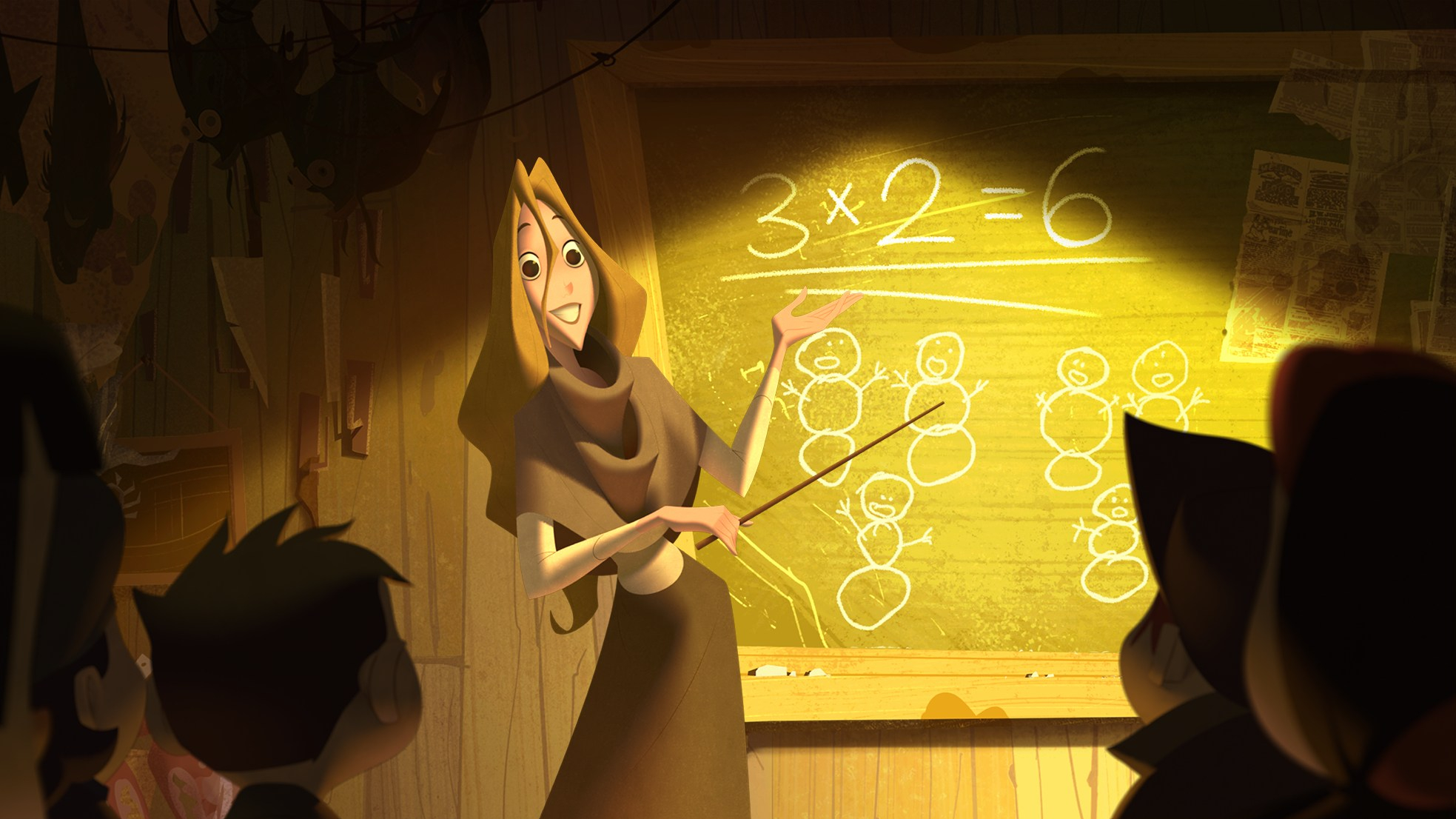 What makes Klaus even greater is its genuine feel of wonder and magic, despite no actual magic being present throughout the film. Klaus is just a man, but believing in a single act of selfless kindness always sparks another. It is heartwarming to witness the children begin to act kinder towards each other, and naturally, the parents slowly begin to follow suit. It all starts with a single letter and this message of communication being the key to melting away hostilities thus creating new friendships is a wonderful one to present to the kids who might be watching.

The film is not without its flaws. Some story beats are predictable and the ending is a bit unclear. Alva, unfortunately, ends up feeling underdeveloped. Scenes of her rediscovering why she came to the town in the first place are great moments, but her overall arc is lacking most of the time. The inevitable romance between her and Jasper feels rushed and unnecessary. While it is probably accurate that this part of the world during this time would be populated exclusively by white people, some more color in the townsfolk would have been nice- especially among the kids. The children watching this need to see themselves represented. It is a fairy tale after all, surely there is room for some leeway in its historical accuracy.

Klaus certainly deserves to be heralded as a new holiday classic. Its fresh take on an old story is done both creatively and beautifully, and it would be fantastic to see this film spark a conversation about a true comeback for traditional animation. Funny, touching, and original, Klaus is a delight for all ages.

Klaus is now streaming only on Netflix!