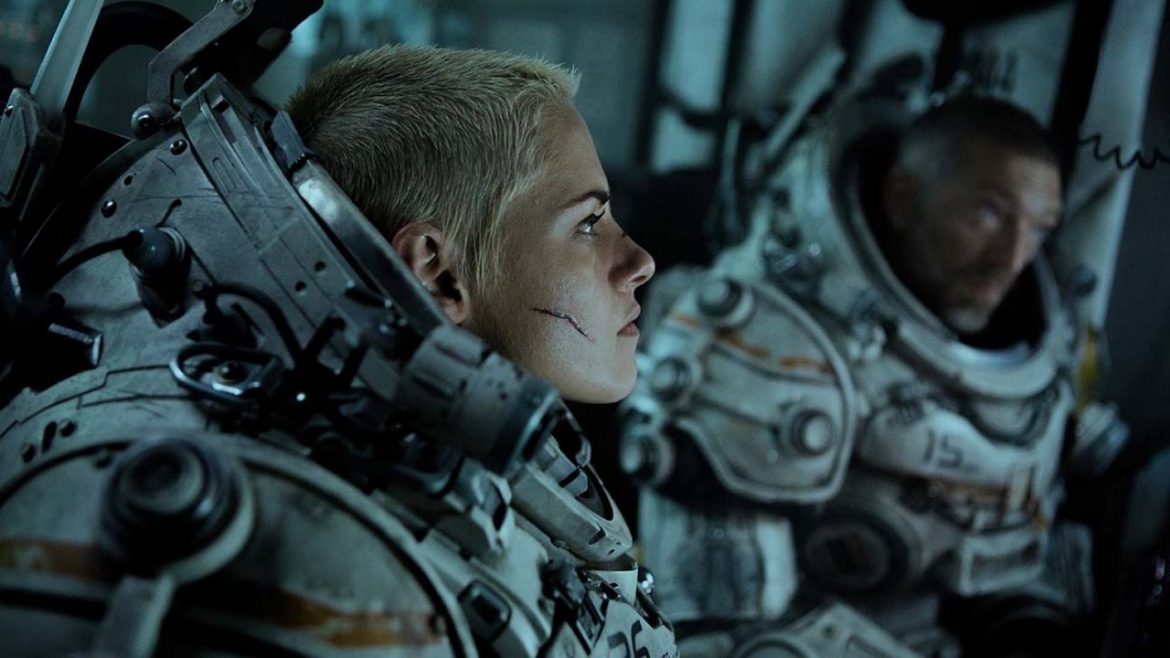 Underwater, the new horror thriller from director William Eubank (The Signal), has received multiple comparisons to Ridley Scott’s 1979 Alien. There is certainly some merit in this praise. Both films feature a tight-knit crew working together in a confined space- for Alien it is a merchant vessel in the farthest reaches of space, for Underwater it is a facility at the bottom of the ocean. Both feature terrifying otherworldly creatures and star a young woman who does not fit the mold of conventional femininity. Underwater never quite breaks past the barrier separating good from great, but there is still plenty of things for fans of the genre to enjoy.

The story follows a small group of aquatic researchers who are left stranded when their subterranean facility is devastated after a mysterious incident. Among them is Norah (Kristen Stewart), an engineer with one hell of a survival instinct. She and the surviving crew, which include Jessica Henwick, T.J. Miller, Vincent Cassel, John Gallagher Jr., and Mamoudou Athie, find that they have no choice but to walk across the ocean floor in hopes of making it to a still-intact part of the facility. However, there are many dangers this deep down in the ocean, some of which have never been seen before.

To its credit, Underwater is a very concise story that never overreaches itself with unnecessary twists or turns. It moves along at a refreshingly brisk pace and its cast is likable enough despite mainly acting as fodder. Stewart and Henwick (otherwise known as the one good part of Netflix’s Iron Fist) are particularly excellent- showing the different sides of shock and trauma in an exceptionally stressful situation. The film’s scares and Lovecraftian monsters are genuinely gruesome and smartly withheld until they can make a real impact.

The thrills are present, but something continuously feels lacking. It is a film that is sometimes frustratingly vague and might have benefited from a bit more explanation and world-building. Who are these people exactly, and what do they do? Why are they down here? The nature of the facility’s work is never really clear, which is a problem in a movie that is about the hubris of man and how nature punishes those who meddle in places they should not be.

We arguably have a better understanding of space than the deepest parts of the ocean thus making the fear of the deep common and entirely rational. I myself have a pretty hefty fear of any water that I cannot see the bottom of. Unfortunately, the weakest parts of Underwater are the scenes in which the crew is, well, underwater. Opposed to the superbly shot and lit scenes inside the facilities, the sequences of the crew out on the ocean floor appear to be mostly digital. This creates a first-person video game-like atmosphere. Enjoyment across viewers is sure to vary, but many will find these sequences far too murky and intangible.

There are many obvious video game influences found in Underwater. The crew’s clunky diving suits that they wear for the majority of the film make everyone look like characters out of Gears of War. Much like that franchise, they wind up restricting the movements of the cast and obscure much of their body language. There are also elements that harken to the best parts of Dead Space. This was probably no accident considering the cast includes Gunner Wright, who voices the protagonist in that horror series.

For the type of movies, particularly of the horror genre, that movie studios usually dump into theaters in January- this is a surprisingly solid one. There is not much to actively dislike and its faults mostly stem from a lack of deeper storytelling. I wish it had gone just a bit further. Give it a chance if you are looking for something quick and fun.

Check out Underwater in US & UK cinemas today!