‘Onward’ Review – Heartwarming Brotherly Love Makes Up for the Rest 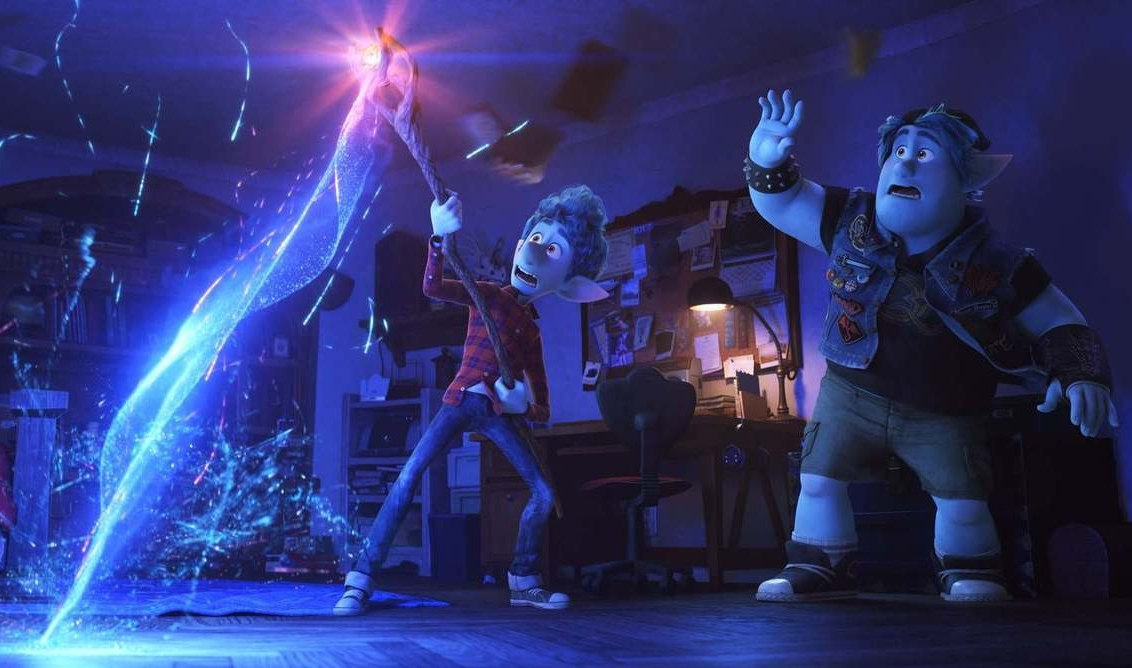 Fantasy has seen a massive resurgence in the past decade thanks to popular series like Game of Thrones and The Witcher, as well as the modern rise of Dungeons and Dragons. Set within rich realms of wizards, dragons, and adventure- it seems obvious that Disney, with their own distinct brand of magic, would want to establish a foothold in the genre. The house of mouse has been attempting to crack their own fantasy world for a few years now to little avail. Alice Through the Looking Glass failed to make a franchise out of Tim Burton’s $1 billion reimagining of Alice in Wonderland. 2018’s forgettable The Nutcracker and the Four Realms was a box office bomb. Maleficent: Mistress of Evil was most recently met with a lukewarm reception.

It is clear that Disney is most comfortable, and at their greatest, when creating animated films (which made them a household name in the first place). Their most successful live-action affairs have been adaptations of their animated classics. Frozen II proved itself to finally be the series the company has been waiting for, becoming the highest-grossing animated film of all time. The title was formerly held by its predecessor. Since Disney still loves to draw a fine line between which properties are for girls and which ones are for boys, Pixar appears to have been tasked with coming up with a fantasy franchise that skews more towards males. The result is Onward, which draws more from The Lord of the Rings and D&D aesthetics rather than the fairy tale roots that create the base for Frozen.

However, the two still share a commonality: the power of sibling love. Similar to how the relationship between Anna and Elsa is the true story behind Frozen, Onward is the tale of two polar-opposite brothers. In the film’s suburban fantasy world, magic and perilous quests are a thing of the past. Elf brothers Ian (Tom Holland) and Barley (Chris Pratt) live in a modern setting much like our own, with smartphones and the like. The two could not be more different. Ian is a skinny, fearful kid that struggles to assert himself, which Holland excels at. Barley is an extremely earnest but overconfident knucklehead.

The boys’ father passed away before Ian was born and Barley only has early memories of him. Things change on Ian’s 16th birthday when he receives his dad’s old wizard staff with instructions for a spell that will bring him back for a single day. Things do not go exactly as planned for the brothers only manage to conjure up dad’s bottom half. The two then set out on a quest to complete the spell before the next 24 hours, taking them far from home and civilization.

Pixar has maintained a consistent level of quality for the past two decades (even with hiccups like Cars 2), and Onward is held to those standards. Its story is focused and well-paced. The humor is sharp, the animation is gorgeous, and its two perfectly cast lead characters are lovable and fully realized. Writer and director Dan Scanlon, who helmed the criminally underrated Monsters University, keeps the adventure enthralling and emotionally rich. As always, Pixar is able to work our emotions without really trying, bringing out tears of both sorrow and catharsis. You could argue that the animation studio (and the company that owns it) is merely good at manipulation. Though just like nearly all of their other work, Onward’s tearjerker moments feel earned and true to its story and characters.

Had this come from any other animation studio, it could be somewhat of a revelation. Falling within the Pixar/Disney catalog is a gift and a curse. Onward is genuinely great, but not one of their best. There are a few things holding it back. The film’s world either does not feel completely fleshed-out or is simply not that interesting at times. This is frustrating considering the fact that Scanlon did an excellent job expanding on the monster world and culture of Monsters, Inc. just a few years ago. The film’s broader theme of the world’s need to rediscover magic, and if there is still some left in existence at all, could certainly be insightful- but the idea remains vague by the end. The impact of Ian and Barley’s magical quest seems a bit insignificant to the bigger picture.

Luckily, Onward smartly keeps its focus on the dynamic between the two brothers, which carries the film through. Their respective arcs stay resonant and lead to a conclusion that is intensely satisfying despite not being the easy answer. Much like the ending of Monsters University, Scanlon avoids a typical perfect ending- providing a more mature lesson for the younger audience. The film’s art direction, led by Bert Berry (Wall-E, Inside Out, Coco), is particularly excellent. The boy’s quest is quite loveable as visuals go from the dark, grimy, and cramped city streets to the sunny and wide-open fields of the mountains.

Onward might not offer anything too new, but it is still a wonderfully solid addition to Pixar’s already-impressive resume. Should it become a success, the opportunity for sequels are there and not something many would terribly mind. Perhaps Disney has found its second fantasy series after all?