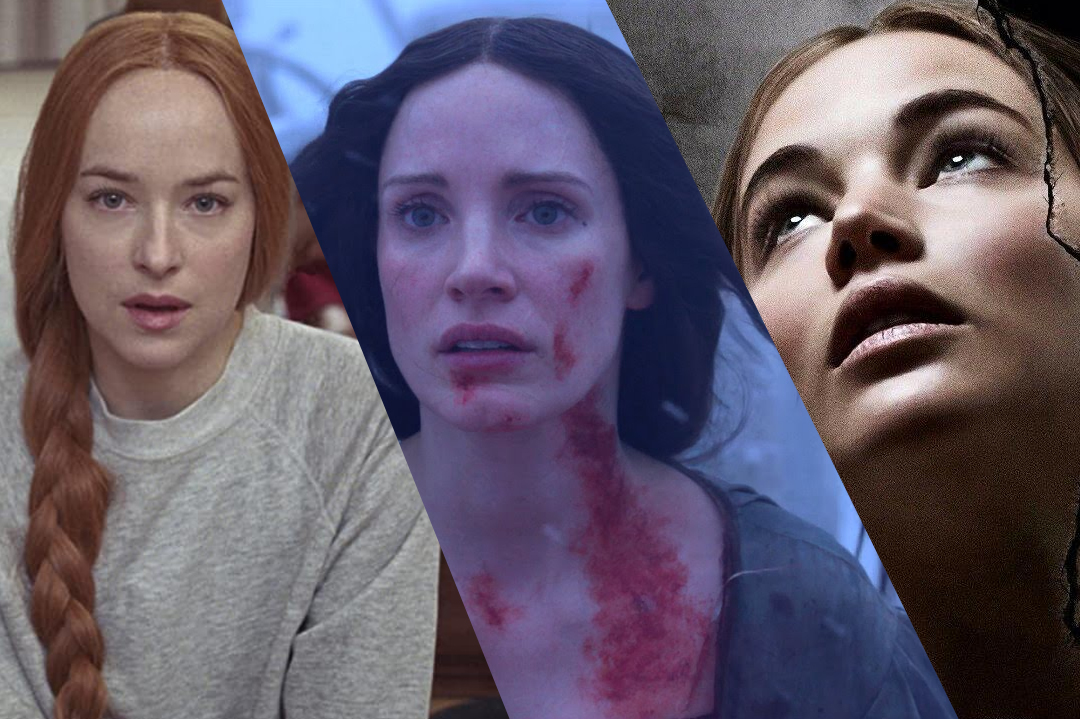 The past decade has seen what some would call a Golden Age of horror. Including the introduction of some of the best new filmmaking voices and ‘newfound masters of cinema’ (a select few directors) of the 21st century. In the state we’re in now, the only way to go is up and this has been seen with some of the best films coming from 2019 and 2020 (The Invisible Man being one example).

With most cinemas closed due to the ongoing pandemic and most being locked down in homes – it seems only right to list some amazing films. This list definitely does not relate to the state of the world and what is right for each person to watch while quarantined, but it provides a look at some of the best horror films of the last decade. While you have time, why not give them a watch?

I haven’t included some brilliant films which comes down to a few factors. Such as these films with aspects of horror; Midsommar,The Lighthouse, The Nightingale, The Little Stranger, Unsane, and A Quiet Place. I personally would not count them as full-on-horrors. Whilst also, genre blends like Bone Tomahawk are not counted. Additionally, if we were counting TV shows, The Haunting of Hill House would be right up there.

So, the list below is a personal ranking of my favorite horror films of the decade for one reason or another. They all mark terrific achievements in filmmaking while being effective horrors at the same time.

Suspiria is horrifying, eerily atmospheric and pitch-perfect precision in every shot. It’s a beautiful nightmare that will chill you to the core.

Incredibly neat, Ari Aster’s first feature is a masterpiece. The birth of a new master of cinema, Aster displays absolute control in the creation of this relentless psychological horror. Hereditary is a smart, tightly woven film that delves to the deepest agonies of familial conflict. A landmark of cinema, it’s also one of the best horror films ever made.

James Wan’s follow-up to The Conjuring delivers spades of soul-shattering moments that quite literally make you sh*t yourself. Effective and nightmare-inducing. The most horror I’ve ever felt.

Courtesy of Entertainment One

Jennifer Kent combines subtlety and psychological depth, forming one of the best horror films of all time and one of the best films of the past decade. The Babadook will leave you terrorised, it’s a nerve-wracking experience.

One of the aforementioned ‘newfound masters of cinema’, Robert Eggers’ feature film debut is an atmospheric film of mastery. Tightly and beautifully made, The Witch will haunt you for days.

Impossibly intense, mother! is almost incomparable to any other experience that cinema has produced.

Ever the poet, Guillermo Del Toro’s underappreciated 2015 film delivers a melancholic, yet shockingly scary tale. Positively exquisite, Del Toro’s sumptuous horror has the elegance of Pan’s Labyrinth and the horror of The Orphanage (which he produced).

Doctor Sleep is Mike Flanagan’s nightmare-inducing and chilling take on The Shining. It is more King than Kubrick, a supernatural horror rather than a more Kubrickian psychological approach. It is different, worthy, and undeniably unforgettable in its capturing of horror-filled imagery.

Clowns. Pennywise. God, this film will fill you with fear. Undoubtedly bone-chilling, yet sweet with its portrayal of the young losers club.

Driven by a beautifully touching, yet terrifying story of a mother and child, Muschietti’s debut truly touched and scared the sh*t out of me. Like Crimson Peak (referencing as Mama is produced by Del Toro), Mama is underappreciated. Muschietti’s short, ‘Mamá’ would be in the top 5 but it was made in the previous decade, go watch it.

Even better than the brilliant Get Out, Jordan Peele’s sophomore film is a triumph of psychological horror. Like all of the films above, Us is beautifully shot and directed. Tapping into the fear of the other, it’s incredibly relevant and beyond that, I’d firmly say that Peele is one of the aforementioned ‘newfound masters of cinema’.

A poetic horror filled with fruitful atmospheric tension and ripe with horror to make you shiver in fear. Once more (like, Mama and Crimson Peak), it’s another film touched by Del Toro’s melancholic and Gothic touch of perfection. It is far scarier than publicly advertised, it will get under your skin.

Many horrors in 2019 scared me. But, in terms of sheer horror, I was scared witless by Annabelle Comes Home. Packed with tension built through the creation of atmosphere and effective jump scares, The Conjuring series marks the best use of archetypal horror tactics to date.

Pulling all the right moves to evoke fear, James Wan holds nothing back in this relentlessly scary and well-crafted horror.

I remember sitting in the cinema not knowing anything. Little did I know I would be left shaken with fear. James McAvoy is undeniably terrific, but a new favourite of mine was secured, that in The Witch‘s Anya Taylor-Joy.

Short, potent and efficient. Lights Out is an excellent mini-exercise in horror. No wonder it kicked off Sandberg’s path to features, then to the superb Annabelle: Creation (which just missed the list).

The first IT is more of a chilling psychological bend into descending-madness, the second is an intense horror-ride to end all rides. Also, Jessica Chastain is fantastic.

Rated a 12 in the UK, HOW? It’s genuinely terrifying.

An effective horror that has an endless supply of cleverly crafted scares and chilling moments. Although, it doesn’t compare to the original Halloween, it remains a standout despite some scripting issues.

Supremely sharp, Morales’ film is a clever little tale that will make you shriek. It has a razor-thin sensibility that is quick and to-the-point, yet it’s rife with slowly-paced scenes of absolute tension. It’s a continually surprising and ever-engaging.