Home » The Potential of Henry Cavill’s Return as Superman
Film

The Potential of Henry Cavill’s Return as Superman 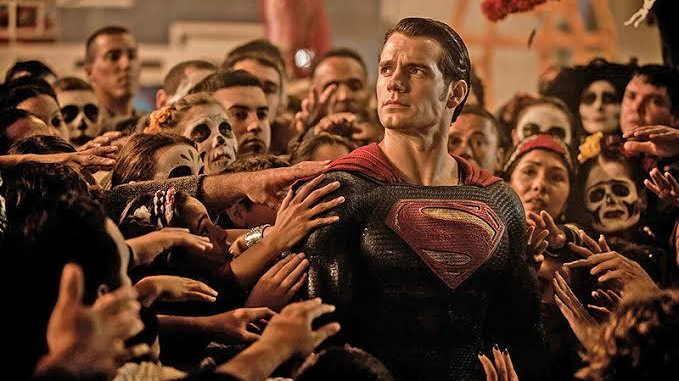 Despite months of reports stating that Henry Cavill was out as Clark Kent/Superman, it seems like the actor will return to bring the iconic character to life in future entries of Warner Bros.’ DC Extended Universe. Deadline first broke the news that Cavill was in talks to reprise his role, with The Hollywood Reporter providing further clarification. Although Cavill’s team and Warner Bros. were both looking at potential avenues for him to return, talks weren’t as finalized as the original reports made them sound. One thing was for certain though: Cavill’s return as Superman is much more possible than it was before.

Another major blow was clear: Cavill isn’t returning for a sequel to 2013’s Man of Steel anytime soon. Reports indicate that the actor will instead appear in other characters’ films rather than receive his own sequel, similar to the role Mark Ruffalo’s Hulk in the Marvel Cinematic Universe. This deal is most likely due to Cavill’s role as Geralt, the lead character in Netflix’s The Witcher. His dedication to the streaming service wouldn’t leave him much time to film an entire blockbuster, given how intense the shooting schedules for these tent-pole films can be. On the contrary, it wouldn’t be too hard to squeeze in small cameos or supporting roles in future DCEU films. The question that now comes to mind, what films can Cavill appear in?

One of the most obvious answers could be an inclusion in 2022’s Shazam 2. 2019’s Shazam was originally meant to feature a cameo from Cavill. Unfortunately, due to Cavill’s Superman status being up in the air and his tight schedule, the cameo had to be pulled off with a body double. With Cavill’s return being more likely than ever, it’s possible that he could actually appear alongside Zachary Levi’s Shazam this time around. Whether it be via another cameo or supporting role is still too early to tell. To even have the two heroes battle side-by-side would be nothing short of an amazing sight.

Another possibility for Cavil”s return could be The Flash, also set to release in 2022. Besides Justice League, whether you like it or not, already establishing a connection between Cavill’s Superman and Ezra Miller’s Flash – the source material for the film could point to Cavill’s involvement. Director Andy Muschietti has confirmed that the film will serve as an adaptation of the infamous comic book storyline Flashpoint. The story features an alternative DC Universe created by Barry Allen’s exploits with time travel. Superman plays a supporting role, as in the Flashpoint universe, Kal-El is taken prisoner by the US government following his arrival on earth. Cavill returning to play this alternate version of Superman may seem out of left field, but it’s still a possibility nonetheless.

As far as other films on the current slate, it gets less likely. Justin Kroll, a film reporter for Variety, claims that Cavill would only appear in films with pre-existing ties to Superman. Wonder Woman 1984 is out of the question for it was completed long before Cavill’s return became more of a reality. It also takes place years before the character dawns the suit. Black Adam is less likely, regardless of how much Dwayne Johnson, who is playing the titular character, has teased a battle between their two characters in the past. Black Adam already boasts a large cast of heroes, as the Justice Society of America will reportedly play major roles. If we do get anything, it might not be more than a Superman cameo. Aquaman 2 isn’t more of a far-fetched choice than The Flash considering the established roots with Superman, as noted by Variety’s reporter. Still, very little is currently known about the sequel’s plot. It’s just too early to speculate how Superman could even play into the story. Other upcoming DCEU films, such as The Batman and The Suicide Squad, are almost definitely not going to include Cavill’s Superman for very obvious reasons.

Whether or not we see Cavill return in any one of these projects, we are definitely seeing him back in costume next year in Zack Snyder’s Justice League, exclusive to HBO Max. With the release of this long-awaited venture, and the potential reception, it’s quite possible that it could impact Cavill’s future in the DCEU. If Zack Snyder’s Justice League does well both critically and financially, it could further lead into the development of a direct Justice League sequel. There might not be a more perfect avenue for Cavill’s Superman to prominently star as a leading hero.

Although a Man of Steel sequel is not likely at the moment, it could be a probability eventually. It simply depends on Cavill’s schedule. He is currently fully focused on The Witcher, which had a very successful first season. It has already commenced filming on its second season, although production is currently on hiatus due to the COVID-19 pandemic. A return to filming is planned sooner rather than later. The long shooting schedule, as well as the relatively quick breaks between work, doesn’t leave much time for Cavill to star in a Superman film. When The Witcher ends, a direct Man of Steel sequel could have a chance, but it’s clear that Netflix has long lasting plans for the series. The chances of Cavill exiting the show, when its proven to be a successful addition to his resume, are also extremely low to non existent. Thus, Man of Steel doesn’t seem like its getting the same franchise treatment as its successors anytime soon.

While the means of Henry Cavill’s return as the intrepid reporter Clark Kent and his powerful alter ego Superman are very much up in the air, fans will surely be getting their Superman fix. Tyler Hoechlin will portray the iconic character in the series Superman and Lois on The CW, which is set to premiere in January. Henry Cavill’s Superman is confirmed to be seen at least one more time in Zack Snyder’s Justice League next year. Only time will tell what the future truly holds for this beloved interpretation of the unparalleled DC icon.

Zack Snyder’s Justice League will premiere on HBO Max in 2021.