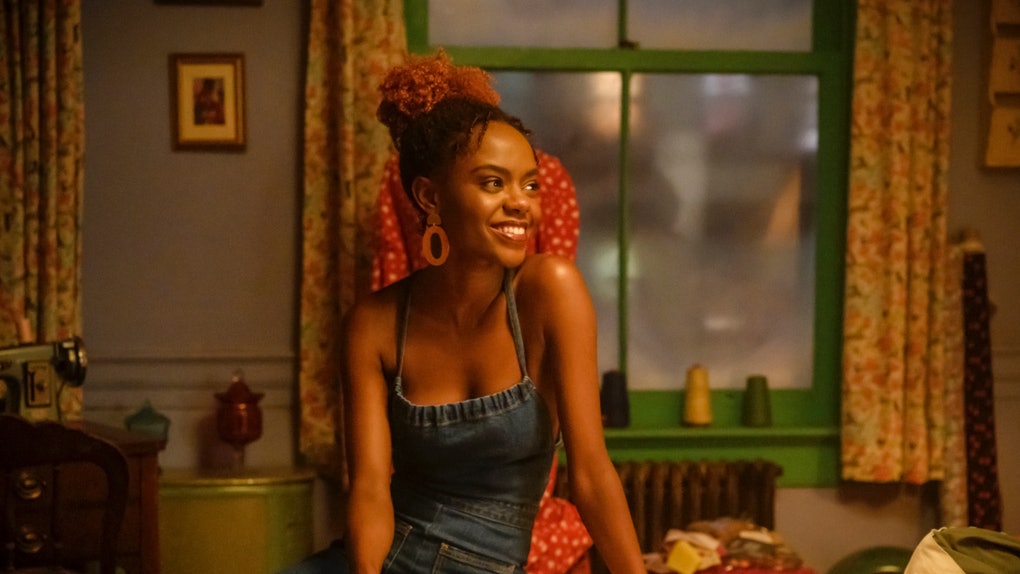 When Riverdale first debuted in 2017, Ashleigh Murray got her big break in a supporting role as the talented musician Josie McCoy. This year the Archie Universe has expanded with a new spin-off series, Katy Keene airing on The CW with Murray once again starring as Josie. This time though it’s in a leading role as Josie McCoy begins a new chapter of her life in New York, further fleshing out who this staple in the Archie universe really is.

Murray also just starred in 2020’s Valley Girl. The 80s rom-com of the same name is renowned as somewhat of a cult classic. The remake was released this May boasting not only a facelift, but also an impressive ensemble cast. The film follows bubbly high school seniors from the Valley who begin feuding when one member of their tight-knit group falls for a Hollywood punk. With multiple musical set pieces in the film, Murray has proven herself to be a true triple threat and continues to wow audiences with her talent.

We were happy to sit down with Ashleigh Murray for an exclusive interview. We trace her journey as an actress and learn more about what it takes to play Josie McCoy in The CW’s Archie Universe. Honoring Valley Girl‘s recent release, we reflect on her unique experience on that project as well.

To start things out, let’s talk about how you started in the acting industry?

AM: I mean, actually getting into the industry wasn’t until I was about 18/19 years old. I was doing plays and competing in theater, we had this thing called competitive drama. We were part of the National Forensic League and you would win trophies and stuff like that. I did that kind of stuff when I was a kid and in high school. Then I did my first professional play, I graduated high school early to do it at home in Kansas City. Then I moved out here for college in New York and did some off-Broadway while I was in school and then did a Web series. It was two seasons of a web series with a friend of mine from college. Then I met my manager and I started auditioning. I did some commercials and a couple of little TV spots, then I booked Riverdale.

As you said, Riverdale was really your big break and now, Katy Keene is the spinoff set in the same world. Could you tell us a little bit about Josie’s journey between the two shows?

AM: Everything that happened between her leaving Riverdale and coming to New York hasn’t been fleshed out. It’s something that I’ve just kind of had to make up on my own. Just to give myself a little backstory. But, her transition while in New York, I pull a lot from my own experience of being brand new and living in a big city that I’ve always wanted to move to while pursuing my dream. Then the nightlife and the 4 am bodega visits and you know, all the things that come with living in New York. I try to bring as much of that to the character as I can because it is based in real-time. Obviously, I take a lot of what the writers give me, I want to make it my own, but there are a lot of things that Josie does and say that don’t align with who I am. So that’s where my line is like, “Okay well, I wouldn’t do that, but I’ve got to find a way to make it work”.

When you went from Riverdale to Katy Keene, you went from shooting in Vancouver to New York. How did you go about adjusting to the environment?

AM: Oh, it was super easy because I’ve lived in New York for over a decade. So I was very happy, New York is at home for me. It was so much easier to come back home and be in the city that I’m so familiar with than what the reverse was when I first moved out to Vancouver. It was my first time in another country. Even though it’s just upstairs, it was a very, very different experience. It was much easier coming back home.

The cast of Katy Keene features a great ensemble, how has it been shooting with them?

AM: It’s fun! The Archie Universe creates this environment for elevated and heightened personalities. You have to really kind of have a love for comics and bubbly weird situations. Everybody on the show brings so much of themselves to the work and it’s a lot of fun, it’s really easy.

Your character, Josie, sang quite frequently on Riverdale and now also on Katy Keen. In terms of the musical choices and performances on the show, what’s the process you go about for that?

AM: It’s not an easy process. Making a television show, you only have so many hours in the day to get things done. And oftentimes our days are very, very long. So just learning lines to be able to perform those straight is one thing and adding on not only having to learn a song, but make the time to record it and also learning dance routines and having the time to practice that, it’s hard. The way all of us would like to be able to do it, even the music producers, it would be great if we had a week’s worth of time to be able to practice and make any adjustments that are necessary when the reality is sometimes you only have 72 hours or less to figure it out. So I have just learned to get comfortable in the studio. Sometimes I’ll be lucky enough to get the song a few days beforehand, but oftentimes I’m just in the studio learning the song as I’m recording it. We’ll do the best we can. If there is anything that I want to change, I can always go back in and rerecord it. Sometimes we’re working so much and we get sick or tired and we don’t give our best performance. We just do something well enough to get through shooting the scene for playback and then we’ll go back and rerecord it for when the song releases after everything airs.

To switch gears to another project of yours, Valley Girl was just released. How did you become involved in this project and had you seen the original beforehand?

AM: I actually had not seen the original beforehand. My little sister had and she was super excited when she found out that I booked the movie. I actually just found out about the project through my agent. Auditions were posted and she submitted me while I was still shooting Riverdale actually. I think I found out that I booked it right after I came back to Vancouver from Sundance when the Netflix movie I was in had screened there. I came back and my agent called me saying “Oh my god, you got Valley Girl!” and I was very, very excited. Especially after having seen La La Land and the choreographer for that film was the same woman for ours, Mandy Moore. I remember seeing it thinking “God, I wish I never gave up dance. I wish I would actually practice singing more because I would love to be in a movie like that. Then I ended up booking Valley Girl.

Valley Girl is also very much an ensemble film, what was it like working with that cast?

AM: It was great! Gosh, it was so long ago when we shot that movie, it feels like forever ago and now it’s finally out. I made some really great relationships. There are a few people that I’m still in constant contact with which is wonderful and we bonded a lot while we were shooting the movie. Pretty much any time when I’m in L.A., I try to get together with people. The experience was cool, running around in leg warmers and leotards with really funny hair was a good time.

Do you have any upcoming projects that you would like to make our audience aware of?

AM: I don’t have any upcoming projects right now because with the pandemic happening, it put a halt on even being able to audition for things. The biggest thing that I can push is Katy Keene, we’re going to be streaming on HBO Max! So we’re just encouraging everybody to watch it there if they weren’t able to watch it live.

Katy Keene is now streaming on HBO Max and Valley Girl is available to rent/buy on Prime Video!