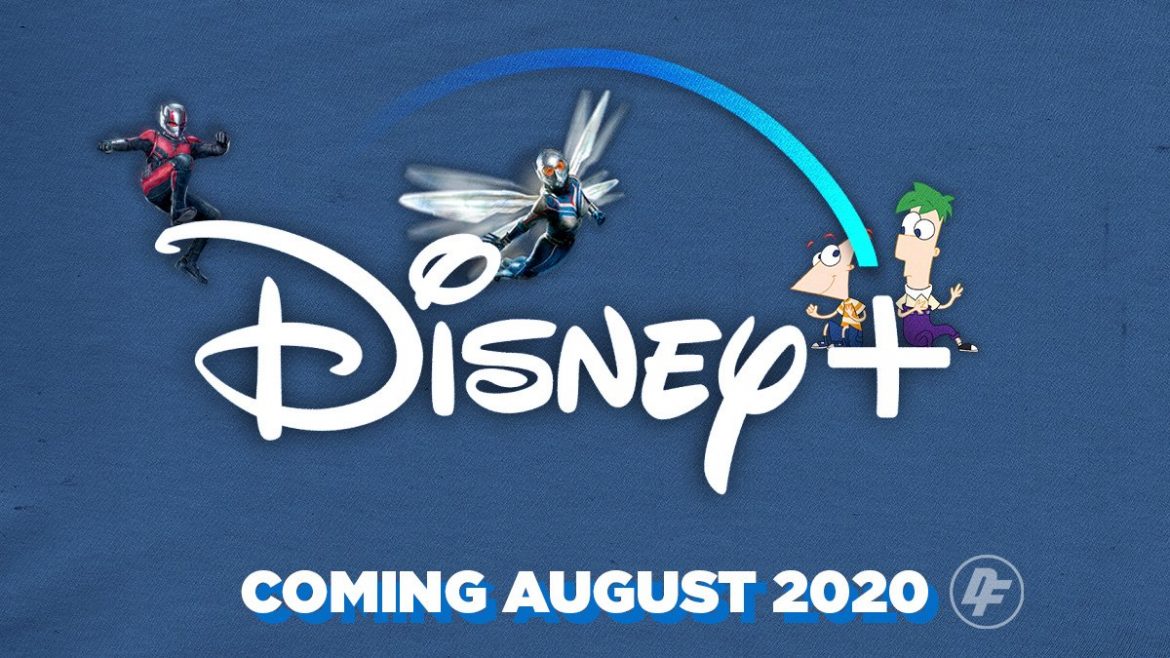 August is an interesting month for Disney+. The list of new arrivals to the streaming service while not very long, is still notable. There’s plenty to watch, both old and new, as more Disney related titles finally make their way after being contractually tied to other streamers. Tentpole films like Ant-Man & The Wasp, X-Men (2000), and Fantastic Four (2005) will further expand the streamer’s Marvel catalog. Meanwhile, The One and Only Ivan finds new life after losing its August theatrical release to the ongoing pandemic.

Avid fans of Disney are being treated as well. Muppets Now, a new venture for Kermit the Frog and his beloved gang and their first time on streaming, will be riding high on its debut season. Suffice to say that the Muppet fandom does indeed have to “show up” for this series for if they don’t – who knows how long it would take for the IP to be granted another show. Phineas and Ferb The Movie: Candace Against the Universe is also making its premiere, marking the first time fans will be reunited with the famed characters in roughly 5 years. Howard, a new documentary on one of Disney’s most accredited songwriters is also being released early in the month. Fair to say that August will be far from a dull month for Disney+ subscribers.

It should also be noted that Magic Camp is finally being released. The first film to ever be put into production for Disney+, Magic Camp follows an aging magician returning to the place he learned all his tricks for him only to clash with a new generation of rookies. Starring Adam DeVine, Jeffrey Tambor, and Gillian Jacobs, the film is more than likely being “stealth” released without major promotion due to sexual misconduct allegations against star Jeffrey Tambor. Given the project’s history, it should be interesting for it to finally see the light of day.

The One and Only Ivan

Originally set to debut in theaters, The One and Only Ivan features a star-studded cast worthy of the big screen. Even though it’s headed straight to people’s homes, that doesn’t make it any less worthy of a watch with the family. Based on the book by K. A. Applegate, the film follows the relationships between a zookeeper and his animals who have little recollections of the wild. Starring Bryan Cranston with voice work from Sam Rockwell, Danny DeVito, and Angelina Jolie.

The Muppet Fandom needs you! Muppets Now is a short from improv series starring Kermit, Fozzie Bear, Miss Piggy, and everyone else anybody grew up with. Muppet content has been extremely scarce as of lately, so if one is even interested in seeing more of these guys in the future, give this a shot.

The most fascinating Disney+ release of August, Howard tells the story of its unsung titular artist. The most iconic songs from classics like The Little Mermaid, Aladdin, and Beauty and the Beast are indebted to lyricist Howard Ashman. A powerhouse within Disney’s creative renaissance, Ashman tragically lost his life to complications from AIDS in 1991. Disney is rightfully giving audiences a deep dive into Ashman’s life and career through this documentary, making it a must-watch for anybody who has ever connected to his songwriting.

Back to the Titanic
Beauty and the Beast (2017)
Mars: One Day on the Red Planet
Muppets Now, Episode 104, “Sleep Mode”
One Day at Disney, Episode 138, “Heather Bartleson: Holiday Services”

The One and Only Ivan

Check out the new arrivals for Hulu in August 2020!

Check out the new arrivals for HBO Max in August 2020!