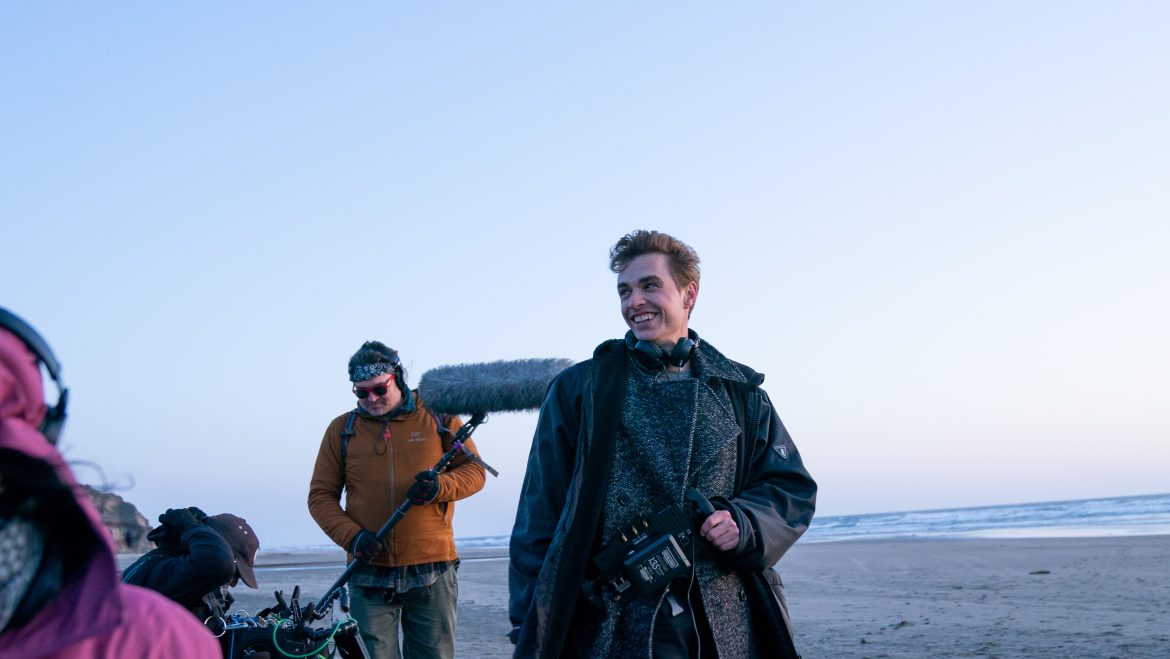 When it comes to Hollywood actors, Dave Franco has become a household name following performances in films such as 21 Jump Street, Neighbors, and The Disaster Artist. Although he has dabbled in writing and directing for short form content in the past, notably for the leading comedy group Funny or Die, Franco is embarking on a new journey in filmmaking.

For the first time in his career, he has stepped behind the camera for his feature directorial debut, The Rental. The thriller starring his wife Alison Brie, Dan Stevens, Sheila Vand, and Jeremy Allen White follows two couples who suspect they are being spied on while staying in an AirBNB. Franco not only directs, but also shares screenwriting and producing credit in this stylish IFC Films release.

We were excited to sit down with Dave Franco for an exclusive interview! We reflect on his experience as a first-time feature film director, working with wife and esteemed actress Alison Brie, and his passion for genre films. Franco gives us his inspirations and even lays out what lies ahead of him as a director after The Rental.

The Rental is your directorial debut. What about this particular story made you decide to step behind the camera for the first time?

DF: I’ve been directing for a long time now on a much smaller scale. I started about a decade ago and I was directing short films and skits for the website Funny or Die. I’ve been waiting to take the leap to a feature for a while. But the truth is, I was a little bit nervous about doing that. Once I wrote this script, I realized that I knew these characters and this story better than anyone and all of my nerves started to go away. I just felt excited because I had such a strong idea for how I wanted to approach this film. Then once I was on set, I realized I knew a lot more than I thought I did because of the fact that I’ve been on so many sets as an actor, and it just made me think about how a lot of first time directors, when they are stepping on set that first day, it’s their first time on any set ever. They are learning about the dynamic between everyone and just the basics of how things work So I felt like I was able to skip a lot of those steps and it immediately put me more at ease.

You’re known for often staring in comedies, what made you want to dabble in the horror/thriller genre?

DF: As a viewer, there’s nothing I love more than a smart genre film. I think about the work of this young group of genre filmmakers right now. People like Ari Aster, Amy Seimetz, Jordan Peele, David Robert Mitchell, Sean Durkin – these are filmmakers who make projects that feel very nuanced and atmospheric. They really take their time to creep up on you and these skills really linger long after you watched them, as opposed to a lot of genre films that rely too heavily on cheap jump scares and ultimately feel disposable. You forget about them the moment you stop watching them.

This film is very much a personal project and you assumed several roles on it. Did you find going through the entire filmmaking process, from writing to seeing it on screen, to be a rewarding experience?

DF: Definitely. I’ve always been the kind of actor who has been curious about every step of the process. Even when I’m just acting in a project, I can’t help myself. I want to talk to the DP, the writer, and the production designer and pick their brains about their process. I’ve done that over the years, knowing that I’ve wanted to make my own film. So it was really nice having a say in every step of the process. I think because I was able to wear so many hats on this one, it allowed me to really push my specific vision to the forefront, which made me able to take risks and make bold decisions that made the film feel unique to me. I give the other producers and financers a lot of credit for trusting me, allowing me to bring my vision to life, and not question me when I was making some of these bolder choices.

As you just said, you assumed so many different roles throughout production. Writing, directing, and producing all require different processes. How did you go about switching between mindsets to accommodate the varying roles?

DF: I honestly didn’t overthink that, it all just felt like it seamlessly melded together. More than anything, it just allowed me to have open and honest conversations with everyone involved in the process. When I step back and think about it all, it truly didn’t even feel like I was wearing so many hats. I was just focused on what was right in front of me and just figuring out problems as they presented themselves.

The film features are really small cast, including your wife Alison Brie. What was it like working with a smaller cast as well as collaborating with and directing Alison?

DF: It was great. It was a small cast and crew and we were filming on the Oregon coast in this small town called Bandon, so we really were essentially in the middle of nowhere. We all became a little family unit where we didn’t really have anyone else to turn to. I spent a long time gathering the cast and crew to make sure that not only did I have really talented people surrounding me, just as important to me was that I wanted people who were really nice – people who were going to work their asses off and make the quality of this film their number one priority, as opposed to the people who have been in the business a long time and treat experience as more of a job and are checking their watch and just waiting for the end of the day so they can go home and watch some sporting event. So this is a long way of saying that I really spent the time to try and surround myself with amazing people. That made my job a lot easier on set and it made my life a lot more enjoyable off set.

Finally, you mentioned how you’ve directed smaller projects in the past and this is your first feature. Do you plan on returning to directing in the future, perhaps another feature?

DF: I would love to if given the opportunity. I have a strong idea for a sequel to this film. And in addition to that, Alison and I wrote a romantic comedy during the quarantine for me to direct and her to star in. We want to approach that film in a similar way that we did in this film, in the sense that that we want to make a smarter, more elevated version of a romantic comedy. We were inspired by classics like When Harry Met Sally, Sleepless in Seattle, and Pretty Woman, which are all films that are grounded, where the acting is really strong and they are all shot like dramas, so they they look good. We were just wondering why people don’t really approach the genre from that smarter point of view these days, and so that’s what we tried to accomplish with this script.

Our review of The Rental out in select theaters and VOD July 24!

Check out our interview with star Sheila Vand!