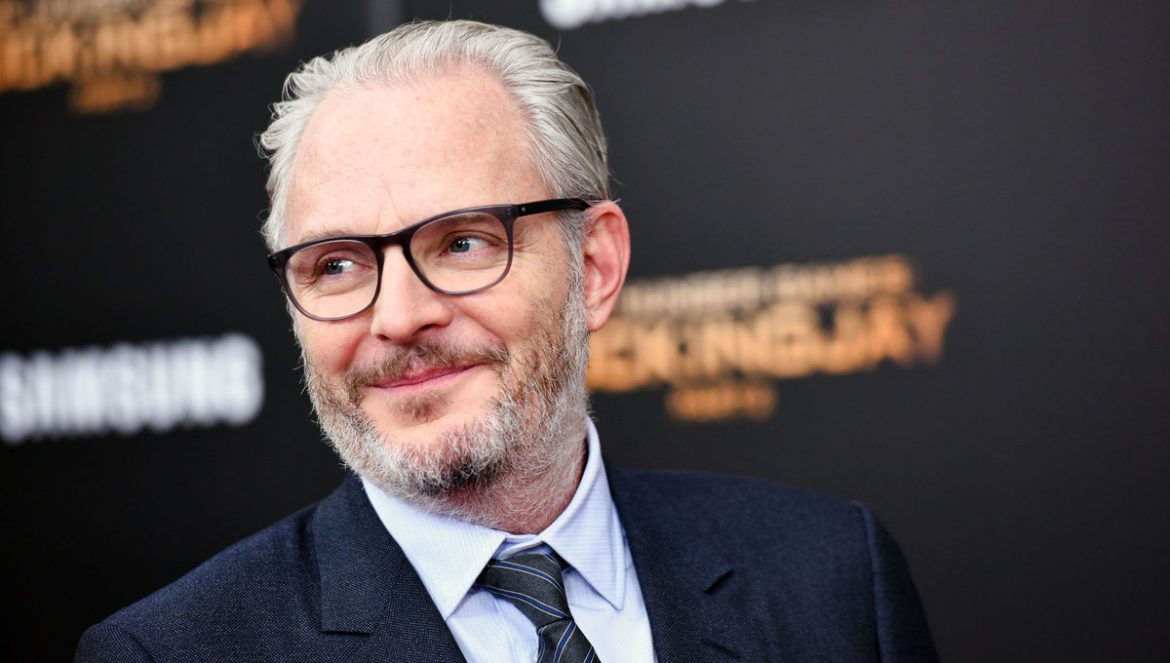 Throughout his career, Francis Lawrence has produced a number of films that can somewhat be considered cult classics. This year, his first feature film Constantine starring Keanu Reeves has surpassed its 15th anniversary and has a reunion panel taking place during Comic-Con@Home to celebrate its legacy.

Francis also directed Catching Fire and Mockingjay Part 1&2 from The Hunger Games franchise which were massive successes. Now five years after the film series concluded, author Suzanne Collins has released a prequel novel about villain Coriolanus Snow’s teenage years, The Ballad Of Songbirds And Snakes, with Lawrence set to direct the live-action adaptation over at Lionsgate.

We were thrilled to sit down with Francis Lawrence for an exclusive interview! We reflect on Constantine‘s production process and the potential of a sequel. We also get an update on how the development of the Hunger Games prequel, The Ballad of Songbirds and Snakes, is moving along.

As Constantine now surpassed its 15 year anniversary, how did you approach adapting that story during a time where comic book movies weren’t as popular?

FL: Well, I came in, you know, it was a project that had already been in development before I came on board. So there was already a script that was pretty fully formed by the time I came on board. I think part of what I liked about it was that comic book movies in general weren’t as popular, so the market wasn’t as saturated with comic book movies as it is now. It made the story, the world, and the characters a little more unique. It was something that I kind of embraced about it. But honestly, it wasn’t the sort of comic book-ness that attracted me. It was really more of the character, the idea of the sort of world behind the world, the kind of genre mash up quality of it, and the noir detective story aspects of it.

You just mentioned how important the character was to you within the story. So to speak about the cast at the time, why did you choose Keanu Reeves for their lead role of Constantine?

FL: Actually, Keanu was already on before I was. So this was a case where because it had been in development for a while, I think there was even another director before me. I think Tarsem (Singh) was going to do it at one point before me with Nicolas Cage or something and then that fell apart. Then they got Keanu to play it. Then I started meeting for the movie and it was my first movie, so I met with some executives at Warner Brothers and then started meeting with the producers. The last person that I met with actually was Keanu, who just came back from Australia having just finished shooting The Matrix sequels. He actually was sort of the final approval of me getting the job as he was already on board.

There is strong presence of religion in the movie. How did you go about researching and incorporating those aspects into the narrative?

FL: You know, honestly, I didn’t do too much research. I mean, maybe I did a little bit about the angel Gabriel and things like that. I think it was just stuff that I had to have known. I grew up in a family of lapsed Catholics and Episcopalians so it was definitely around my family in the periphery. It wasn’t something we focused on heavily, but I knew enough to kind of be able to help infuse it. It was one of the aspects that I really liked about the story – the interplay between what really feels like a Catholic version of heaven and hell, angels and demons, things like that which I think could be really fun. I would say honestly, though after the fact, I feel like it’s more interesting to play with slightly more generic versions of good and evil or even generic versions of angels and demons because I think as soon as you start to get into specificity of religion, it could be quite polarizing with audiences. That I certainly learned with the beliefs of this movie and even weirdly, with some religious aspects of I Am Legend.

As Keanu Reeves gained more popularity, there’s been more of a following behind Constantine, even though it came out 15 years ago. Do you think that you and Keanu, if given the opportunity, would want to return to do a sequel?

FL: Yeah we’ve actually talked about it. Erwin, who is my manager, is one of the producers on the movie and used to be Keanu’s manager. He, Keanu, and I as well as Akiva Goldsman, who did the last drafts of Constantine and was also a producer on it, we’ve been trying for years. There was a time right after Constantine came out where we were actively sort of trying to crack stories and do a real hard R version of a sequel. We actually were just talking about it recently, but I think the character is sort of snatched up now that everybody has all these shared universes. You know, just the landscape of Constantine and Vertigo has changed because of what they’re doing with DC Comics in general.

You briefly mentioned I am Legend, which has also regained a following. What are your thoughts on how people have been taking in films now during the pandemic?

FL: Well, it’s funny because my kids hadn’t seen it and I’ve got some teenagers, so I showed them maybe like a month after lockdown. There is a certain element to it that I had sort of forgotten that is kind of eerie about how similar certain qualities are to things that are happening today. Even weird sort of similarities in the name of the virus itself, which is just kind of strange. I mean, I certainly would not want to compare the experience of making a movie that is fiction when there are real life horrors that people are going through in terms of lockdowns and losing family members. But, I will say that now being in a pandemic and being locked down and looking at the research – because it was tricky to do the research for that and figure out what the world would look like when the craziness and the chaos hits – and so I guess being in the pandemic now, I look back and go, “We actually did okay on the research front.” We had a lot of fun making this movie. We went to the CDC and met with a lot of epidemiologists and virologists. We definitely did our homework on that one.

Speaking of the pandemic, how have you been continuing to work during lockdown?

FL: I’ve been pretty busy I have to say, surprisingly. I am preparing to do a movie. In fact, I leave on August 3rd to Toronto to start prepping in person. A feature that we’re hoping to start shooting in November and I would say we were in a research/prep phase right before the lockdown. It’s a Netflix movie and they kept people on. We’ve been prepping virtually, doing concept art, storyboards, pre-viz and all of that, which has been great. And then, also the development side of things really hasn’t slowed down. This has been a really good time to be working with writers, so there’s been a lot of scripts that we’ve been developing. We’ve sold a couple of television shows and have been also continuing to work on the script for the movie I’m going to shoot. I’ve also been developing the script for The Hunger Games prequel with author Suzanne Collins and producer Nina Jacobson. So I’ve just been super super busy, primarily with development and distant virtual prep.

See was a series that you worked on with Jason Momoa last year for Apple TV+. How was working with him and would you like to work with him again in the future?

FL: Yeah! He’s actually in the movie that I’m going to do this fall, which is great. Yeah, I love Jason. That was a really fun project. It was really wild and we shot everything outside, the show didn’t go on stage until episode six. So it was all in the wild of British Columbia with a great cast. Everyone was really game and created a whole blindness boot camp to get everybody acclimated to how to behave as if blind and learning different kinds behavioral techniques, navigation, and cultural things for the tribe we created. It was a really fun experience and Jason’s a great guy. He’s really fun and it’ll be fun to do another movie with him.

[Editors Note]: We exclusively reported the details of this movie a few months ago. The film will be an adaption of ‘Little Nemo In Slumberland’ for Netflix, you can read more about the film here.

To end off, you briefly mentioned The Ballad of Songbirds and Snakes, which is the novel recently released to the delight of many Hunger Games fans. You are set to direct the live-action adaptation, so what are your thoughts on the book and getting to dive back into The Hunger Games world from a new angle?

FL: Well I love it! I had a great time doing three out of the four movies. It’s a great group of people, I love Suzanne Collins and I love the world. I’ve really always loved the thematic relevance and ideas behind the books and stories. I think that’s part of why we got such a great cast and I think that’s also why it’s resonated with so many people and not just teenagers, but also adults. I was always eager to get back into the world, but I just wanted to make sure that it came from an organic place and for me, that’s always from Suzanne, as opposed to a studio sort of urging everybody to come up with a sequel or prequel.

When I heard that she was writing a book, I got really excited. She called me before it was released and filled me in a little bit about what it was about, but she didn’t want to spoil anything so that I would enjoy the read. When she was done working with her editors, she she sent it over to her agent’s office here in LA and I went in and read it over the course of two days in this office and just loved it. I loved the story, I love what it’s about, and I love how relevant it is. She’s always really good at that. She’s a really fun writer in terms of twists and page turn-ability of her books, so that was great. The characters are awesome and it’s really exciting to dive back into a different, earlier version of the world and for the most part with a bunch of new characters. So yeah, really exciting and the script is progressing really well!

You can watch the Comic-Con@Home Constantine panel on Saturday July 25 with Francis Lawrence, Keanu Reeves, and Akiva Goldsman here!