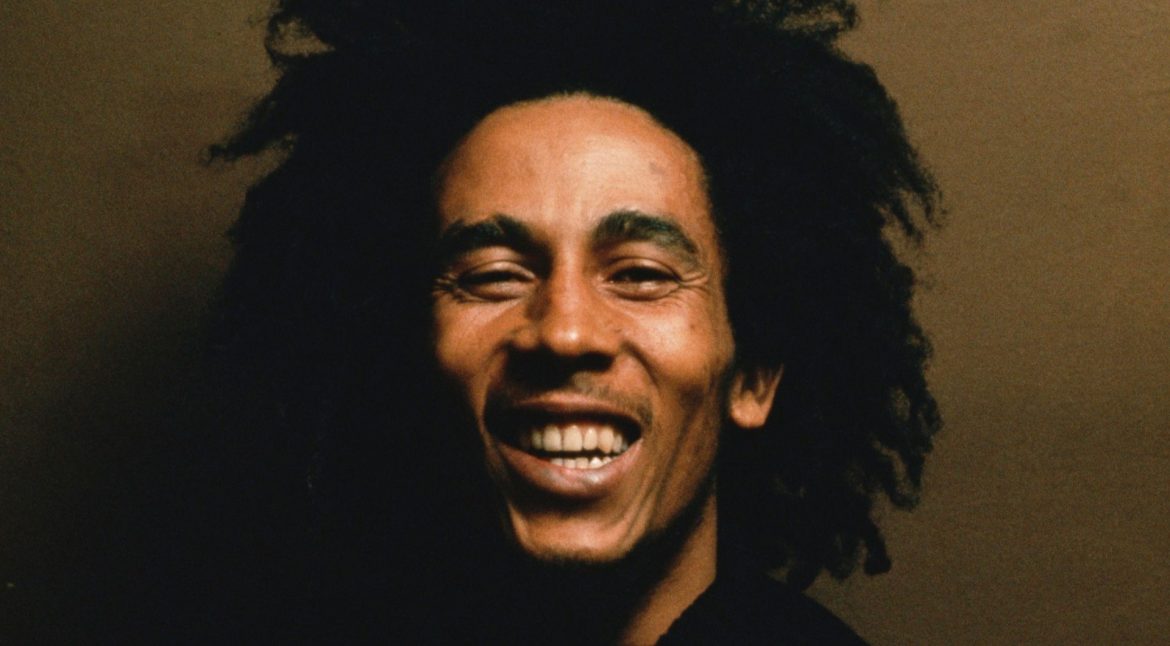 Bob Marley would be turning 75 this year, but can we even imagine him in today’s world? The reggae legend left behind a legacy of peace and unity through his music, and his signature dreadlocks and Rastafarian philosophy helped spread Jamaican culture across the globe. One would probably think that Marley’s message of love and his unique aesthetic (paired with his advocation for Pan-Africanism) would fit in nicely with the current Black Lives Matter movement and other similar causes. Songs such as “Concrete Jungle”, “Get Up, Stand Up”, “I Shot the Sheriff”, “Burnin’ and Lootin’”, and plenty more express the rebellious attitude and search for justice that resonates so strongly today.

Of course, the Bob Marley that most know today has been considerably whitewashed and commercialized. His most recognizable photo – head back in relaxed laughter – evokes a laid-back sort of pacifism rather than direct action towards change. His music, which for most listeners doesn’t extend much beyond “Three Little Birds”, conjures up images of relaxation on tropical beaches rather than bruised and bloody activists marching in the streets. This is par for the course when it comes to many a political leader or political influencer, especially those of color. Just look at how the teachings of Martin Luther King Jr. have been glossed over and sanitized in the past few decades.

Author Dave Thompson, in his book Reggae and Caribbean Music, notes how Marley’s legacy has lost its more militant edge. He writes, “Bob Marley ranks among both the most popular and the most misunderstood figures in modern culture … That the machine has utterly emasculated Marley is beyond doubt. Gone from the public record is the ghetto kid who dreamed of Che Guevara and the Black Panthers, and pinned their posters up in the Wailers Soul Shack record store; who believed in freedom; and the fighting which it necessitated, and dressed the part on an early album sleeve; whose heroes were James Brown and Muhammad Ali; whose God was Ras Tafari and whose sacrament was marijuana. Instead, the Bob Marley who surveys his kingdom today is smiling benevolence, a shining sun, a waving palm tree, and a string of hits which tumble out of polite radio like candy from a gumball machine. Of course it has assured his immortality. But it has also demeaned him beyond recognition. Bob Marley was worth far more.”

Marley, the 2012 documentary that covers the life of the icon, is seeing a special re-release in honor of his 75th birthday. Director Kevin Macdonald puts focus on the importance of Marley’s mixed race and Caribbean heritage, opening the film with a look at an old fortress in West Africa, in what’s now known as Ghana. Here stands the “Door of No Return”, where millions of enslaved people were shipped across the Atlantic. Born in St. Ann, Jamaica before moving to Kingston, Bob Marley was born to 19 year-old Cedella Booker and 60 year-old Norval Marley. Norval was a white man in the British army, who rarely ever saw his wife or son. After his passing when Bob was 10, the family refused to assist Cedella and Bob financially.

Macdonald chronicles the life and struggles of Bob as he grows up in the slums of Trenchtown, begins his musical career with the Wailers, marries his wife Rita, and goes on to spread his music and message across the world as he becomes a bigger and bigger star, all until his tragic death at 36 from melanoma. The documentary frames Marley as a man who was forever in search of identity; someone who was rejected by both Black and white people throughout his life. Record producer Lee “Scratch” Perry describes him as a lost soul who didn’t know what to do, which he then says is part of what made his music so successful. His pain is what makes the music so resonant. Even once he became famous, he was concerned that he wasn’t reaching Black people, as the audiences at most of his concerts were white.

What can be appreciated the most from this documentary is how it never puts Marley on too high of a pedestal. It paints him as a fallible human being rather than a larger-than-life legend. Interviews are had with bandmates, producers, and family members, the most revealing of which come from his children Ziggy and Cedella. Ziggy describes his father as a “rough” man, and Cedella openly discusses how her father’s infidelity (Marley had 9 children with several different women) hurt Rita and the rest of the family significantly. Former bandmates talk about how he ran a tight ship, and how his drive for international success caused tension and pushed some of them away.

But the film – whether it’s a conscious choice or not – also portrays Marley as a mostly apolitical figure, as least to the extent that it can. Some of his biggest career moments were deeply entrenched in political events of the time, and these moments are things the film isn’t able to avoid. Two days before his appearance at the 1976 Smile Jamaica concert, Marley, his wife, and his manager were injured in a politically motivated assassination attempt. The film shows the triumphant moment where Marley fearlessly takes the stage regardless. Also shown is how Zimbabwe freedom fighters used Marley’s music as anthems, and once their independence was won, Marley played a show there that led to people getting tear gassed and dispersed by police.

Perhaps Macdonald’s refusal to be explicit about Marley’s political views is in the interest of not overbloating the already 2 hour and 24 minute film. Maybe it’s an assumption that anyone watching this will already know where Marley stood on certain matters. But for today’s audiences that are constantly working on being more conscious about these things, it can come across as almost a disservice to the man and his legacy. The documentary reaches its climax at the 1978 One Love Peace Concert in Marley’s childhood city of Kingston, Jamaica. Held in the midst of a civil war in the country, the concert – along with the documentary – hits its peak when Marley brings the two political rivals, Michael Manley of the People’s National Party and Edward Seaga of the Jamaican Labour Party, onstage to join hands. The crowd roars, Marley jumps around in pure ecstasy, and for that brief moment – unity, love, and peace seems perfectly within reach.

The harsh reality is that very few things have changed. The organizers of the One Love Peace Concert were killed only within two years after the event. The following election year saw nearly a thousand reported murders in Jamaica. Marley’s gestures, no matter how big they seemed at the time, appear to have done little to quell political violence, and even as his music and vague interpretations of his message have lived on, things around the world have remained just as dire – if not grown worse. Marley omits this, likely because it doesn’t have answers (who does?), and because of its already-dated 2012 optimistic outlook. It is, after all, a film made in the heyday of neoliberalism.

If you’re willing to put all political discussion aside, Marley is a wonderful, in-depth look at one of music’s most important figures. His influence can be heard and felt throughout every corner of the planet, and Macdonald does an excellent job of crafting him as a vulnerable artist more than any kind of legend. As a symbol of Black empowerment, Marley stands tall, and the documentary sums this up perfectly as one interviewee reflects on his very name. “Bob Marley is the Marley.” The rich white people that he took the name from are no longer at the forefront. That speaks volumes to what he accomplished.

But if we are to truly honor Bob Marley, and make his dream of unification a reality, we may need to take a deeper look into his overtly political views, as well as his devotion to Rastafarianism (Bunny Wailer, among others, has taken issue with this film for seemingly downplaying Marley’s faith). That more militant and outspoken version of the cultural icon may be just what is necessary for his legacy to rise to the current occasion. Perhaps one day, the pacified and subdued Marley that we’ve grown used to seeing will be replaced by the true version, the one whose message of peace is far more explicit and not quite as vague.

Marley will be re-released in select US theaters and “virtual cinemas” starting July 31st! For more info, visit here.