Clark Gregg on the Finale of ‘Agents of S.H.I.E.L.D.’ & His Journey Through the MCU 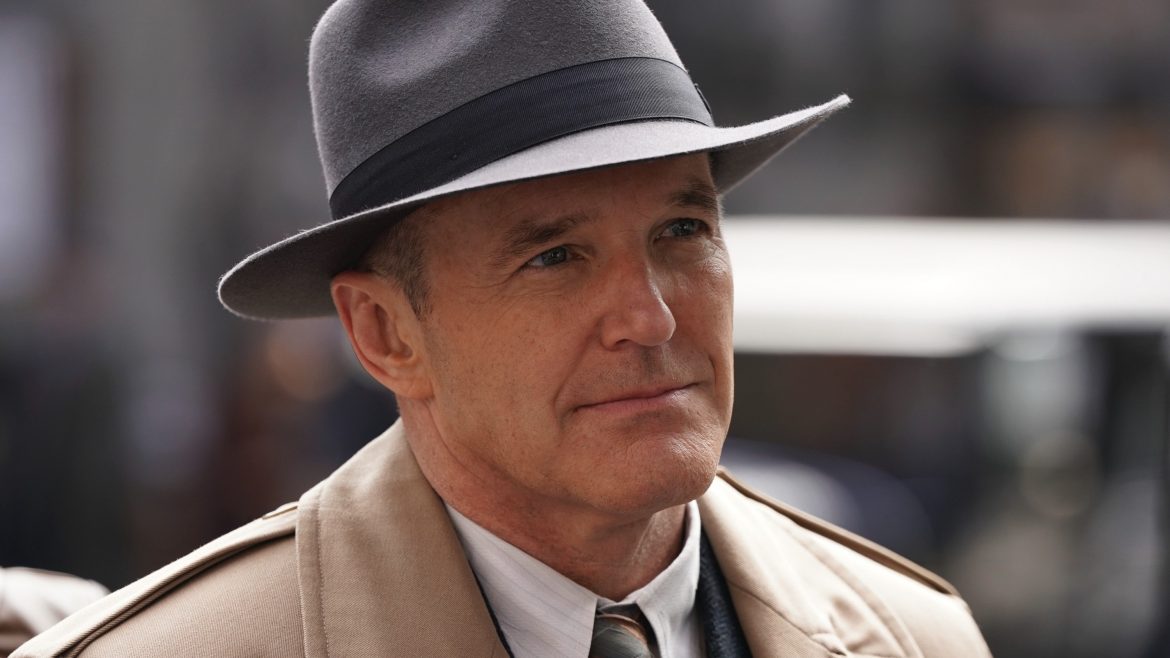 The final season of Agents of S.H.I.E.L.D. is going full speed ahead with only a handful of episodes left until the series finale. Season 7 of the show takes on time travel, and the team must work together while stranded in different time periods to save S.H.I.E.L.D. and prevent alien occupation. The stakes are high, but the show is more fun and absurd than ever. At the heart of it all, is Phil Coulson himself, Clark Gregg.

We had an amazing time talking to Clark Gregg for an exclusive interview. We discuss the final season of Agents of S.H.I.E.L.D., his journey in the Marvel Cinematic Universe, and his directorial work. We reflect on the upcoming series finale and where fans can see Gregg’s work next.

How have you been coping with work during quarantine? Many have noticed that you’ve become TikTok famous.

CG: That’s something that my daughter loves to do and it’s a fun thing we do together. I did not think it was going to be quite as fun, the TikToks, but they are. The reality that’s been thrown at us, you kind of have to find out what’s there – what value is there? Try to stay safe. I just exercise, try to do some writing, and spend time with my family.

Yeah it’s kind of made a lot of people think on how important the little things in life are. Let’s get into Agents of S.H.I.E.L.D., best to start at the beginning. When did you first learn that your character would die in The Avengers and then get his own series on ABC? Was there a big gap in between those two moments?

CG: I learned that Coulson would not survive The Avengers well before we started shooting, before they sent me the first script. It was a secret that I held onto for like a year. When the day came for Loki to do his horrible deed, there was definitely a few, and I think every one of my Marvel friends say this, “You know, it’s the comics, how dead can he be?” But there was a lot of blood and I was like, “No, I think he’s pretty dead.”

Then I went back to my normal life, which is more independent film and stuff. I got a call saying, “You know what? You might not be so dead, we have an idea.” Joss had an idea for a show. When he told me about the whole first season, that Coulson thinks he had a close call and had to recuperate in Tahiti and that none of it’s true – that he was brought back using fiendish methods and that alien technology had left him as an unusual form of himself. I said, “Okay, that’s amazing. Let me get in on that.”

That’s pretty exciting. You think you’re dead, but then you get to star in a new series of adventures. Over the past few seasons, Agents of S.H.I.E.L.D. has dealt with a lot of wacky sci-fi concepts. This season, it’s been time travel. How was it to film in sets and costumes that were designed for different eras? Like the 1930’s and 1970’s?

CG: We had a blast, but it wouldn’t have been such a blast if it was just costumes. What they did in terms of embracing the cinematic to a certain extent – television concepts of that period, with the Noir episode and the Starsky & Hutch elements of the 70’s episode. You know, we really thought we said goodbye at the end of season 5. So seasons 6 and 7 were just a fun bonus to do. And I love that they just really pulled out all the stops and just made this season all about thrills and fun.

Right, it wasn’t just, “Oh, it just takes place in this time period.” They go a step further and dive into the types of television of those eras.

CG: How do you really do a 50’s episode or a 70’s episode, what are the possibilities there, you know? There might even be more time periods coming!

So you’ve played different versions of Coulson, have you always been kept in the loop on Coulson’s multiple fates throughout the show? I mean, you’ve had quite a journey. Was there ever a time where you thought, “Well, that’s it for Coulson since I won’t be coming back for the next season?”

CG: No. I mean, there were times when I knew they had plans for what was going to happen, whether he was going to come back as this doppelganger, alien killer. They would tell me what they knew or what they thought I needed to know. But they were always very clear with me that they felt that Coulson was the heart of the show and that he wasn’t going anywhere.

CG: Some version of him would always be there.

You’ve played multiple versions of Coulson throughout the show, some versions that aren’t always like the classic Coulson we all know. There was teacher Coulson, Sarge, and now the Life-Model Decoy, do you have a personal favorite in particular?

CG: I mean Life-Model Decoy Coulson because he’s such an advanced LMD, he has a hard time really making sense of the fact that he’s not just himself. Feels like putting on a comfortable pair of shoes. I also love the season 4 Framework guy.

CG: That guy was really fun. He made his own soap! He had this kind of innocence and that speech where he kind of realizes who he is, who he’s meant to be, is one of the best things I got to do. Then there was something super liberating about just being this stone cold different guy, Sarge this killer. Who really had none of the kind of moral hangups that Coulson does.

I was very fond of teacher Coulson, very soft, but then you realize his true potential of what he’s really supposed to be. So with the 7 season run of Agents of S.H.I.E.L.D. coming to a close, what have been some of your favorite moments on set and behind the scenes?

CG: Seven years, it’s really just quite a journey. The storyline with Daisy and Coulson, that whole father-daughter dynamic, I really loved. Some of the Melinda stuff was also great. The gradual evolution of the cast as a family and working together with that group in away that mirrored what was going on in this show, in terms of learning to trust each other and realizing that some stuff we would do, people would love, some they wouldn’t, especially at the beginning. We just kind of looked at each other like, “You know what? We like this group and we like what the writers are trying to do. We’re just going to put our noses down and we’re just going to keep swinging.” And to come out the other end of that pipeline is really what got the show a fair amount of respect. Surviving and really proving something, I think that was really what I felt most proud about.

It’s really cool to see that you and the cast are just as close, if not closer, in real-life than compared to the show.

CG: A little less trauma going on in our real lives than in the show.

Yeah, I’m sure. So how would you describe the series finale in one sentence?

That’s really intriguing. Let’s switch gears to your directing career. You’ve actually directed some feature films and some episodes of TV, like with Agents of S.H.I.E.L.D. Do you see yourself going back to directing more films and television anytime soon?

CG: I directed a couple episodes of the show. I had a really good time and with my crew, our crew was just amazing. You know, it’s not an easy thing to step into; it’s a very fast moving, tiny Marvel movie that gets made in nine days, and I really enjoyed that. I’ve really enjoyed the features that I’ve made while I’ve been on the show for 6 or 7 years. The landscape has really changed and I’ve been writing all this time, so I have a couple of projects. Some are more kind of streaming/ TV type projects that I’ve been trying to move along and develop while on lockdown. That’s definitely something that I want to do more of going forward.

That sounds exciting. You mentioned some upcoming projects, you have a couple on Amazon and Netflix, Moxie and Run Sweetheart Run. What can you tell us about those?

CG: Run Sweetheart Run is a Blumhouse picture, a really cool movie with this really interesting filmmaker, Shana Feste, and a terrific cast. It’s from a really good part of Blumhouse where they make horror out of social genres. It’s kind of about sexual predators in a way as Get Out was with race issues taken to the horror degree. This is more of the kind of #MeToo predator taken to the horror degree and something I really enjoyed was being with the lead Ella Balinska, who I think is magnificent.

She was in Charlie’s Angels and is getting more work, she’s been blowing up so that’s cool. What can you say about Moxie?

CG: Moxie is a really delightful comedy that Amy Poehler directed and I’m just such a huge fan of hers. It’s really about a mother and a daughter, she played the mother and I got to play her new boyfriend that her daughter has some issues with. I thought it was a really delightful script and I just think she would do no wrong. I was thrilled to get to work with her simultaneously as an actor and to be directed by her.

That’s funny, you go from the sweet Daisy and Coulson father-daughter dynamic on Agents of S.H.I.E.L.D. to now a more rough and tumble one. To bring us home, what advice do you have for aspiring artists and creators that are in quarantine?

CG: Maybe a little counterintuitive, but I have felt such intense pressure because there’s so little reason to safely leave the house. You know, to walk out of here with 15 episodes of a TV show and a feature script, I found that shut me down a little bit. There are legitimate factors that are taking up a lot of our psyche and make a creative flow really hard to come by. So for me, I would say things started to open up when I got really compassionate with myself and finding ways to put in some hours, but not under that kind of pressure. The world is changing, it’s a scary time and in many ways a dark time, but I think the universe has thrown us this moment to really consider, as you said, what do we really care about? Anytime a writer or a filmmaker has a chance to stop for a second and really dig deeper to ask themselves, “Which of these things that I want to do, do I really care about?” That’s gold. If they do nothing else during this time, but really figure out what their heart is really driven toward – that’s a big deal.

Catch the final season of Agents of S.H.I.E.L.D. airing Wednesdays on ABC and the series finale on August 12!