Home » Graphic Recognition: ‘Scott Pilgrim vs. The World’ is a Multiplatform Masterpiece of Nostalgia

Graphic Recognition: ‘Scott Pilgrim vs. The World’ is a Multiplatform Masterpiece of Nostalgia 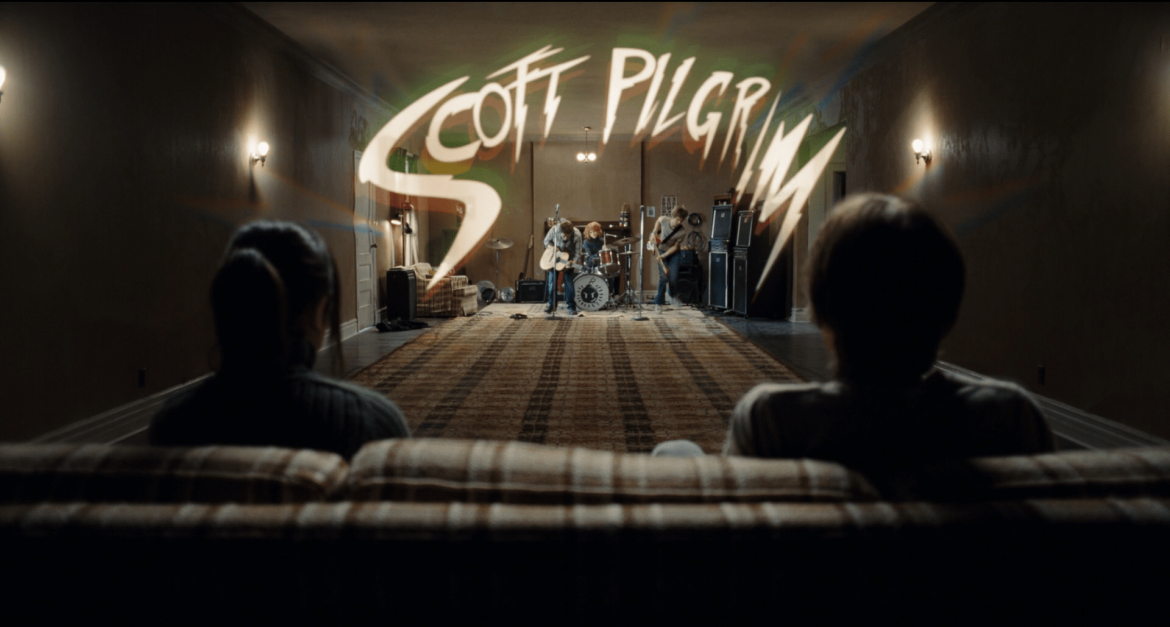 Welcome to our Graphic Recognition series. Here, we we spotlight underappreciated films based on graphic novels. Though they might not be as well-known as the blockbuster comic book adaptations that we’re used to, they have left their own impact and voice within pop culture. This entry covers Scott Pilgrim vs the World, based on Bryan Lee O’Malley’s Scott Pilgrim series.

Today, comic book adapted films are a commonality. The MCU pushes out at least three a year regularly, the DCEU seems to be getting into a similar rhythm. But this wasn’t the case 10 to 15 years ago. Back then, we saw the odd indie comic adaptation that was overshadowed by the predominant Spider-Man and Dark Knight trilogies. Adaptations of comics that weren’t nearly as popular as Spider-Man or Batman barely stood a chance at the box office. Enter Edgar Wright and his adaptation of Bryan Lee O’Malley’s Scott Pilgrim graphic novels.

One of the most significant comic book films released in a post-MCU dominated world, Scott Pilgrim vs. The World premiered in American theaters on August 13th, 2010. It barely made back half of its budget at the box office and didn’t get that much further with home release sales. Financially, it was a flop. And because of that, it has since become one of the most talked about cult classics of its genre. As comic book nerds, we love talking about our favorite movies, but some of those movies are talked about in a breath above the rest because of the profound impact they have. That said, Scott Pilgrim, despite its financial failure, stands with the likes of The Dark Knight, Spider-Man 2, and The Avengers as one of the most impactful comic book films to grace the screen.

In short, it took the 10-year gap for people to come to their senses. Michael Cera leads a stars-to-be studded cast as the title character, Scott Pilgrim, a self-destructive slacker and bassist for Sex Bob-Omb who doesn’t respect others’ feelings because of his own lack of self-respect. But his life begins to change suddenly when he meets the popular but reclusive Ramona Flowers, who Scott pursues in an attempt to drag himself out of his slump.

But in order to date Ramona, brought to life by the ever-great Mary Elizabeth Winstead, Scott must battle her seven evil exes to the death. He also has to break up with his 17-year-old girlfriend, which is surprisingly harder for him than fighting several people with cartoonish strength and superpowers. The charm of Scott Pilgrim vs. The World lies a lot in its before-they-were-big cast. Including, but not limited to, Anna Kendrick, Aubrey Plaza, Brie Larson, Brandon Routh, Chris Evans, Mary Elizabeth Winstead, and Bill Hader. Though what really sets this movie apart from others is the multiplatform, parody-like storytelling style that Edgar Wright and co. embrace more than the Deadpool franchise has even attempted to. The best part is that it’s not a blockbuster. It’s a movie with the visuals of a blockbuster and the heart of an indie film.

O’Malley’s graphic novels are very reminiscent of manga and 80’s beat ’em up arcade games, and Wright doesn’t shy away from adapting that style as faithfully as possible. Most of the characters have unexplainable abilities that essentially turn them into Street Fighter and manga characters – that alone makes this movie campy as hell, but the visuals go a step further with motion representations of O’Malley’s own art, the use of onscreen onomatopoeia text bubbles that would make Adam West proud, and character health bars, elements of which very literally are interwoven into the plot. Watching a movie suddenly becomes an old school arcade experience, and who could forget the infamous pee bar?

Aside from the manga and video game inspiration, Scott Pilgrim is at its core a battle of the bands story, and the film doesn’t stray away from also telling it through the use of music, some of which is somber to fit the tone of the scene, and some of which is high-energy, somewhat obnoxious, and incredibly entertaining. Video games, manga, and rock music. That’s a recipe for nostalgia. And who wouldn’t get a little nostalgic watching Michael Cera in a death battle with the guy who would eventually play Captain America?

Scott Pilgrim vs. The World is a comic put to screen in every sense of the expression and even adds to the source material in some ways. 10 years after its release, it holds up incredibly well, and I could go as far to say that it has aged like fine wine.

You can stream Scott Pilgrim vs. the World on Netflix!

The previous entry in our Graphic Recognition series: Snowpiercer