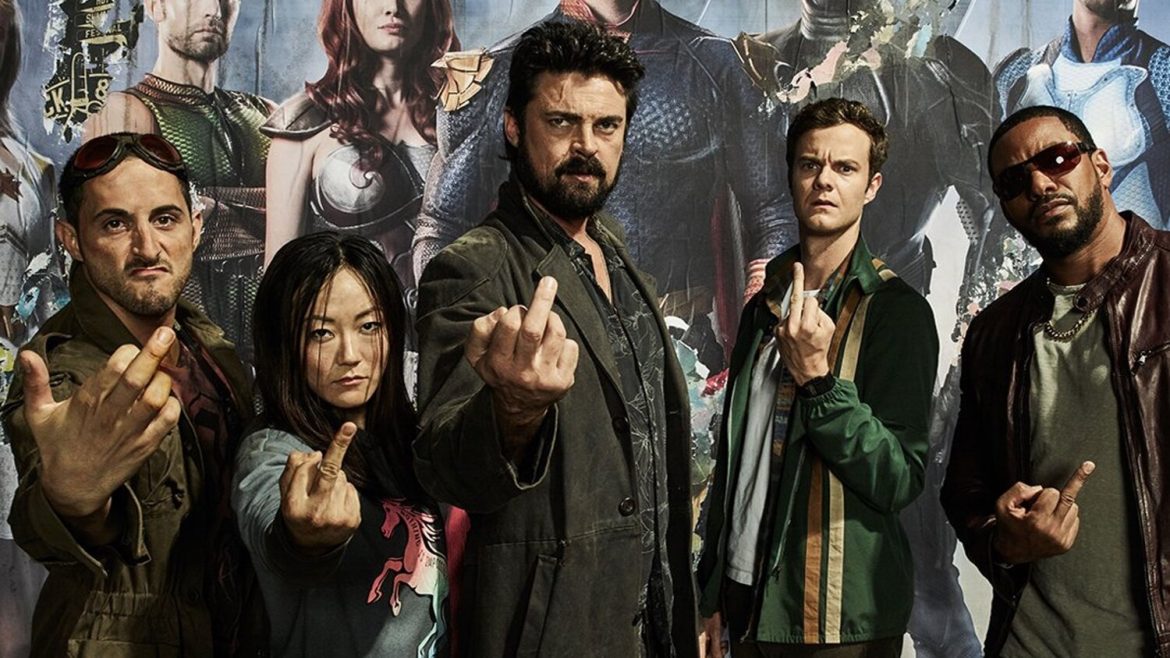 When you get down to it, The Boys has a very simple concept. You take the superheroes of myth, Superman, Wonder Woman, Batman, and you have someone with an extremely cynical worldview place them in reality. Superman wouldn’t be a down to earth country bumpkin with an unmovable moral compass. Superman would be a cold-hearted lunatic raised in a lab with the inability to relate to anyone else or reason between true wrong and right. Superman would be Homelander in the world of The Boys.

The Boys season 2 utilizes this concept and extends it to the absolute maximum of its potential, using this realistic portrayal of superheroes as a cutting commentary on modern society. Right from the off, the plot of season 2 makes clear that this world is supposed to be far closer to ours than you would think. The main threat throughout the series is still Vought, this time using the looming threat of super-villains they created to try and take more control over America. The Boys are on the run following the events of the season 1 finale, and the return of Billy Butcher drags them back into the fight.

As such, season 2 not only picks up right off from the previous season, it‘s very much a linear continuation of everything that you loved about what came before. All the characters take logical next steps and the show doesn’t reinvent itself massively, it simply takes what it’s done already even further. Whether or not you take this as a positive is entirely dependent on what you thought of season 1. If you enjoyed it, you’re going to love this season. If you didn’t, this isn’t going to change your mind and, if anything, you’re probably going to hate it even more.

One particularly pleasing aspect that the show held onto was allowing the plot to be seen predominantly through Hughie Campbell’s eyes. While there is the temptation to have this show flow through the viewpoint of a more powerful or even influential character, one of The Boys greatest attributes is the character of Hughie. By allowing him to remain the main protagonist, it keeps things grounded and gives us someone to truly root for. Nearly every other character bar Starlight operates in areas of Grey or are just pure evil. It could be so easy for the series to fall into total cynical territory and make everyone awful – it doesn’t and that is a true strength.

The dynamic between the titular Boys (and Kimiko) is another strong positive carried over from the show’s debut season. Specifically, the new dynamics between Frenchie, MM, Kimiko, and Hughie are far more familial and make for a much more entertaining ride. Frenchie is notably given a great arc this season and is a standout character, addressing both the demons of his past and his ongoing flaws.

The two most prominent newly introduced characters, Stormfront and Lamplighter, play integral parts in the story and are fantastic introductions to the show. Stormfront can’t be discussed much sans-spoilers but her arc is shocking and plays a key role. Lamplighter is played to perfection by Shawn Ashmore, and any X-Men fan will be sure to get a kick out of the character he plays – the antithesis of Iceman in personality and powers.

Season 2 does, however, head in a direction which I’m sure will make many unhappy and many more will just be plain pissed off. Without delving into spoilers, the manipulation of the American public by certain characters into hating and fearing immigrants draws direct and unkind comparisons to the current state of political affairs in America. This is sure to make man-children across the globe cry about how shows should “keep politics out their superhero stories!” Those people are wrong. When discussing art, it’s so rare that someone’s opinion can be right or wrong. Though those people are plain wrong.

Politics have played a role in nearly every great comic book story since the inception of the medium. Captain America was created as a direct response to the acts perpetrated by the Nazis in the lead-up to WWII. The X-Men have, and always will be, a political concept intended to mirror the constant persecution of “the other” throughout history – whether that be the LGBTQ community, POC, or Jewish people. And if you can read Watchmen without finding any politics, you either can’t read or are willfully ignorant. Many will decry this aspect of The Boys as a sign of the show “going woke” and many will say that as a result, it will “go broke”. If you are doing a cynical parody of American culture using superheroes and you don’t address the fear mongering, hatred, and racism present in American politics, you simply aren’t doing a good job. Season 2 of The Boys sticks the landing, with this plot element leading to some of the best moments in the entire series so far.

At the end of the day, a lot of the same issues still remain from the first season. Billy Butcher’s accent is still ridiculous and regularly off putting. The show does on occasion lean a bit too far into shock value for the sake of shock value. While the political commentary is a real asset to The Boys, it’s incredibly on the nose at times. But overall the positives massively outweigh the negatives. You are constantly on your toes as no character feels safe, and the show is just a plain blast to watch. Once again, this won’t change the minds of many. If you weren’t a fan of the cynicism or gore before, this second season will not change your mind. But for those who were already fans of The Boys, season 2 is a great addition and perfectly sets up a third.