‘Scare Me’ Review – More of a Workshop Than a Movie 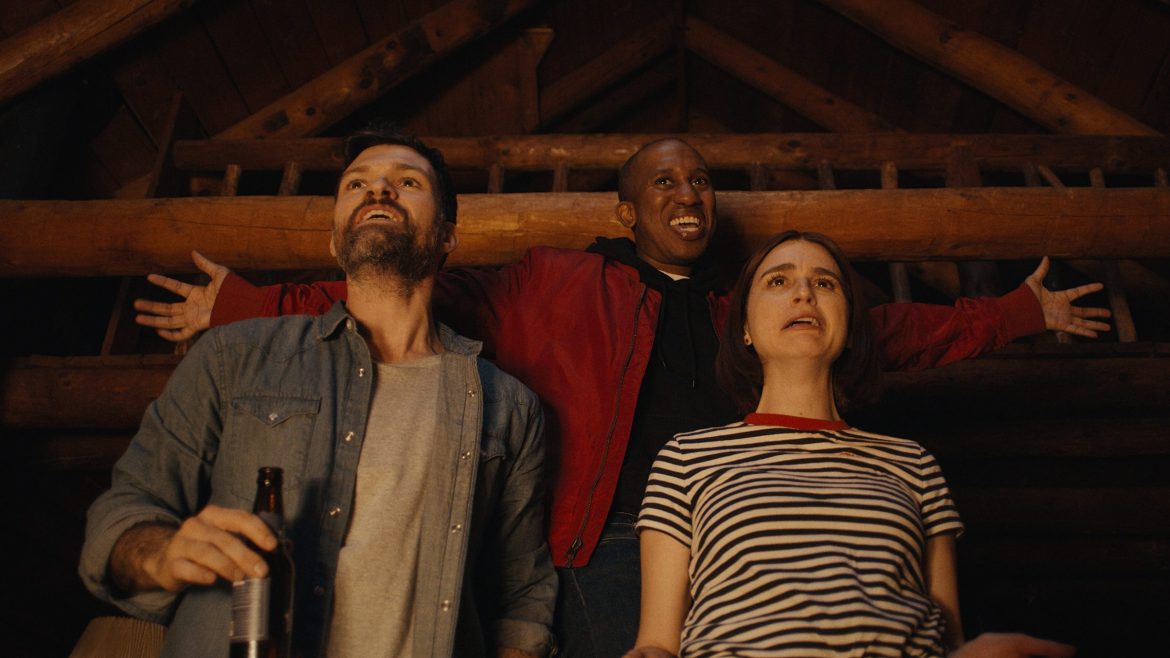 Scare Me, a new Shudder exclusive written and directed by Josh Ruben, feels much more like a collection of improvisation exercises than a single, cohesive narrative. It’s a horror comedy that’s light on the horror and heavy on the comedy, and while it’s certainly entertaining enough thanks to wonderfully committed performances from the small cast, it often struggles to justify its existence as one hour and forty-four minute feature.

The film opens on Fred (Ruben), a luckless writer who is on his way to spend some time alone in a remote cabin that he hopes will lead to some inspiration. Fred is looking down the barrel of middle age, and this brief getaway serves as a last-ditch effort to make something of himself. Of course, stories never come that easily (all Fred has written down is “Werewolves have guns. Get revenge?”), and a combination of desperation and laziness leads him to simply stealing an idea that his driver (Rebecca Drysdale) briefly mentions before dropping him off.

Even still, Fred can’t quite commit himself to the work of putting pen to paper (or finger to keyboard). While out on a run, he meets another writer, Fanny (Aya Cash), who is far more prominent and successful, and a power outage forces the two of them to hang out together. Fanny suggests that they tell each other scary stories to pass the time and to get creative juices flowing. This is basically as far as the story goes. Fred and Fanny – who are later joined by pizza delivery guy Carlo (Chris Redd) – act out their stories with more and more devotion and absurdity until the sun comes up.

Ruben and company certainly let their imaginations hold the reins, and what they accomplish is almost like a series of cleverly edited Whose Line Is It Anyway? exercises. The cast fully act out their stories about werewolves, trolls, and demonic possessions with gusto, making full use of the limited space of the cabin. All that we’re seeing is these actors throwing caution to the wind and putting on the most impressive make-believe session ever, but Ruben adds sound effects and cinematic camera work to make it all the more engaging. “If this was a movie I’d dolly in real slow right now” Fanny jokes at one point, so naturally, the camera does just that.

The talent and commitment from the cast is Scare Me‘s strongest aspect, and the sillier the stories get, the funnier the movie becomes. A disco-infused pop song about killing everyone and then yourself is the point where things reach true hilarity, and you would be hard-pressed to not get some solid laughs from the film’s multiple horror-themed vignettes. But there’s hardly more to the movie than this; an hour in and it’s still not clear where the story is supposed to be going or what the point is, if there even is one.

There are moments that try to steer the film back into a solid direction – Fred gets a call from an ex that makes him lash out at Fanny, and he confesses to feelings of inadequacy and jealously due to her success – but they are few and far between. The film is dominated by what amount to staunch improvisational sketches, and Scare Me might have been better served as a series of shorts rather than an overlong and disjointed movie.

Scare Me is now available on Shudder!