Live-Action Percy Jackson and Kane Chronicles Crossover – Will It Happen? 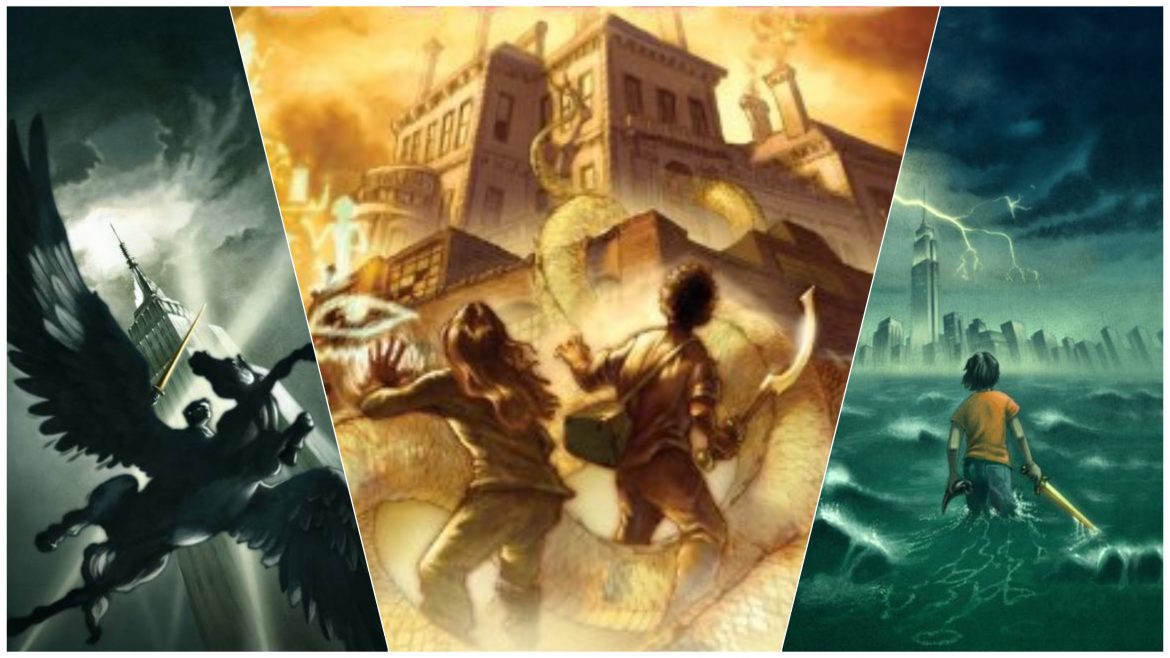 For fans of Rick Riordan’s many young adult mythology-based novels, the future of their favorite characters in popular media is bright. Back in May 2020, the news of a Disney+ series adapting the events of his first Percy Jackson & The Olympians novel swept the internet — only to be followed a few months later by the announcement of feature film adaptations of The Kane Chronicles. Fans of the books will know that Riordan’s stories — from Heroes of Olympus to Magnus Chase — share a common timeline that stretches back to The Lightning Thief. Though certainly not the first to tackle inter-connective stories, the Marvel Cinematic Universe has popularized the language of a shared universe and has allowed many to openly engage with other properties as interactive pieces of storytelling. Fan theorization for cross-property interactions have become commonplace online, and Riordan’s novels are no exception.

Upon the new live-action adaptation announcements, many fans were quick to express excitement at the possibility of a Jackson-Kane crossover. Pointing to the pre-established Riordan lore, there is precedent for their speculation.

While the Percy Jackson books don’t include any overt intertextual references (the series finished before the first Kane novel was published), the same cannot be said for the Kane Chronicles. The two stories, for starters, share the New York metropolitan area as a significant location. Percy Jackson takes place in Long Island and Manhattan and The Kane Chronicles features locations in Brooklyn. In the first Kane book, The Red Pyramid, the Kane twins’ uncle Amos says that it is bad luck to live across on west side of the East River, describing that “Manhattan has other problems. Other gods.” It is a throwaway line, but after following the events of Percy Jackson, alert readers will pick up on the less than subtle reference.

The worlds become closer intertwined in The Serpent’s Shadow when Sadie meets Lacy and Drew, two Camp Half Blood members featured in the Heroes of Olympus stories. With vague allusions to the camp and the Greek gods, the references are still unimportant to the larger text and offer but entertaining moments for fans of both respective franchises. At the end of The Serpents Shadow and the Chronicles trilogy, Sadie comments on “reports of unexplainable magic as close as Long Island,” which fans of Percy Jackson will instantly recognize as an allusion to Camp Half-Blood. It offers a teasing conclusion to the novel but remains inessential to the narrative.

The history of the interaction between these two franchises does not stop there, however. In the paperback version of The Serpent’s Shadow, the novel is followed by the inclusion of a short story, The Son of Sobek. The story, narrated in the voice of Carter Kane, finds the character face-to-face with Percy Jackson himself. After a short skirmish, the two are forced to team up to save a small neighborhood from a crocodile monster. Its sequel The Staff of Serapis was published in the paperback of The Mark of Athena, the second book in the Heroes of Olympus series. This short story follows the team-up of Sadie Kane and Annabeth Chase, a lead character of the Percy Jackson series and Percy’s girlfriend. In the third and final installation in this crossover series, The Crown of Ptolemy, all four protagonists, Percy, Annabeth, Sadie, and Carter, team up to take down a threat on Governor’s Island. The series ends on a conclusive note where they decide to keep their respective knowledge of each other’s magical worlds a secret but to remain in contact.

So could this happen? As a fan of both franchises, it is hard to deny that such stories taking place on-screen would be a delight, but it remains highly unlikely.

Disney’s acquisition of the rights to adaptations of Riordan’s Percy Jackson novels came after the Disney-Fox merger, and the live-action project was announced for Disney+ months later. On the other hand, the rights for Riordan’s Kane Chronicles were bought directly by Netflix for feature film adaptations. Unless the two streaming giants can come to an unprecedented agreement, the future for a crossover between the Kane twins and the Greek Half-Bloods of Percy Jackson doesn’t seem very optimistic. Rick Riordan and his wife Becky clarified the confusion on their social media pages, explaining why the two projects would be released to different streamers.

While this news may come as a disappointment to fans, it does not mean that there is no potential for other crossovers in Disney’s adaptations of Riordan’s work. The Kane Chronicles had always been a relatively standalone story compared to the more interconnected sequel (or heavily sequel-like) series Heroes of Olympus, Magnus Chase and the Gods of Asgard, and The Trials of Apollo. Assuming the live-action series on Disney+ is well-received, there remains a vast pool of content for fans to anticipate. Riordan’s most recent update on the show: “Everyone who has read the pilot script loves it”.