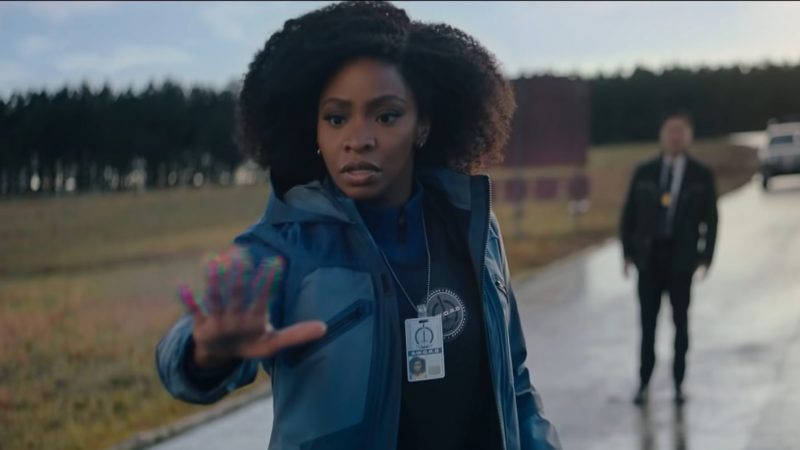 Since arriving on Disney+, WandaVision has provided some of the most creative and innovative content in the short history of the Marvel Cinematic Universe. As such, episode 4 was always going to have a tough time living up to these lofty standards that they themselves set, and doesn’t quite clear the bar raised by the previous 3 entries.

This episode has a fantastic opening, brilliantly addressing the on the ground effect of ‘The Snap’ through the eyes of Monica Rambeau. Teyonah Parris dominates the screen anytime she is on it, and her portrayal of Maria Rambeau’s daughter looks set to be a welcome and major part of the MCU moving forward. Where this episode falls down, however, is in the middle period, where we fall back into a slightly “info dump” style of television. It serves to confirm many fan theories regarding the exact situation under which Wanda and Vision find themselves, and gives us a far greater understanding of what to expect from the S.W.O.R.D. side of things from here on out. This is something that will surely irritate hardcore MCU fans who had likely confirmed most of this as headcanon already, but for more casual viewers this will be a welcome explainer.

One of the great strengths of WandaVision so far has been taking the criticism that the MCU all has the exact same style and turning it on its head, giving us something utterly and totally unique from anything we have gotten before. The middle portion of this episode, however useful it may be for casual viewers, regresses back to this state and is totally recognizable as that distinct and clear “MCU style”. This is not necessarily a criticism, the MCU’s style works and is a big reason why we are all so invested in this show, but it does bring the quality down slightly when compared with the opening trio of episodes.

One further issue with the middle portion is the lack of any real distinctive leads to carry the narrative. Randall Park’s Jimmy Woo and Kat Dennings’ Dr. Darcy Lewis are both welcome returns to the playing field, but both are still quite distinctly side characters who have been thrust into the lead of the episode. Once again, they are still very fun and enjoyable characters, but when compared to the utterly outstanding performances of Paul Bettany and Elizabeth Olsen, and Parris’ performance from the opening scenes, they fall slightly short of this standard.

That is not to say that episode 4 was not without positives beyond the first few scenes, because there are specific moments that still remind you of the outstanding residing quality of WandaVision even in exposition heavy episodes such as this. One particular standout in this chapter, and in previous installments of the show, has been the willingness to play around with the aspect ratio when switching between eras and points of view. This may seem like a minor detail, but the experimental nature of the filmmaking is something that has been sorely lacking from the MCU as a whole, and even if it’s only registered unconsciously with some viewers, it is a highly creative way of signifying change on screen.

Whilst I’ve mentioned my love for the opening to this chapter of the MCU’s latest entry, and the disappointment for the middle portion of exposition, the ending is exceptional, perfectly teeing up next week’s episode to be one of the best so far. Without spoiling, some of the moments in the closing moments are shocking, and set up the characters moving forward on utterly fascinating paths I can’t wait to see the conclusion of.

Despite this fantastic ending and the inventively brilliant opening, it is impossible to deny quite how ironically middling the central section is. In any other show it would likely be remembered as a fairly great episode, with a fun if slightly underwhelming middle portion to it. What that doesn’t account for is the incredibly high standard that WandaVision has set itself in its opening 3 chapters. Yes, this episode would be a great installment of many other shows. For WandaVision, however, this fell below the 5 star quality Marvel have set for themselves in the past fortnight.

Our review of the series premiere!

Catch new episodes of WandaVision every Friday on Disney+

I watched WandaVision episodes 1, 2 and 3 with no prior knowledge of either of the main characters. I found the show compelling, mysterious and beautifully executed. I concur with your review of episode 4. Having read a few other opinions on it, I would like to compliment you on your refreshingly balanced tone. These fan-heavy genres sometimes attract surprisingly strong opinions!