Home » The Contenders: How ‘The Trial of the Chicago 7’ Came To Be
FilmLists & Editorials

The Contenders: How ‘The Trial of the Chicago 7’ Came To Be 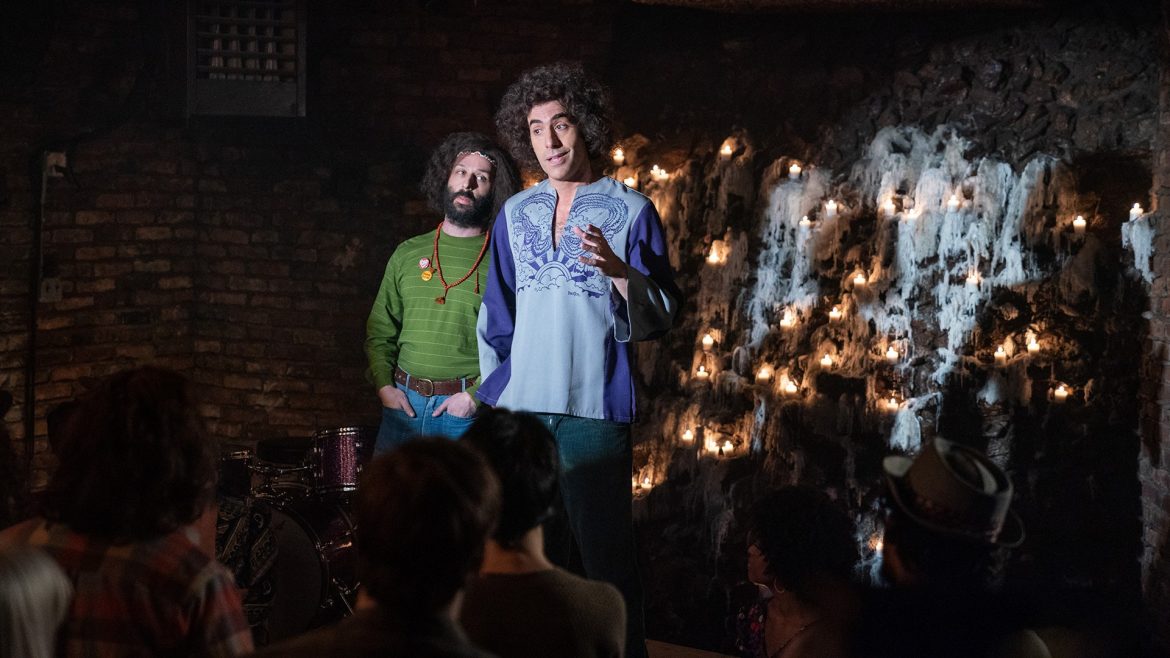 In the lead-up to the Academy Awards each year, there are certain standout movies that are undeniable contenders from the moment they are released. Over at DiscussingFilm, we decided to spend the road to the Oscars investigating the story of these films and find out: how did these projects come to be made?

When discussing standouts for the 2021 Oscars, one of the undeniable favorites to pick up awards is The Trial of the Chicago 7, with our Awards Editor ranking it as the frontrunner for best picture. Despite losing out on Best Picture at the Golden Globes, we still believe Aaron Sorkin’s Sophomore directorial feature is the most likely to pick up the big prize, and a very strong favorite for Original Screenplay.

Further, a strong showing in Oscar nominations points towards a clear possibility of a fantastic performance. The film received 6 nominations, leading the chase behind Mank which took home a massive 10 nominations. This included Best Picture, Best Original Screenplay, and a Best Supporting Actor nomination for Sacha Baron Cohen’s outing as Abbie Hoffman. Sorkin and Cohen may be the two leading faces of the film’s campaign for gold, but the journey here begins with another familiar name.

Steven Spielberg Brings Sorkin on board

The Trial of the Chicago 7 is a film that has had an incredibly long road to being produced, with it being a nigh-on miracle that it was even made, let alone made to such a high standard. It all began back in 2006, when Steven Spielberg spoke to Aaron Sorkin about writing a script about the 1969 American trial concerning the counterculture protests that took place in Chicago the year prior. The 7 defendants became known as the “Chicago 7” after they were accused of inciting a riot following clashes with the police. The trial dominated the national press at the time, and the 7 men, joined by Black Panther co-founder Bobby Seale, were some of the most famous men in the country. Sorkin leaped at the chance to work with Spielberg and produce the script on this event, despite later admitting that “he left and called [his] father and asked him who the Chicago 7 were.”

Sorkin would go on to deeply research the trial and the events that led to it. This included poring over court transcripts, books written by members of the Chicago 7, and extensive conversations with Tom Hayden before his passing, played by Eddie Redmayne in the 2020 film. Sorkin stated that “The most critical part of [my] research was spending time with Tom Hayden… that’s where I got the relationship with Abbie from”.

Casting for the original attempt to produce the film is fairly unclear, with two notable exceptions. Bobby Seale, played by Yahya Abdul Mateen II in the 2020 film, was originally set to be played by Will Smith coming hot off the heels of The Pursuit of Happiness. Ironically, 15 years ago Sacha Baron Cohen was still attached to play Abbie Hoffman. A pivotal social activist and co-founder of the Youth International Party, Hoffman was someone who Cohen researched extensively at University, and has even credited with inspiring elements of the activism present in his films such as Borat.

Despite the strong cast and stellar team behind the screen, the production fell apart. Original plans were to get the film out by the 2008 U.S presidential election, but the 2007 writers’ strike and issues over financing lead to it slowly becoming but a dream. First, directorial duties were passed on from Spielberg to Paul Greengrass, and later to Ben Stiller, before the project was scrapped altogether.

10 years on, however, the film found a second life thanks to one man. Donald Trump.

In the leadup to the 2016 election, Trump’s violent rhetoric towards protestors for many invoked memories of the pressure cooker that was the Summer of 1968, which led to the protests in Chicago. The story of protestors being beaten by police for attempting to peacefully exercise their civil rights was more relevant of a tale to tell than ever, and so Sorkin was sounded out to direct the film.

While, initially, financiers were unsure of Sorkin’s directing abilities. Sorkin built a name for himself in screenwriting with the political drama The West Wing, which granted him 4 Emmy wins. His first Oscar nomination, Best Adapted Screenplay for The Social Network would grant him the big win. But he didn’t win over financiers until his directorial debut, Molly’s Game, after which Steven Spielberg reportedly vouched for Sorkin’s ability to bring the story to the big scene.

After the film was produced, Paramount were set to release it in cinemas this year. Recognizing the importance of getting it out in time for the awards season, and the issues of a cinema release during Coronavirus, the film was instead presented to streamers to bid on. Netflix, Amazon, Apple, and Hulu were all given the film and 24 hours to prepare a bid, with Netflix eventually muscling out the competition with an offer of $56 Million against a production budget of $35 Million.

The Trial of the Chicago 7 was finally released 15 years from the initial planned pre-production and 52 years on from the events portrayed in the film, and the release arguably coincided with possibly the most relevant circumstances to occur in that time. The #BlackLivesMatter movement in America was and is dominating societal discussions, and the political divide is wider than ever.

Sorkin’s film, superbly captivating as it is, falls in line with what award bodies see as Best Picture material. It was seen as a major contender from the day it premiered on Netflix last October, but now 6 Oscar nominations later, it is seen as the film to beat. Sorkin took the Golden Globe for Best Screenplay and is still the favorite to do so in the Oscars’ Adapted category. Even though Chloé Zhao’s Nomadland has been dominating the circuit, the Academy is always unpredictable and the timeliness of The Trial of the Chicago 7 is presented in such an encompassing way that many see unbeatable. This is especially clear when looking back at the Academy’s track record of awarding films with proficient commentary on political and societal injustices.

Check back soon for the next installment of The Contenders!