Home » ‘Street Gang: How We Got to Sesame Street’ Review – A Lovely Look Inside an Immortal Show
Film

‘Street Gang: How We Got to Sesame Street’ Review – A Lovely Look Inside an Immortal Show 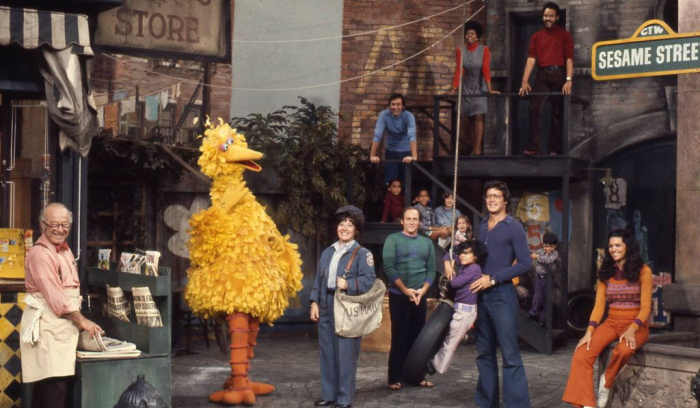 It’s difficult to imagine a world without Sesame Street. On the air since 1969, the iconic and beloved television show has helped to raise four generations of Americans. Sesame Street was the very first educational children’s show and by artfully combining Muppet performers with a cast of human actors, it has become unimaginably successful since, expanding to other countries and becoming a blueprint for educational television. Street Gang: How We Got to Sesame Street is a new documentary based on a book of the same name by Michael Davis that traces the show’s inception up until the early 1990s. As an exploration of the creation and success of the program, it focuses primarily on the people who created it, what their visions were for Sesame Street, and how they made it happen rather than the technicalities of putting on a children’s television show.

Technically speaking, the structure for the documentary is very run-of-the mill. The creators of Sesame Street are interviewed, as were other people who were involved and family members of the deceased. There is good flow between topics, each segment bleeding into the next one seamlessly. The documentary doesn’t focus on any one creator too much and there is a good balance when it comes to recognizing and examining each person’s contributions.

As for the content of Street Gang: How We Got to Sesame Street, it’s absolutely wonderful. Before 1969, children’s television was commercialized and was primarily focusing on selling products. The goal of Sesame Street initially was to take those advertisement techniques to “sell the alphabet”. In the 60s, the civil rights movement was gaining traction and with a larger focus on activism, a problem was recognized among young children. There was a large gap between children who got a head start on schooling before kindergarten and those who did not have access, and this disparity hurt lower income people of color the most. This educational gap had long term consequences in the development of children and set them further back in life. So the purpose of Sesame Street was to help close that gap and help the disadvantaged demographic. Co-creator Joan Ganz Cooney speaks to the intentions of the show the most and outlins the special care her team took in not only researching to make sure children would retain the knowledge while engaging with the show as a form of entertainment, but also how they took special care in making sure those demographics could relate to the show.

Sesame Street’s setting as an urban city street is intentional. Its interracial cast free of stereotyping is intentional. The way they never speak down to the children on the show, the way it approaches serious topics and makes them accessible is intentional. Sesame Street is a political show because, in a way, it is activism. Street Gang touches on all of this and resonates emotionally as it unfolds how a group of exceptional people took the time and care to create something so incredible. The most entertaining and touching moments of this documentary are the Sesame Street bloopers and behind the scenes clips. Not only was the show educational, it was also meant to be watchable for adults and the performers were quick witted and hilarious. It’s an absolute joy to watch.

While Street Gang was a story that needed to be told, it’s somewhat strange that HBO would create it without taking its message to heart. HBO signed a 5 year deal with Sesame Street that allowed the show to create more episodes than they were previously able to and alleviated some of the financial burden from dwindling DVD sales. But this deal also came with the stipulation that all new episodes of Sesame Street would go to HBOMax before being aired sometime later on PBS, the free American public television station that has always been Sesame Street’s home. Not only this, but The Not-Too-Late Show with Elmo is another children’s program featuring one of the most iconic Sesame Street characters, Elmo, coming exclusively to HBOMax.

While children ages 3 to 5 who are only able to see Sesame Street on PBS will be none the wiser that they’re watching old content, and The Not-Too-Late Show with Elmo is spin-off rather than a replacement for the original show, it is saddening to see the commercialization of Sesame Street. Elmo’s new late-night talk show was clearly crafted as a way to attract a certain graphic to HBOMax by offering an exclusive show about one of the most beloved children’s characters of all time. The same could be said for offering audiences exclusivity with Sesame Street on HBOMax before it comes to cable. For a show conceived with the primary focus of helping disadvantaged children, and more importantly, being accessible to them, a rift of inequality has now been created in accessing Sesame Street content. The originally primary audience has now become a secondary concern when it comes to the distribution of the show, and while there are not any major consequences yet, it is a troubling shift when looking at the future of the show.

Street Gang does not have the chance to go into this deal because it ends with Jim Henson’s death in 1990. Jim Henson was the visionary behind the Muppets and a performer on Sesame Street. It’s a good place to end because while Jim is gone, this fantastic show he had a hand in making will live forever. It has touched countless lives and helped every child who has seen it. It’s arguably the most influential program in America because not only is the entire population familiar with it, it has shaped them all in some way. It made them laugh or it taught them something or it introduced them to a new experience. Street Gang: How We Got to Sesame Street takes a look behind the curtain at how this impossible task was accomplished and does so with great care. It is incredibly moving and if you love Sesame Street (which you probably do) it’s more than worth watching.