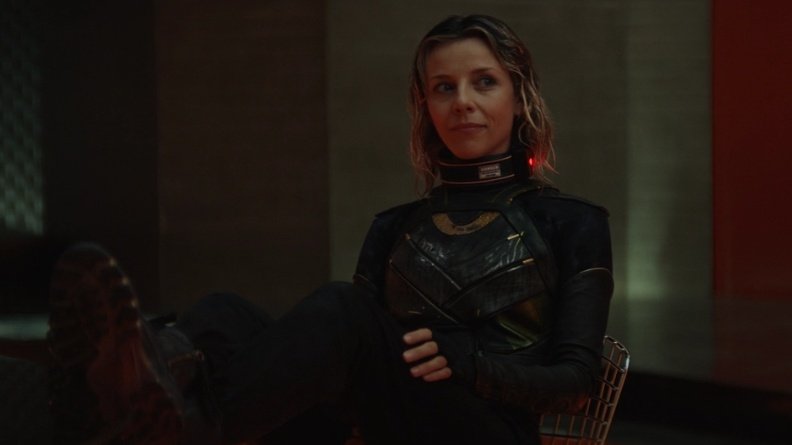 Last week, fans of Marvel’s Loki were left on a cliffhanger as Loki and Sylvie failed to escape the impending apocalypse of Lamentis-1 in the future. With a bunch of questions and reasonable concerns, mainly if the show was already headed towards a predictable ending, Episode 4 of Loki, titled ‘The Nexus Event’, arrives just in time to throw everyone completely off guard, while giving viewers just enough to get incredibly hyped for the last two episodes.

Episode 4 starts in Asgard, where a young female Loki (later to be known as Sylvie) is playing with her toys, only to be interrupted by the TVA as they arrest the child for unknown “crimes against the sacred timeline.” It’s revealed that Ravonna Renslayer herself (Gugu Mbatha-Raw) is the officer who originally brought Sylvie to the TVA, making her the one ultimately responsible for the events now taking place. After the young Sylvie miraculously escapes, fans are brought back to the present as Mobius, Ravonna, and Hunter B-15 search for the main two Loki variants.

Back on Lametis-1, Loki and Sylvie await their demise together. As they begin to share an intimate moment of acceptance before death, the TVA finally finds and arrests them thanks to an abnormal nexus event in the timeline (more on this later). The episode spends most of its runtime with Mobius, as he tries to interrogate Sylvie’s plan out of Loki and possibly discover the truth behind what’s really going on at the TVA. Could everything he’s ever known actually be a lie? This is the major thread that starts to weave the grand scheme of the show together, and it’s the best part of the episode outside of the final minutes.

Mobius is great at telling when he’s being lied to, which is why his dynamic with Loki works so well. Owen Wilson adds so much to the character with every little detail, so it’s really nice to finally spend a lot more time with him taking lead, as he goes rogue at the TVA. During his investigation, Mobius name drops Titans, Kree, and the first confirmation of Vampires in the MCU, who may appear next year in Moon Knight and will most certainly be in Blade. Wilson is allowed to give his best performance of the series which is solidified by a heartbreaking rant about wanting to live the old life that he can’t even remember, just right before Ravonna has him “pruned” to death. While it’s highly unlikely that Mobius is actually dead (given a revelation later in the episode) the scene is still heartbreaking thanks to an honorable Wilson.

Loki and Sylvie take a back seat in Episode 4 as they mostly serve to turn Mobius and Hunter B-15 against the TVA. Although, the screen time they do have offers some fun and emotional moments. Specifically, Loki, who’s trapped in a time loop where he is confronted by Lady Sif (Jaimie Alexander’s first on-screen appearance as the character since 2015). Fans are treated to an old memory where Loki is responsible for cutting off some of Lady Sif’s hair, and the TVA gives him no choice but to relive the same ass beating he gets from her over and over.

Lady Sif repeatedly tells him that he will forever be alone, and Loki doesn’t break the loop until admitting that he’s an evil narcissist who causes mischief only because he is alone. While some of Loki’s character arc has been sped up in the show to get him as close to the spot he was before his official death in Infinity War, this episode and the last have offered some integral revelations for his persona. He feels like he’s genuinely changing and accepting more of who he is and can be. It’s a slightly different avenue from his arc last seen in the films, and arguably a better one.

The final moments of Episode 4 make for the best cliffhanger seen from any of the MCU shows and set up the series for far greater potential. Loki and Sylvie finally come face to face with the Time Keepers, who boast some of the most impressive visual effects seen on Disney+. Their cosmic designs translate well and feel alive with incredible movement that almost looks puppet-like; it’s stunning enough to get anyone excited for how Kang the Conqueror and more of Marvel Cosmic will soon look on-screen. But these Timekeepers are soon revealed to just be androids, as Loki and Sylvie are soon freed by a rebellious Hunter B-15, following in the footsteps of Mobius, and beat the TVA guards and Renslayer in a thrilling fight. Sylvie decapitates one of the Timekeepers, revealing nuts and bolts and a bigger, more mysterious threat who could be pulling the strings behind the whole multiverse.

After this shocking truth, Loki comes to terms with how he and Sylvie caused that irregular nexus event at the beginning of the episode. Mobius previously taunted Loki for having feelings for Sylvie, with this out-of-the-ordinary relationship causing a high spike in the timeline. While this may come off weird to some, it’s a possibility that many didn’t think Marvel had the guts to do, for Loki has done far more absurd things in actual Norse Mythology. But before he can open up to her, he’s pruned to death by Renslayer, leaving the viewer stunned. Was he really about to admit nonplatonic feelings? And did he really just die?

Though as shown in a post-credits scene, he isn’t dead at all. He’s actually awoken by the voice of Richard E. Grant dressed up as classic comic-book Loki. This ‘Classic Loki’ is joined by ‘Kid Loki’, ‘Boastful Loki’, and an alligator version of Loki (all names confirmed in the credits). This reveal sets up many cool and new concepts, but more importantly, the potential to delve deeper into the Loki lore that the show has only scratched the surface of. These last few minutes turn Loki on its head and leave the viewer not knowing of what is come, not even one bit.

With only two episodes left, Loki has positioned itself to become the best MCU original series to date. This week’s entry enforces that by providing audiences with great, admirable character moments between the majority of its cast. There are fantastic performances all around, with Wilson being the standout, and plenty of shocking reveals that throw fans on a loop to how this story could end. As proved by the highly unexpected post-credit scene, Loki has yet to play all of its cards and where it goes from here is sure to be unpredictable at the very least.

Our review of Episode 3: When Tricksters Collide