‘Fear Street Part One: 1994’ Review – A Competent, but Unremarkable Start 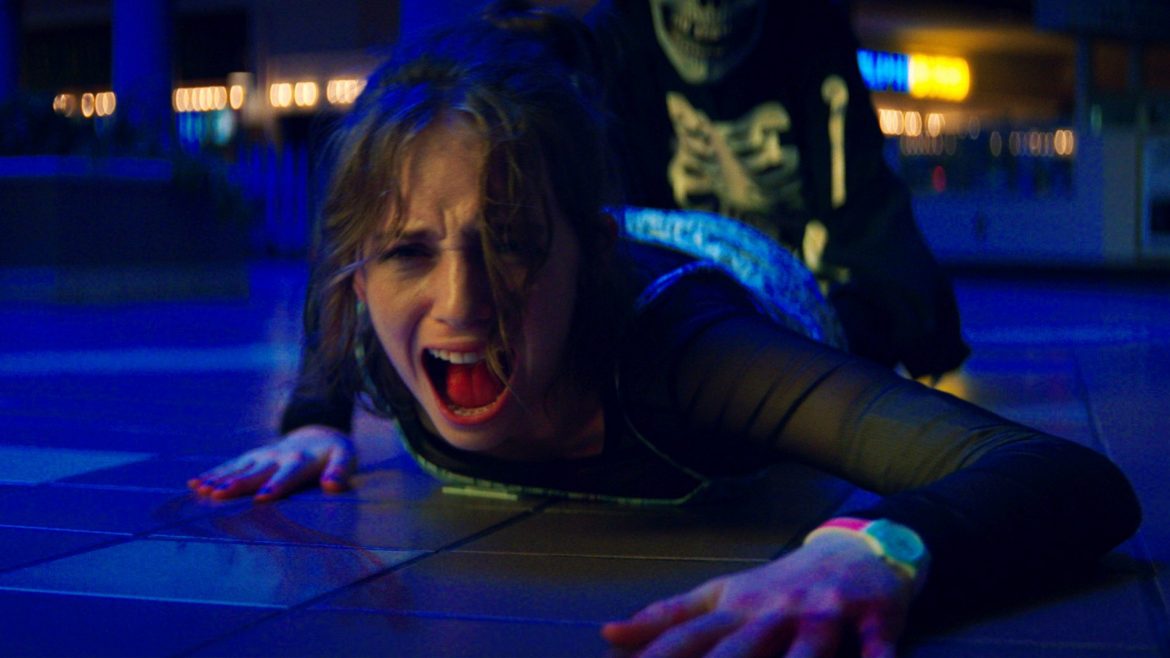 R.L. Stine is best known for his beloved Goosebumps book series, which to this day is one of the first gateways for younger audiences into the realm of Horror. The books boast an instant accessibility to them that continues to draw readers in, and while things are certainly ‘kiddified’, the threats still often come across as genuinely scary thanks to Stine’s particular prose. The author’s talent for making those real scares palatable carries over into his other staple title, Fear Street, which is aimed at a slightly older teenage demographic and allows for some more gruesome Horror elements.

Much like Goosebumps, Fear Street is a massively successful series that’s sold millions upon millions of copies, so an adaptation (or two, or three) was an inevitability. In 2017, filmmaker Leigh Janiak was brought in to helm a trilogy, now being released by Netflix in a neat summer event that will have each film come out over the course of three consecutive weeks. The three films – Part One: 1994, Part Two: 1978, & Part Three: 1666 – are all one interconnected story that follows terrifying events in the fictionalized town of Shadyside throughout different time periods.

1994 pulls from slashers like Scream and Halloween, following a group of teens who are pursued by a trio of relentless killers. One dresses up as a skeleton, another looks a bit like a scarecrow, you get the gist. In Shadyside, this kind of violence is commonplace. It’s just the morbid reality of its residents, who go about their often short lives in a sort of resigned acceptance. Massacres are kind of old by now to the point that the announcement of a mandatory candlelight vigil for a murdered high school student elicits nothing but annoyed groans from citizens.

At the center of all this mundane madness are Deena (Kiana Madeira) and Samantha (Olivia Welch), a turbulent couple who become the target of seemingly unstoppable murderers when the two unwittingly awaken the town’s ancient curse. Their friends – confident and driven school valedictorian Kate (Julia Rehwald), stoner goofball Simon (Fred Hechinger), and Deena’s introverted, tech-savvy brother Josh (Benjamin Flores Jr.) – are pulled into the violent vortex as well, and they all have to work together to survive the night and find a way to break the curse.

The first entry in the Fear Street trilogy takes advantage of its surprise R-rating by indulging itself with legitimately bloody kills, a couple of which are gruesome enough to make even hardened viewers wince. There’s plenty of slicing and stabbing for Horror fans to get their kicks out of and then some, even if the film isn’t particularly scary. Multiple half-hearted attempts at jump scares (most of which are fakeouts) aren’t likely to make anyone so much as blink.

The film’s rating also allows the characters to actually talk like teenagers. As in, they get to curse a lot, at least when they’re not forced into lengthy scenes of exposition. One of 1994’s issues is how, even with an hour and forty-five runtime and another two movies to go, it feels like it’s cramming a little too much in at once. The baseline for an interesting story with interesting characters (brought to life by a solid cast) is there but never feels like it goes far enough into fleshing anything out. Instead of building on the group’s relationships to each other or their lives in a town gripped by violence, the film spends most of its time padding out Shadyside’s lore with witches, serial killers, and simply has its characters chased from place to place to set up fun, yet overly familiar slasher sequences.

There’s potential here for some depressing but compelling ideas among the Horror thrills that can really connect with Fear Street‘s intended audience. The normalization of mass killings and how it affects the youth is certainly present, and the way Shadyside’s neighbor – wealthy and prosperous Sunnyvale – and the lives/mentality of its residents compares to the underprivileged and disillusioned folks of the former. There’s several aspects of Fear Street’s setting and concept about generational and cyclical violence that could take it towards greatness, but as of this first film, it simply isn’t there. Things feel strangely rushed and besides just making the film’s themes under-cooked, it also leads to some gaps in logic or continuity, like how major deaths are barely grieved for or how seemingly serious injuries don’t hinder anyone’s ability to get around.

Still, 1994 is able to keep itself going by adding on various twists and unexpected deaths that keep it entertaining. The central romance between Deena and Samantha is somewhat disjointed though still endearing thanks to strong performances (the same can be said for the rest of the cast) and it helps carry the film through as well. It’ll be interesting to see how the next two films work with the timeline going backwards, especially since 1994 tells the audience the events of both 1978 and 1666. That’s part of what makes it difficult to judge the first entry of a single story spread across three movies on its own; it basically functions as a miniseries. It’s a decent enough start, but whether or not the trilogy will expand on its more engrossing ideas will determine if Fear Street can make itself a memorable and fresh addition to the overcrowded slasher genre, or just be content with supplying overdone thrills.