Jodie Comer On Crafting Her Dual Role In ‘Free Guy’ 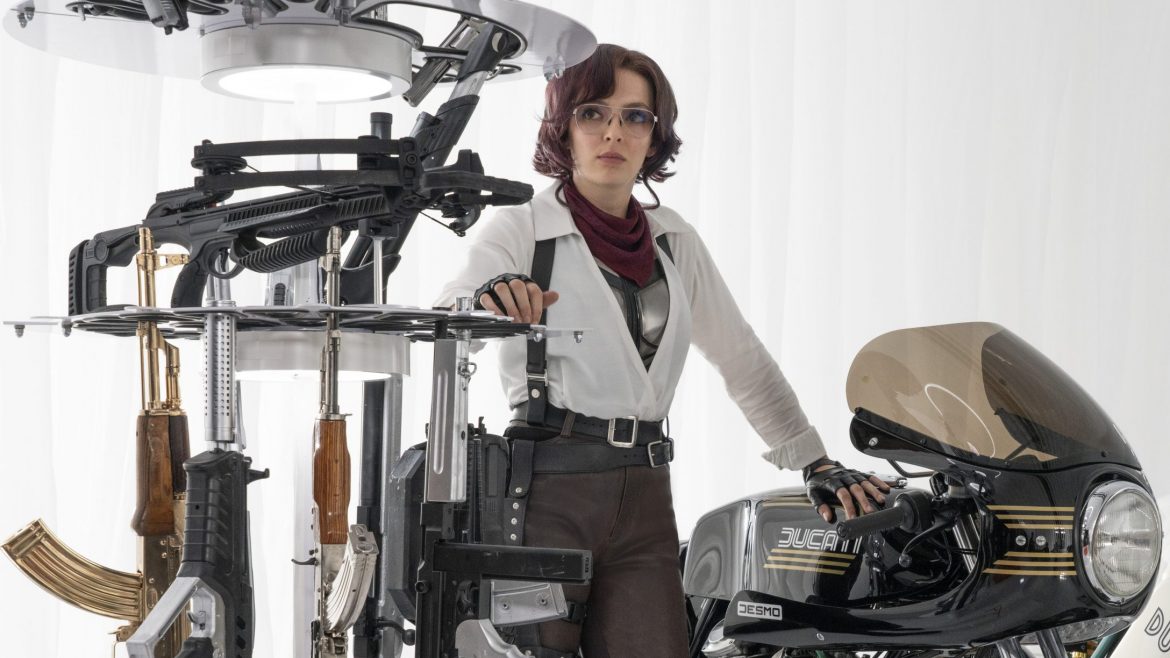 Jodie Comer has made quite the reputation in the span of just a few years. She first burst onto the scene in 2018 with her breakthrough performance as Villanelle in Killing Eve. In addition to critical acclaim, her portrayal as the Russian assassin has gotten her multiple Emmy and BAFTA TV nominations, winning both in 2019. She’s kept herself quite busy since then, landing parts in two Ridley Scott films, The Last Duel and Kitbag respectfully, and as the lead in the upcoming drama series Help. Comer is currently hard at work filming the final season of Killing Eve, but fans can now see her in her first blockbuster leading role in Free Guy.

In Free Guy, Jodie Comer plays Millie, a game developer who created the video game ‘Life Itself’ along with her friend Keys (Joe Keery). ‘Life Itself’ was then acquired by Soonami CEO Antwan (Taika Waititi). Instead of being released, it was shelved and secretly used to build the underling data of ‘Free City’, Soonami’s latest online game. Enter Molotov Girl, Millie’s Free City avatar who’s more than ready for anything that comes her way. She’s on a hunt to find the hidden code of Life Itself hidden within Free City before the game is permanently deleted.

At the Free Guy press junket, Comer spoke on her favorite things about working on the film, saying: “One was the team, you know, to be able to work with the creatives… and also just the sheer imagination that the script had. I remember reading it and thinking, ‘Oh my gosh, how is this going to translate onto the screen?’ You know, you have the real world mixed in with the video game. So I think it was just the scope of it, and how much heart it had. You see it written down a lot like it’s an action comedy, but I just feel like there was so much more to that. There’s so much emotion, and it provokes so much emotion in you. So I think it was the imagination that the script had for me.”

When asked on playing a “God-like figure” — thanks to her being one of the designers of the video game world — and what was it like to discover so many elements of her character, Comer stated: “It was incredible. I mean, it was a huge part of what attracted me to the piece, especially having this girl Millie and Molotov being a creation of her. It was so important that it was always an essence of Millie, but that Molotov was also very different. And I think a way in which we did that, which I really tried to focus on, was the physicality. There is a lot of nuance there, especially within her world. Even looking into how male-dominated that industry is, which is similar to my own, and those kind of fights that she was up against, and the kind of resilience in which that created in her, there was so much for me to play with.”

She goes on to talk about the collaborative spirit between herself, Ryan Reynolds, and director Shawn Levy: “I feel like that was always really presen. From the moment I got the first draft and then to the moment when we were on set and playing around, and we were changing things, Ryan [Reynolds] and Shawn [Levy] would always be asking my opinion of what I thought. So it was such a great experience to be able to also bring my own ideas to play.”

In a movie with an already talented, memorable cast, Jodie Comer steals the show. In such a short amount of time, Comer’s already made a name for herself, with the hardcore Molotov Girl her latest in what’s slated to be a busy next few years.

Read Next: Taika Waititi on Playing The Villain in Free Guy