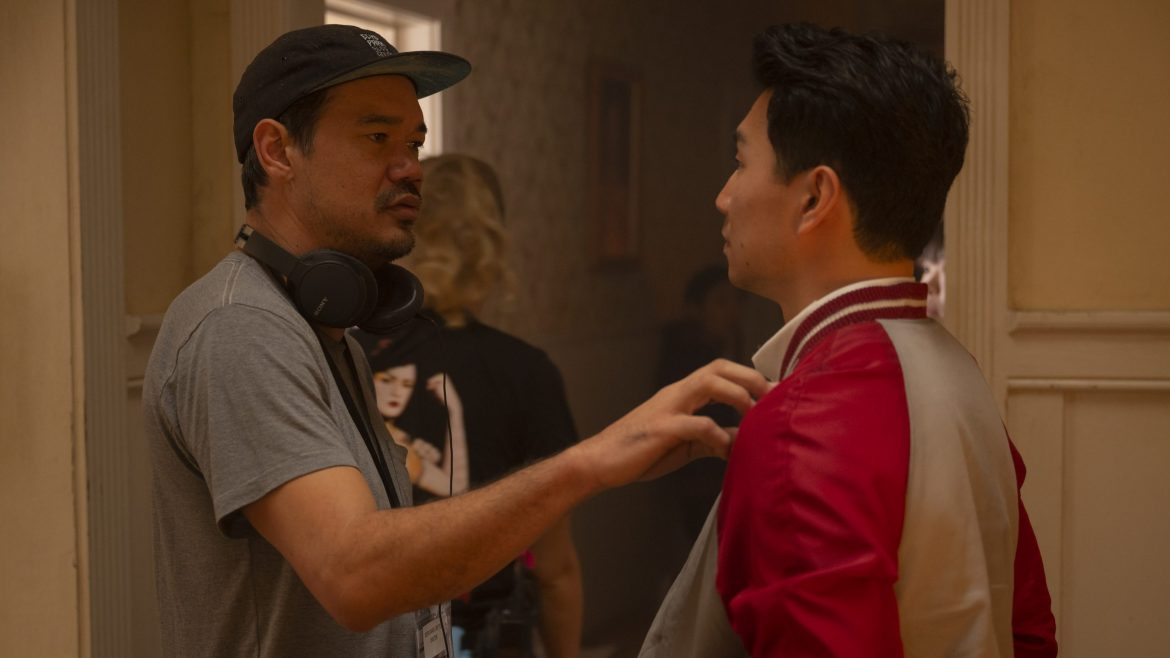 The Marvel Cinematic Universe is the dominant media franchise of today, and as such, guiding new films within its growing, overarching story is no simple task. Marvel Studios have built a well-known reputation for choosing rising, idiosyncratic filmmakers to pilot their projects into success. Studio President Kevin Feige and his team of producers have a knack for finding the perfect match; it’s this same formula that’s proven time and time again to launch once indie names, such as James Gunn, Taika Waititi, and Ryan Coogler, to the major leagues. Now with the release of the 25th film in the MCU, Shang-Chi and the Legend of the Ten Rings, the time has come for director Destin Daniel Cretton to step into this spotlight.

But as we discovered at the official press conference for Shang-Chi, this was a road not easily taken. Known for the indie breakout hit, Short Term 12, Destin Daniel Cretton probably wasn’t always an obvious choice to bring Marvel’s first Asian superhero to the big screen. However, as previously stated, Feige and his team have a way of choosing the right voice for the job. Cretton had the following to say when asked about his personal calling to the character of Shang-Chi.

Destin Daniel Cretton: “I really personally connect with Shang-Chi’s journey. I love that this is a superhero that doesn’t get splashed with chemicals to get his superpower. That it’s a journey of self-discovery, of growing up, of learning how to finally deal with the pain he’s been running away from his entire life.

And that when he is finally able to look into his past and embrace the good, bad, the joy, the pain, and accept it all as a part of himself, that’s when he finally steps into his big boy shoes, and I think that’s kind of what we’re all doing as humans in some way or another.”

In traditional Marvel fashion, Shang-Chi takes a very personal story and amps it with grand spectacle and high-stake thrills. Transitioning into today’s blockbuster landscape from small to mid-sized budget features isn’t always for every storyteller. Going further, stepping into an expansive, multi-film franchise can often make the process even wearier with the additional expectations and responsibilities. Cretton confesses that all of these concerns were very much on his mind before signing on to Shang-Chi. In fact, his gut reaction to such fears could have almost lost him the gig.

They asked me, have you always wanted to do a big Marvel movie? And I was like, should I tell them? And then I said, okay, well, the truth was a few weeks before they announced that they were looking for directors for [Shang-Chi], I made a very real decision and called my agent and said: don’t ever let me do a Marvel movie.

So I said this to Kevin, Louis [D’Esposito], Victoria [Alonso], and Jonathan [Schwartz] in the pitch. And I then explained to them that when they made the announcement for Shang-Chi, something sparked in me that made me have to go in and just take a meeting.”

That’s probably the last thing anyone should say when going up for the next big blockbuster series, though it ended up giving Cretton an edge above the competition. In the bluntest way, Cretton made it clear that he was truly there for the character and importance of Shang-Chi himself, not merely for the title of being the next hotshot director. Cretton continues his story and reveals how words of wisdom from Black Panther director/writer Ryan Coogler changed his perspective when heading into Shang-Chi and the greater world of Marvel.

Destin Daniel Cretton: “When I was in the elevator going down, I was leaving that meeting and I thought, you’re an idiot for saying that final thing. But when it came down to it, I did have a conversation with Ryan Coogler and I was really, you know, scared of stepping into a big studio movie like this and scared of what it might do to me – with the pressure, will I cave? I had a lot of fears.

The thing that Ryan said to me, which really eased my mind, was the pressure is hard. It’ll be the hardest thing potentially that you have done up to this point, but none of that pressure or none of those complications come from the people that you’re working with or for. And that’s what I found. This is a very special place to work where, not to toot Kevin’s horn, but there is an environment of curiosity, of exploration that goes from the top down.”

After all, who could offer better advice than someone who was actually in his very same shoes before? Cretton is only the latest filmmaker to praise their collaboration with Marvel Studios, and something clearly clicked in the right way for “this latest pairing of distinct vision and massive budget makes Shang-Chi a surprising journey of self-discovery.” Stemming back to what Cretton said at the beginning, the film is about embracing what’s on the inside, everything from the joy to the pain. And with that, Cretton gave this final statement on why his experience on Shang-Chi came out as pure as it did.

Destin Daniel Cretton: “There is no fear-based mentality at this studio which has really allowed us to take risks and chances, and be able to instill that same fearless exploration with everybody involved in this film. I think that’s a huge reason why the movie turned out the way that it did.”