Home » ‘What If…?’ Episode 4 Review – The Biggest and Best Episode Yet
TV

‘What If…?’ Episode 4 Review – The Biggest and Best Episode Yet 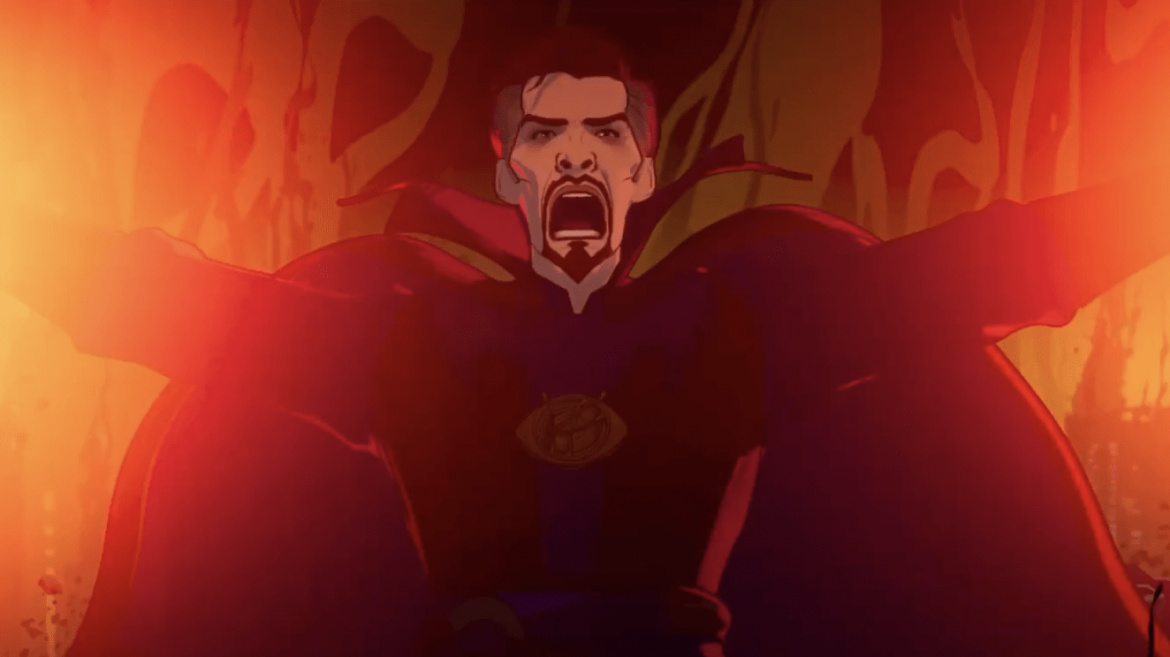 As the first season of What If…? has progressed, it has continued to get better and better with each passing week. This trend keeps up in what proves to be the strongest episode yet, with an epic, grandiose tale that takes the origin of Doctor Strange in a completely far-out direction. Episode 4 of What If…? delivers breathtaking visuals set across multiple timelines that will leave all fans, new or old, on the edge of their seats.

This week’s narrative follows a world where Stephen Strange’s girlfriend, Christine Palmer, was killed in the accident that originally took his hands in the 2016 film. Strange becomes obsessed with the idea of bringing her back to life, resulting in the most personal storyline the show has told: a tragedy of universe-ending proportions. The animation in What If…? has received mixed reception ever since its first reveal, but episode 4 is undoubtedly the best looking installment of the series so far. The animation is heavily stylized and given greater grandeur, with every single shot more incredible than the last. The character and world designs will shut down even the most avid naysayers. So much spectacle is captured in only half an hour, making it loud and clear that that Marvel Studios has much more to show within this creative medium.

Episode 4 of What If…? also boasts a very tight script. Alongside the stellar animation, the short time span gives viewers a full arc of development for this alternate version of Stephen Strange that will surely make anyone invested in his story and the sadness surrounding it. The biggest worries with the first episode came from a weak narrative surrounding Captain Carter, but luckily, the series has continued to pull more and more tricks up its sleeves since then. This twisted interpretation of Doctor Strange manages to connect with viewers immediately, building an emotional investment as he attempts to bring back the woman he loves, and it all works in favor of making each beat in the episode land like it needs to.

What If… has had some questionable voice acting from a number of the MCU stars who simply aren’t trained voice actors, although this problem is unsurprisingly not found with Benedict Cumberbatch, given his past acting experiences. Even without being able to give a fully physical performance, he manages to fully embody the pain and broken nature of this alternate Doctor Strange, making him much easier to empathize with. Rachel McAdams also does a great job in this reprisal, portraying Christine Palmer with a loving nature as the two actors perfectly sell their relationship in animation, perhaps with more chemistry than what they had in Doctor Strange, which makes the episode all the more exciting.

The scope of episode 4 cannot go without mention. Fans have already gotten to see a WWII adventure, a galactic heist, and a murder mystery. Now, they’re taken on a multi-timeline Shakespearean tragedy with spectacular action. There’s a unique Doctor Strange battle visualized in a way unlike anything the MCU has tried to attempt in live-action. The most powerful sorcerer in the universe engages in a war of cosmic proportions (quite literally with himself) and it’s all truly incredible.

The conclusion of the episode raises some very intriguing and important questions. The new evil Doctor Strange comes face to face with the Watcher, begging him for help. However, the Watcher refuses to assist, allowing his universe to be destroyed. With the Watcher’s actions being called into question, it’s going to be interesting to see what steps he takes next in the show. By the end of this debut season, fans can only hope that he goes through a genuine journey rather than just being a blank slate used to progress the plot, as he’s the closest thing What If…? has to a protagonist and not giving him any sort of development would be extremely disappointing and a huge disservice to its core premise. Only time will tell regarding the Watcher’s progression this season.

Episode 4 of What If…? is the best one thus far no question, telling a tight, concise story with breathtaking action, heartbreaking drama, and a showcase from the animation department that loudly states that the MCU is just getting started in this medium. Hopefully, the series can continue its gradual increase in quality moving forward, and audiences can keep getting even better stories over the next few weeks.

New episodes of What If…? air every Wednesday on Disney+!