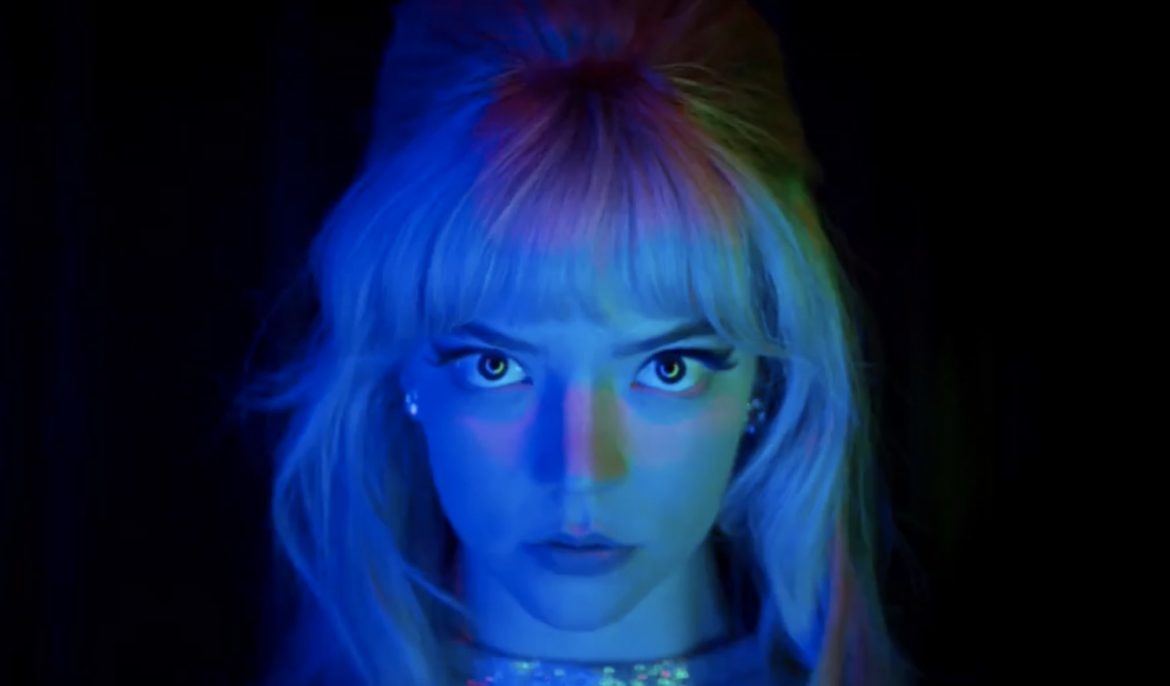 Edgar Wright is one of Britain’s best contemporary filmmakers. Naturally, a new feature from Wright is bound to garner a lot of eyeballs. And coming off his documentary debut, The Sparks Brothers, which already premiered this year, Last Night in Soho manages to continuously raise the bar for this storyteller. Wright’s latest is a beguiling, yet haunting ode to the swinging and vibrant streets of 1960s’ London.

Eloise (Thomasin McKenzie) is an aspiring fashion designer who makes the long move from Cornwall to study fashion at University College London. Shortly after moving into her schooling residence, Eloise makes the gut decision to move out and find her own place. Eloise meets Miss Collins on a whim, an older Londoner looking to rent out a room in her central London home. It’s here where Eloise starts dreaming of a beautiful, idyllic blonde singer named Sandy (Anya Taylor-Joy). Her dreams quickly become reality as she becomes obsessed with Sandy, even basing her latest fashion designs on the mysterious figure.

Not all is as it appears to be as Eloise’s dreams of Soho in the 60s start to splinter into reality. Like Baby Driver before, Last Night in Soho sees Wright stepping into new ground as he continues to leap away from comedy. But that’s not to say that the film is without humor, for it can be very funny with Wright’s trademark wit. It’s clear that this is a passion piece for Wright, who brings together his extensive love of horror cinema and music, which make for a match made in heaven.

To describe the effect of Last Night in Soho, two simple words come to mind: haunting and spell-binding. It’s haunting in the way that the film’s mystery plays out, but also as the final act descends into pure horror. The questions that push Eloise are: who is Sandy? Is she real? Or is it all just a nostalgia-induced dream? In terms of the latter feeling, its spell is weaved by the harmony between the film’s toe-tapping soundtrack, gorgeous and vibrant cinematography, and the chilling twist-filled narrative.

Although very different, the passion for music in Last Night in Soho is akin to Quentin Tarantino’s Once Upon a Time in Hollywood. Both films leave one with a similar, nostalgic feeling of absolute awe for times gone by. The soundtrack of the 60s is a pivotal part of the film, it greatly helps to define the story’s time period shifts and how Eloise feels. For Eloise, music is an escape from the present. While Wright clearly embraces this love and admiration, the film makes a valid warning of fetishizing the past, since much of the hardships in the present day also happened back then. Additionally, Anya Taylor-Joy’s on-the-spot rendition of Petula Clark’s “Downtown” is an instant musical treasure, à la Emma Stone’s audition scene in La La Land.

Talking about performances, Thomasin McKenzie absolutely brings it all as the main lead. She’s arguably been on a hot streak since her breakout role in the wonderful Leave No Trace, and McKenzie shows why by stretching a whole new set of acting muscles here. As the film plunges into full-on horror, McKenzie’s role becomes disjointed and loses all sense of reality. It’s here where she shines just as bright alongside seasoned actors like Diana Rigg, Terence Stamp, and Anya Taylor-Joy. Another name that must be mentioned is Michael Ajao, who’s now grown since his favored part in Attack the Block, as he is tenderly brilliant alongside Wright’s cast.

Also, It must be mentioned that the film opens with what might be the best scene of the year, it’s unforgettably excellent. Likewise, Last Night in Soho‘s mysterious connection between the past and present is acely executed. On its own, this tale is undeniably fascinating. It’s a love letter to many personal things for this filmmaker: horror, London, the 60s, and classic music. The end result is a film that is both powerfully chilling and wondrously beautiful.

Last Night in Soho premiered at the 2021 Venice Film Festival. The film releases in theaters October 29!