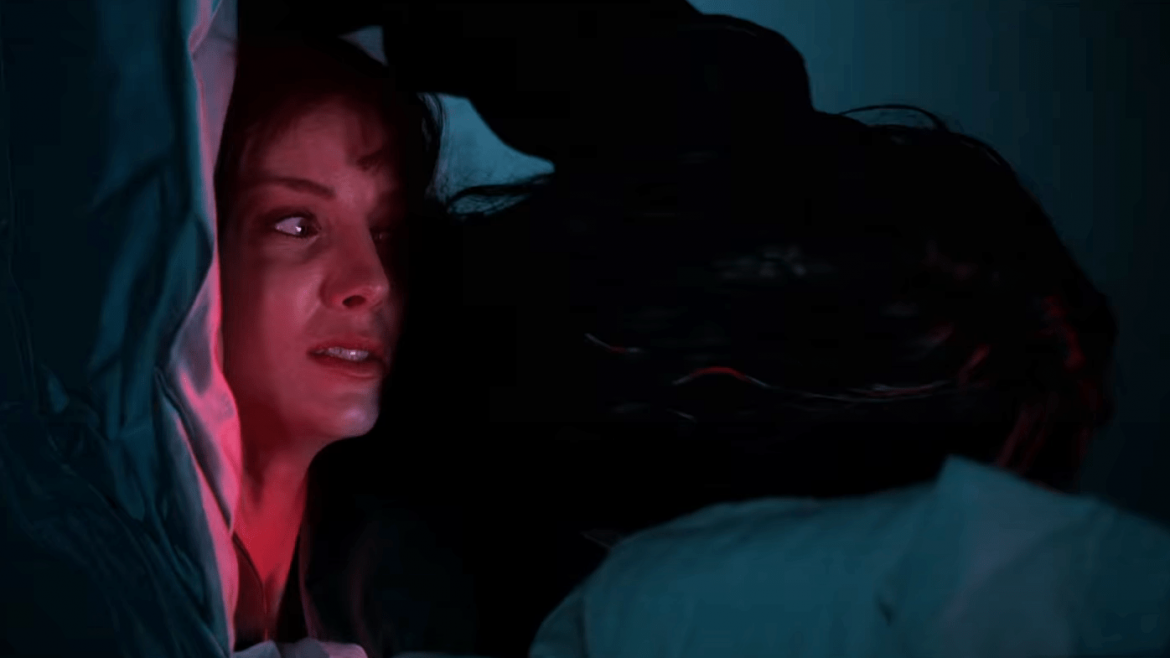 James Wan is one of the most fascinating filmmakers working today. Alongside frequent creative partner Leigh Whannell (The Invisible Man, Upgrade), Wan kicked off the game-changing Saw franchise in 2004, ushering in a new wave for the horror genre and immediately establishing his penchant for unnerving creepiness and wince-inducing violence. While most audiences may only recall the torturous moments of self-mutilation and inventive death traps that Saw and its numerous sequels became famous for, Wan’s original mostly plays as a gritty police procedural that draws from mystery thrillers like David Fincher’s Se7en.

In other words, Wan has style. It can vary based on whatever project he’s making – the chilling supernatural horror of his Insidious and Conjuring universes, the grindhouse vigilante action of Death Sentence, or the massive blockbuster spectacle of Furious 7 and Aquaman – though it’s always there and unapologetically eccentric. With Malignant, Wan’s triumphant directorial return to horror after five years, he delivers the whole package. There’s the supernatural haunted house scares where things go bump in the night and characters foolishly explore dark hallways, there’s gooey gory slasher goodness, wacky sci-fi elements with mysterious laboratories and scientists, and then the film does something else entirely that’s best left unspoiled.

It’s the kind of increasingly bizarre and bold horror you normally only find on places like Shudder, not something from a major studio like Warner Bros. Maybe that just goes to show the studio’s faith in him after supplying them with so many hits, but one thing is for certain: Malignant is unbridled creativity. It’s Wan’s style through and through, yet more free than it’s ever been.

Written by Wan, his wife Ingrid Bisu, and Akela Cooper (Luke Cage, Grimm), the film establishes part of what it’s going for right off the bat with an opening scene of a woman known as Dr. Weaver (Jacqueline McKenzie) attempting to subdue a demonic-looking entity that hurls people across rooms, causes power surges, and can broadcast its thoughts through radios and other electronics. Standing amid the mangled bodies of her fellow researchers, Dr. Weaver scolds the monster for being a “bad, bad boy” and as it screeches in anger, the dazzling, synth-heavy score from longtime Wan collaborator Joseph Bishara swells and it seems like you’re in for some zany sort of creature feature.

Bits of that sort of B-movie schlock still linger as Malignant jumps ahead a couple decades in time and makes its first pivot towards darker affairs like miscarriages and spousal abuse. Madison (Annabelle Wallis), an exhausted and underappreciated pregnant woman, comes home to the usual mistreatment at the hands of her husband Derek (Jake Abel). After a particularly aggressive shove slams Madison’s head into the wall and leaves a bloody mark, the following night sees the arrival of someone or something into their home. Whatever the terrifying entity is, it brutally murders Derek and leaves Madison in the hospital.

As she returns home with the help of her sister Sydney (Maddie Hasson), she begins to have paralyzing visions of the killer going after other victims, plunging her life into blood-soaked chaos, awakening horrifying repressed memories and arousing a suspicious pair of detectives (George Young and Michole Briana White). Whichever direction you think the film is headed in, it manages to keep getting stranger and stranger until its third act arrives at such a deliriously absurd yet incredibly entertaining place that it’s impossible for it not to be memorable. In the age of streaming, where almost everything feels made by committee and instantly forgettable, Malignant leaves a lasting impression with its increasing silliness and commitment to the various genre indulgences it basks in.

For those worried that Wan has finally lost his marbles or has moved on from the more masterfully tense scares of The Conjuring and Insidious, rest assured that the filmmaker still supplies plenty of impressively unnerving thrills here. When he wants moments to land correctly, there are no jokes or winks to the camera that signal any sort of intention of undercutting the genuine frights and harsh violence that Malignant still offers.

Speaking of cameras, the way Wan and cinematographer Michael Burgess (Annabelle Comes Home, The Conjuring: The Devil Made Me Do It) use them to play with perspective – zooming in and out of petrified faces and dark halls, spinning around characters to emphasize their feelings of being trapped, or in one memorable sequence, showing the entire layout of Madison’s home from above and following her frantic run through its many rooms – is the most dominant tool in how the director gets his technique across. There are the obvious tongue-in-cheek elements that the film is looking to get surprised laughter out of, but even the more serious thrills have an air of morbid fun to them.

Look, the less you know about Malignant going in, the better. There are the obvious inspirations that shine through Wan’s latest, although never have they come together in a way quite like this. It’s something special; creepy, funny, exciting, shocking, and outrageously original. Maybe the hypnotizing days of ‘elevated horror’ are starting to wane – maybe a new age of pure unhinged horror wackiness is upon us. It wouldn’t be the first time Wan started a trend for the genre.

Malignant is now in theaters and on HBO Max!