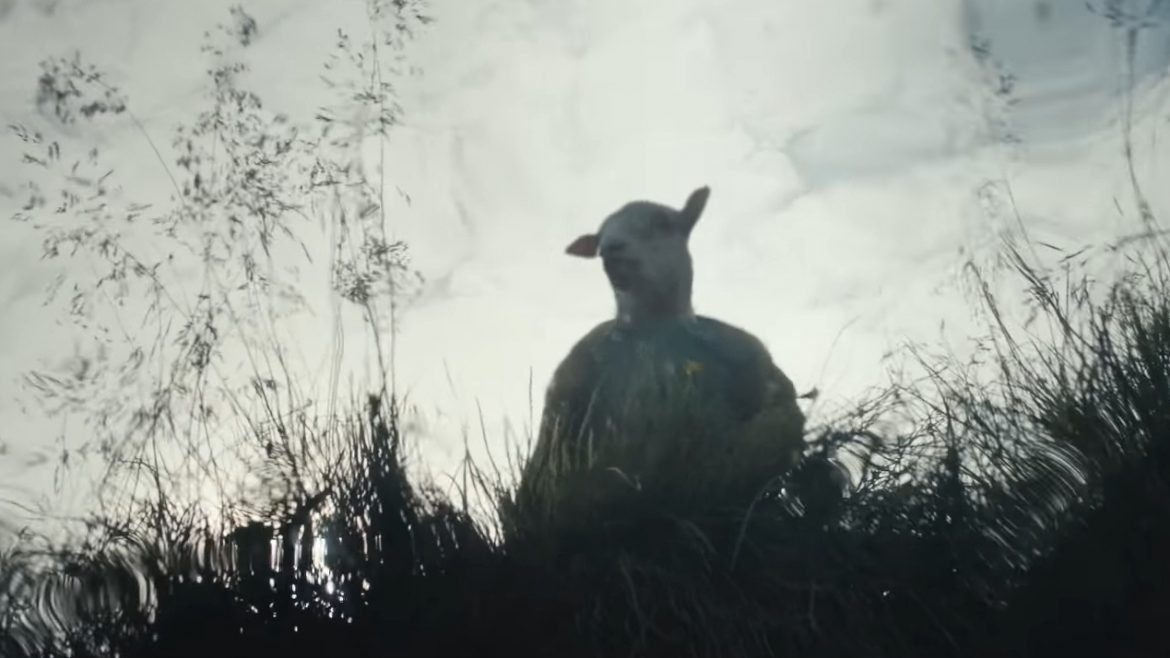 What is posed as A24’s latest horror offering, Lamb proves to be a complex watch. This Icelandic tale of a weary couple and their hybrid lamb child certainly fits right at home in the A24 catalog – a real slow-burner that revels in its bleak yet transfixing atmosphere, complete with its own niche – although it’s quite unfair to pin it at just that. Despite what many of the trailers might have sold, Lamb doesn’t operate as a traditional horror film, or anything close to it. As a matter of fact, director/writer Valdimar Jóhannsson doesn’t even consider his film to be horror! His vision will surely be off-putting to anyone hoping for a story about killer sheep, but if one gives Lamb a fair chance, they’ll walk out with a profound experience.

Lamb can be best likened to David Lowery’s A Ghost Story, a deep drama that just so happens to have supernatural elements. That doesn’t mean that certain parts of the film aren’t horrific, as Jóhannsson does explore life and death through the lens of a hybrid, it’s just that horror is used more as a secondary tool in getting its message across. And at the center of Lamb is a moral that, even though somewhat familiar, is uneasy to shake off. Achieved through creative methods that are more gratifying than simply how “scary” or “bloody” the movie could have been, Lamb feels like a fully realized modern fable.

Loosely inspired by actual Icelandic folklore, Jóhannsson pulls from his roots to form a new kind of twisted narrative. A couple lives peacefully on their farm in the valley, with nothing but green hills, quiet streams, and tall encompassing mountains in sight. The crops are consistent and their flock of sheep is as healthy as ever. They love each other very much, yet something still feels extremely off in their semi-charmed lifestyle. A burning desire has gone unchecked for too long. Sadly, they can grow and nurture practically everything on the farm except a seed of their own.

Clues point to failed pregnancies and the tragic loss of an unknowing toddler; Jóhannsson never directly spells out the source of their grief. What is made clear, however, is the healing power they feel when one of their sheep miraculously gives birth to a half-human hybrid. They unofficially adopt the newly named Ada without taking into consideration her real sheep mother or the logistics of her miracle birth. In blindsiding mother nature herself, the folly of their wish fulfillment leads to their final undoing.

It’s a rather simple story, one that works to full effect thanks to Jóhannsson’s meticulous hand. The events of Lamb unfold like a visual storybook in every sense. Besides the fact that it’s split up into chapters, images come across as vibrant pages from some kind of grim children’s tale. Jóhannsson often says the most with the least, letting the tormented subjects and Icelandic backdrops speak for themselves. Visuals of vast nature translate as both gorgeous and slightly harrowing – isolation plays a huge role in the narrative, not only highlighting the main duo’s desperation for a family but also maintaining a level of mysticism. When one is truly alone in the middle of nowhere, something as absurd as a Lamb hybrid becomes a little more acceptable.

Going further, much of Lamb excels because of how it runs with its inherently insane premise in a pretty straightforward manner. A hybrid is born, there’s almost no denying the fact, and then viewers get to see the cute little lamb grow up. The commitment from leading couple Noomi Rapace and Hilmir Snaer Gudnason cannot be understated. They fully buy into their warped fantasy, making way for some of the film’s most disturbing moments. At the same time, their direct and unbothered attitude also leads to some much-welcomed levity. Ada’s presence is rarely played for laughs, though seeing a lamb child in a knitted sweater eat noodles at the table will naturally get a humorous reaction out of anybody.

Believe it or not, Ada quickly grows into the most sympathetic character of the film. Lamb doesn’t ask much from the audience, just their patience and to suspend all disbelief at the door. In doing so, people will find themselves intrigued by the little hybrid. Brought to life through a mix of puppetry, VFX, and real lambs, Ada is the perfect face for this dark fable. Unlike what’s presented on the outside, she is far from the scariest thing in this tale – she is literally a child. Her role is one of innocence and longing, the latter being a crucial aspect of the classic monkey’s paw theme. Lamb may boil down to a “be careful what you wish for” plot, but Ada’s inquisitiveness is there to guide the narrative along its unique twists and turns.

Jóhannsson stitches together pieces of well-worn fabric to craft his feature debut into something all its own. A contemplative piece on sorrow and healing, with eerie glimpses of horror, Lamb can be a lot to take in at first. The lack of traditional scares will definitely divide audiences, and the “elevated horror” conversation with soon follow no doubt (as it has with many A24 releases). That debate is always a dead-end street, as that title just alludes to films that are deemed smarter or less brash than others. On the surface, one can prematurely attach that label to Lamb. But foolishly undermining its mold as a dramatic fable will prevent them from seeing its true value. The kind of film that won’t be easily forgotten.

Lamb is now available to rent on VOD!

Read Next: Noomi Rapace & Lamb Director on their Perfect Partnership with A24