Home » Ben Affleck and Matt Damon on ‘The Last Duel’, Their First Screenplay Together in 24 Years
Film

Ben Affleck and Matt Damon on ‘The Last Duel’, Their First Screenplay Together in 24 Years 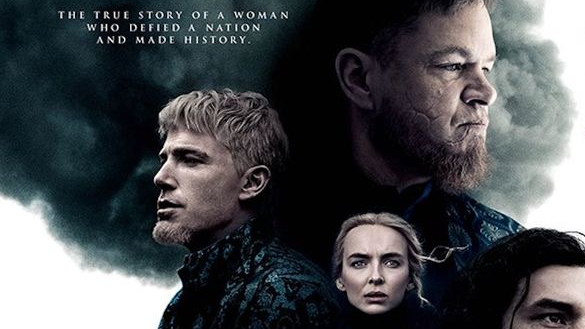 Nearly a quarter of a century ago, Ben Affleck and Matt Damon took home the Best Original Screenplay Oscar for Good Will Hunting, a film that’s legacy continues to thrive to this very day. However, this was not nearly the beginning of the pair’s journey together. Affleck and Damon have perhaps one of the most well-known and endearing friendships in Hollywood, one that began nearly forty years ago when their mothers introduced them as children. Post-Oscars glory, they went on to act in a multitude of films both as a pair and individually but did not co-write another screenplay until now with The Last Duel.

The duo makes their anticipated return to screenwriting with an adaptation of The Last Duel: A True Story of Trial by Combat in Medieval France, which they also star in. The first two acts are written by the acclaimed actors, with Can You Ever Forgive Me scribe Nicole Holofcener brought in to write the final act from the perspective of a woman, ultimately, to ensure that protagonist Marguerite (played by Jodie Comer) is fully fleshed out. This melting pot of screenwriting talent has resulted in an intricate and complex political drama directed by the one and only Sir Ridley Scott.

In the week leading up to the release of The Last Duel, the three writers attended the official virtual press conference to discuss the filmmaking process and reveal what made them inclined to tell this specific story. The first question tackled what everyone wanted to know – why Damon and Affleck took such a long time to write something together again…

Matt Damon: “I think we were just kind of afraid of writing, because we were so inefficient. It was so time-consuming the first time we did it because we didn’t know what we were doing and it took us, literally, years. We wrote thousands and thousands of pages that we scrunched into a 130-page screenplay. But I think by doing movies for 25 years, we figured out structure. So it turned out to be really efficient, the process. And also, begging, an incredible writer like Nicole (Holofcener) to come help us was a really good idea too. That definitely streamlined the process.”

Nicole Holofcener: “We wrote it before the pandemic. Matt and Ben had already started writing and had decided to write it in this three-part point of view, kind of way and they asked me to come and write the last part. I was thrilled. They did not have to beg me. I would send pages to them and we’d sit down together and work. We’d work on each other’s scenes. I basically wrote the third act, but they also had a hand in it because it had to be a part of the whole movie. And when smart writers have ideas, one should take them. So between Jodie and them, it was really collaborative. Sometimes, we wrote apart and sometimes together.”

The three-act structure mentioned is an integral part of The Last Duel‘s storytelling methods and how its themes are framed. Damon and Affleck go on to describe their reasoning behind adopting this unique approach to screenwriting and what it did for their film…

Matt Damon: “The construct was that the world of women is totally ignored and overlooked, and is invisible for the first two acts of the movie. Then it’s revealed in the third act. Ben and I were adapting a book. Nicole was really writing an original screenplay, because the men of the time took very fastidious notes about what they were all up to, but they didn’t record what the women were doing. So Nicole really had to create Marguerite’s world out of scratch.”

Ben Affleck: “And that wouldn’t work if Jodie was not so smart, brave, and complicated in her performance. Where she’s willing to, and I’m not sure every actor would have been, play another character’s point of view of their own character, rather than their sense of their true self.

And because she does that so perfectly that it’s seamless, you don’t get a sense that it’s an exaggerated version of a person. It feels like versions of women we’ve seen in movies before and we wanted to exploit the fact that historically, people are in many ways, largely accustomed to women being secondary and tertiary characters. She was willing to play that and makes the reveal so much more powerful and elegant, to see the difference between an essentially two-dimensional person, and a fully-realized, three-dimensional human being.”

As we touch on in our review of The Last Duel, while this film is set in the Medieval Era, its main message is one that will still resonate with modern audiences. To round off discussions on the screenplay, Ben Affleck shared what he believes to be their overall intent with their writing and how they mapped out what they wanted to incorporate in order to tell an intricate story.

Ben Affleck: “Part of what we wanted to point out was the extent to which corrupt, morally bankrupt, and misogynistic institutions create people who reflect those values. The idea is that this predominant culture comes from this other culture which is what produced these values and this culture, in terms of how it educates people and in terms of what it rewards socially and the behavior that is encouraged. In other words, people can be changed and created by these large institutions. And so, that required, making sure on a kind of architectural level, that all those elements were included.  Then you have to just throw it away and hope that the great actors make you identify with the people so that none of it feels pedantic.”

Our ★★★★ review: A Medieval Tale with a Modern Message