Love or hate Halloween Kills, everyone will be able to agree that this is one of, if not, the goriest entry in the entire franchise. Even veteran horror fans are saying this latest sequel surpasses the gore levels of Rob Zombie’s iterations, which are notoriously known for their extreme violence. How can this be the case? Well, when “Michael literally mows his way through the entire town of Haddonfield” it’s not too surprising to see director David Gordon Green set a new bar, even for this highly popular series.

Yet, unlike some of his predecessors, who have received pushback when it comes to depicting violence, David Gordon Green is getting more praise for it here. Halloween Kills “takes the slash in ‘slasher’ up to a thousand and it’s all the better for it” writes our Senior Film Critic Ben Rolph. It doesn’t just stop here, look anywhere online and you’ll find a multitude of fans all relishing in the chaotic nature of Green’s sequel. When taking into consideration that this follow-up is set directly after the 2018 film and deals with the immediate ramifications all in the same night – while also introducing new characters and threads to build upon – Green’s achievements are even more commendable. 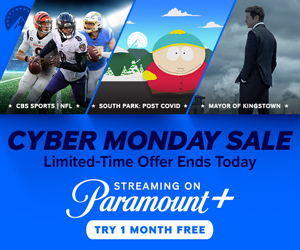 Luckily, we were able to participate in a Halloween Kills roundtable interview with David Gordon Green himself. In getting a deeper understanding of his process, we specifically asked for his thoughts on this possibly being the most violent Halloween film to date. Violence is a frequent topic that comes up in the horror community, but the bloodshed in this movie is something that you have to see to believe…

David Gordon Green: “It’s very subjective and in entering the film, in the script phase, we had no intentions of making a graphically violent movie. It was certainly ambitious and aggressive from a physical, stunt, and logistical level. But it wasn’t until we were filming these sequences and figuring out where to place the camera and seeing how effective some of the makeup and killing effects were – we were so fortunate to work with great makeup and effects artists like Chris Nelson – that when we’re in the editing room, and we’re navigating where the subtlety might live, all of a sudden the editor Tim Alverson and I just kind of threw up our hands and said, subtlety is not this film.

Perhaps it will return, but it is not in a movie called Halloween Kills. So let’s just have fun with it. Let’s give the audience something to scream at and eat popcorn too, and have a good time at the movies.”

Gordon certainly seems to understand that there’s more to a good kill than how much red is splashed on-screen. It’s for this very reason that Michael Myers himself still packs a punch with audiences today, and Green’s latest work stuns as it shows even more ways you didn’t think that Myers could slice and dice someone. Although according to this filmmaker, these thrills only work so well if they’re supported by a strong emotional backbone – a more realistic caring for those dying by Myer’s blade. A quality that has proved to carry over from the 2018 film…

David Gordon Green: “I do feel like I’m drawn as a writer and director to making sure that there is an emotional core to these characters. And as abstract and chaotic as some of the violence might get, and grotesque as it gets, oftentimes, acknowledging the reality of these characters.

There’s a moment with Karen and Alison on the staircase, grieving for Allison’s father Ray who passed away earlier that same night, and I think moments like that, where we acknowledge what the reality of the trauma is, and as Jamie so eloquently can speak to the survivors of these events making sure there’s moments that we really feel the humanity underneath the surface of this movie monster.”

To bring us home, Green clarified his vision for this unique middle chapter. Sequels starting immediately after the previous film is nothing new for this series, as is bringing back characters from the 1978 original like Tommy Doyle. But what this entry does do entirely differently is put Laurie Strode in more of a backseat, yet still crucial, role and let the town of Haddonfield rise up as a character in itself. Faces of the community, fresh and old, unite in a last-ditch attempt to hunt down the Boogeyman. In exploring this path, Halloween Kills is able to expand on the myth of Michael Myers and its reach more extensively than before. And 12 movies in, what more can fans ask for, especially when the kills are amped to the highest? Here’s the director’s own very take:

David Gordon Green: “Michael Myers is the essence of evil. There’s an expressionless, emotionless mask that he wears. It’s not a traditional horrific monster, it’s a nothing mask and kind of the beauty of it is that we can project what we’re afraid of – what is evil to us – onto Michael Myers.

So Michael is the essence of pure evil, Laurie is the essence of pure good, and then Halloween Kills as a movie explores the blurry line of what happens when the community starts to misunderstand, misrepresent, confuse what is good and what is evil. So it’s nice to have the extremes defining good and evil and then this movie is about that confusion and chaos.”

Halloween Kills debuts in theaters and on Peacock October 15!

Lin-Manuel Miranda On Crafting The Songs Of ‘Encanto’