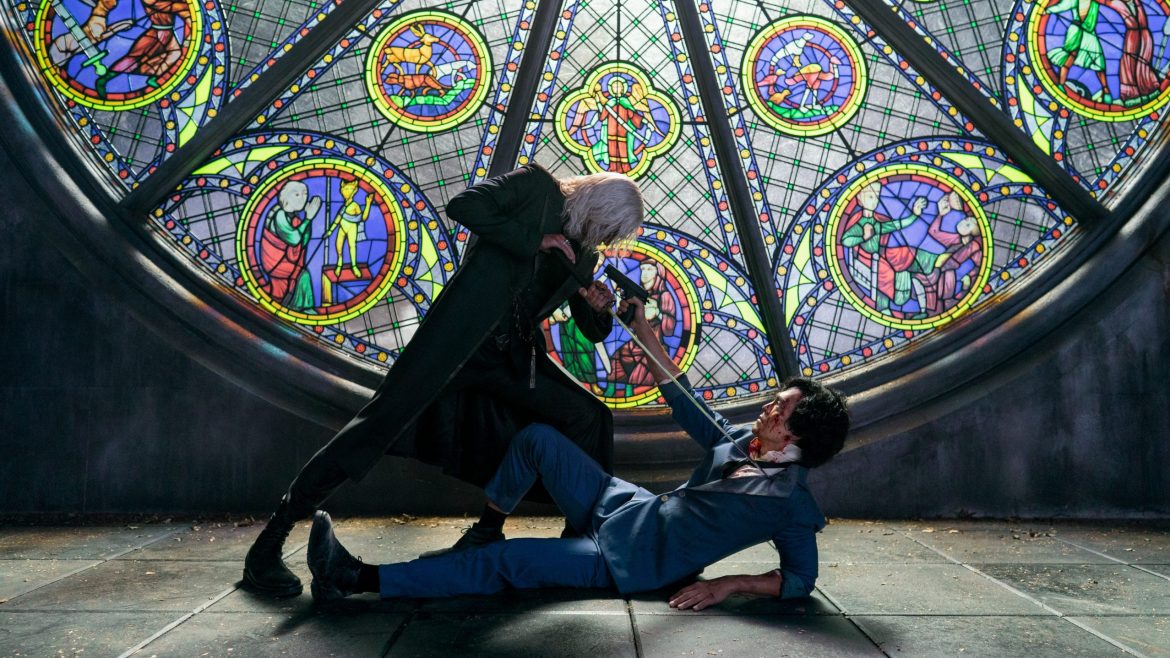 Beloved by legions of fans, the original Cowboy Bebop anime broke barriers in eastern storytelling. Set in the year 2071, viewers follow a group of bounty hunters in space dubbed “cowboys” by outlaws and law enforcement alike. Cowboy Bebop is often cited as being the show that made anime popular with international audiences, namely in the United States. Specific aspects that can be credited with inspiring this popularity include the use of Western-inspired music and various genre influences such as noir and science-fiction, none of which were really seen altogether in any anime prior. Not to mention the beautiful animation and stellar English voice cast. In every sense of the word, Cowboy Bebop is a classic of the medium with little to compare it to.

After two decades of owning this status in pop culture, Netflix revealed that they would be developing a live-action adaptation of the series in association with Tomorrow Studios. The announcement was met initially with mixed reactions and many are still just as worried heading into its streaming debut. Concerns mainly in respect to whether or not the show would just be a shot for shot translation of the original material. And these issues are not unfounded given that anime, and animation in general, are often considered lesser art forms than live-action when that’s actually far from the truth.

Adapting Cowboy Bebop from a budget perspective is not unrealistic, as it’s pretty grounded outside of the odd space jaunt. What makes the original so beloved, as previously stated, is not only the visual style but the music it uses in conjunction with its narrative. The creative team here seems to understand that. Production-wise, this adaptation has everything the original did. The set and costume design is immaculate and nearly one for one with the anime’s setting and characters. And the return of original series composer Yoko Kanno helps drive that home even further. Yet, the implementation of these aspects in the final product sadly makes it feel more like a live-action reenactment of the anime rather than an inspired adaptation.

Delving into the visual component of Netflix’s Cowboy Bebop, it’s important to note that this is not without an inspired visual approach. For a live-action Netflix show, it’s shot fairly uniquely. Having said that, despite some scenes that are genuinely focused with good camerawork, many frames are shameless attempts to fully recreate iconic moments from the original. While that’s not a bad thing in theory, in practice it more often than not either looks awkward, feels hollow, or both in comparison to the classic versions, which prove much more artistic and deep.

Now, talking about the show’s tendency to recreate, it has similar problems when it comes to the script. There is quite a bit of dialogue borrowed from the anime, and this isn’t a bad thing in itself. But a lot of the borrowed dialogue is clearly designed to replicate the vibe of the original. Again, replicating the vibe of the source material is not a bad thing in theory, and is obviously encouraged when it comes to adaptations. Still, what would feel woefully dramatic and weighted in an anime in 1998 just feels painfully cheesy in a supposed prestige, long-form television format.

To tip the scales of this review, it wouldn’t be a lie to say that the main characters are well-portrayed for the most part. Mustafa Shakir in particular, who plays Jet Black, the captain of the Bebop starship, delivers the best performance of the show. He perfectly channels the voice performance of the anime’s original English voice actor, Beau Billingslea, to the point where they sound identical, and enhances that with his own physical mannerisms, making him everything one could want out of a live-action Jet Black.

John Cho as Spike Spiegel and Daniella Pineda as Faye Valentine are not quite in the same boat as Shakir, but they both prove to be highlights nonetheless. Cho is perfectly cynical and witty. Even if the writing goes a little overboard with his immaturity sometimes, the character is generally faithfully adapted, especially when it comes to the great choreography of his martial arts fight sequences.

This is also the case with Pineda, although something to note about Faye’s dialogue is that a lot of it’s incredibly profane. It’s not totally out of character for Faye, however, it gets to the point where it feels like Netflix is just trying to take advantage of the mature rating. This doesn’t take away from Pineda’s acting ability, thankfully, for she is able to sell the character’s emotional core in more dramatic moments. Charlie and Harry, who both play the fan-favorite Welsh Corgi, Ein, are also worth praising for their acting abilities, as any good boys should be.

It seems that the main criticisms presented so far have revolved around Netflix’s apparent desire to visually recreate the original series with real actors instead of animation. And to an extent, that’s true. But some highs and more lows are also attributed to the changes made to the story that are there to remind those watching that it’s still technically an adaptation. A notable choice is the addition of Jet having a daughter named Kimmie with a distant ex-wife, which is a narrative thread that did not exist in the original material but works very well with Shakir’s portrayal of Jet.

Some other changes don’t work as well as this, the prime example being that there’s an episode fully dedicated to Spike’s past with Vicious and the Syndicate, which takes away quite a bit of the intrigue from both Spike and Vicious’ origins as they were presented in the anime. And speaking of Vicious, this version of the character is made to be far more present in the story. And though that’s not a problem, he’s portrayed and fleshed out quite differently from the Vicious fans are familiar with, who is enigmatic and intimidating, whereas here he seems kind of pathetic and gets more unstable the more he’s shown. Brutal and sloppy rather than sadistic and cunning.

Vicious’ presence as the main villain of the first season presents another problem. The original series is charming for its very loosely connected narrative, as most episodes could basically be watched as their own contained stories with their own antagonists. This adaptation makes it so generally everything happening is connected to the main plot. Or more accurately, connected by Vicious and the Syndicate. It’s understandable in a narrative sense for an hour-long show with ten episodes to handle everything, but truthfully it takes away too much from the episodic nature to be justified. And if that change couldn’t have been avoided in the series plan, then some serious reworking should have been in order.

Netflix’s take on Cowboy Bebop is not a total disaster, and is not without its charm, but it’s still far from a success. The team was so focused on recreating the visual aesthetic of the anime that the finished product feels more like an expensive mature-rated reenactment rather than a “faithful adaptation.” Though it’s well-paced in its runtime and has a handful of surprisingly good episodes, the overarching and ever-present flaws drag the rest of it down significantly. Unfortunately, this show makes a good argument for why live-action adaptations aren’t always the answer to popular pieces of media.

this is a total disaster.

About the visuals being faithful to the anime… Are you really serious? Bro, they transformed the chinese triad into the yakuza and took off most of the chinese visual elements that were in the anime and made a close connection to the whole visual of the world… ‘-‘ it’s a total piece of shit.

I’m not buying this at all. Stop trying to polish this turd.