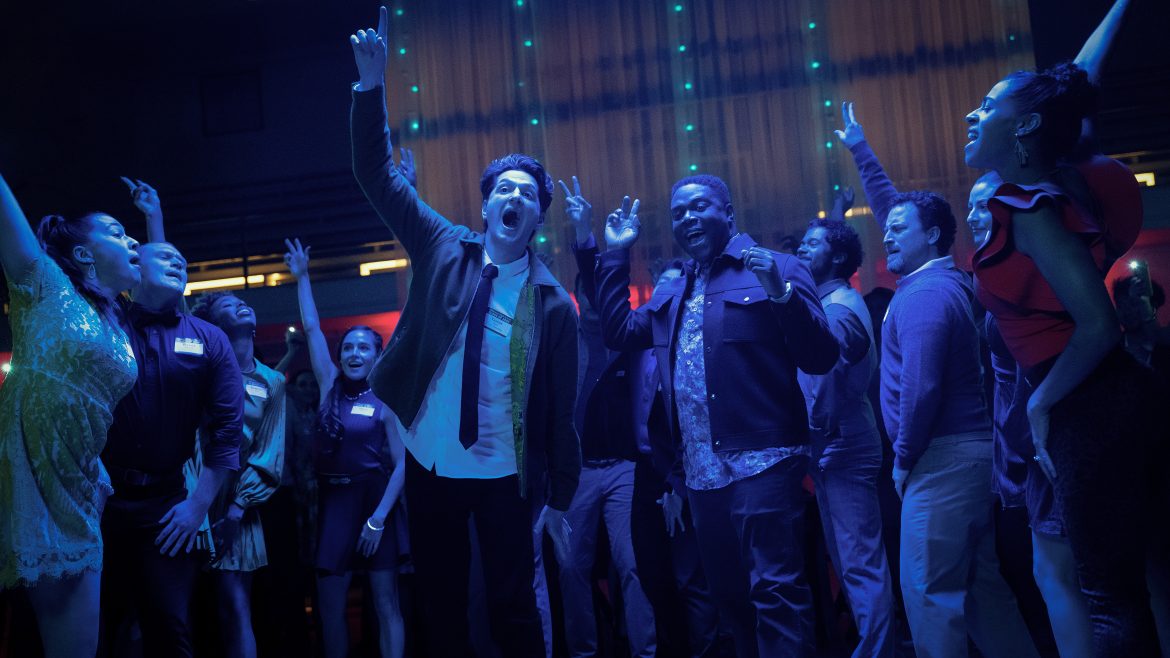 2022 may have only just gotten started, but Phil Lord and Chris Miller’s new murder-mystery-comedy The Afterparty is already set to be one of the best shows of this year. The concept is an utterly original one. Following the murder of Popstar Xavier (Dave Franco) at a school reunion afterparty, a madcap collection of characters all recount their stories of the night from their own unique perspective. With each episode comes a different perception of the night’s events and with it, a variety of different genres. Tackling rom-coms, action movies, and musicals in just the first 3 episodes, each genre is fully committed to, as is the difference in each character’s point of view. It is a truly unique way to present a murder mystery, as more and more regarding the murder unfolds with everyone’s own recalling of Xavier’s death revealing further twists and turns.

The ensemble cast of The Afterparty is one of the core qualities which allows this series to truly shine. Pulled together in large part around the star Sam Richardson’s Aniq and the completely hilarious Tiffany Haddish as Detective Danner, every cast member is given the opportunity at various points to stand in the spotlight. While the show predominantly revolves around the aforementioned duo and Ben Schwartz’s Yasper, each episode’s titular character from whose perspective we see the events of the night is the inarguable protagonist of their episode. It is one thing to say you have a great ensemble cast for your show, though another altogether to demonstrate clearly that any one of your actors can lead a full episode on their own and not only keep it running smoothly but excel when given the shot.

While both produce the show and Phil Lord lent his hand as a writer and executive producer, The Afterparty is largely the creation of Chris Miller – who directs all of the episodes provided at the time of writing. His direction in multiple genres is impeccable, each hitting the intended tone right on target. Further, the attention to detail in areas such as the costume and set design is fantastic, with each episode’s recounting of the night featuring subtle background changes to accentuate the major dialogue and shooting changes.

Each member of the cast is fantastic in their own way, though a comedic standout is Dave Franco’s Xavier, a Popstar: Never Stop Never Stopping-like parody character. With roles such as these, the line is so thin between maintaining the reality of the world and going too far into the ridiculousness of it, but Franco’s murdered Xavier perfectly rides this middle ground. Franco draws a variety of big laughs, simultaneously, also being so unlikeable that you can feasibly see any of the characters having had sound grounds to try and kill them. As such, and with any great murder mystery, every time you think you know for certain who did it, the plot throws you for a loop and you’re left with more questions than you arrived at the episode with.

To no surprise, given the talents both in front and behind the camera, The Afterparty is an absolute riot of a good time, equal parts clever and funny, with so much creativity on display. Following the success of Knives Out and Only Murders In The Building, it appears that comedy murder mysteries are here to stay, with a third outstanding entry in this interesting sub-genre. With killer writing, a brilliantly executed concept, and a cast to die for, The Afterparty is a treat.