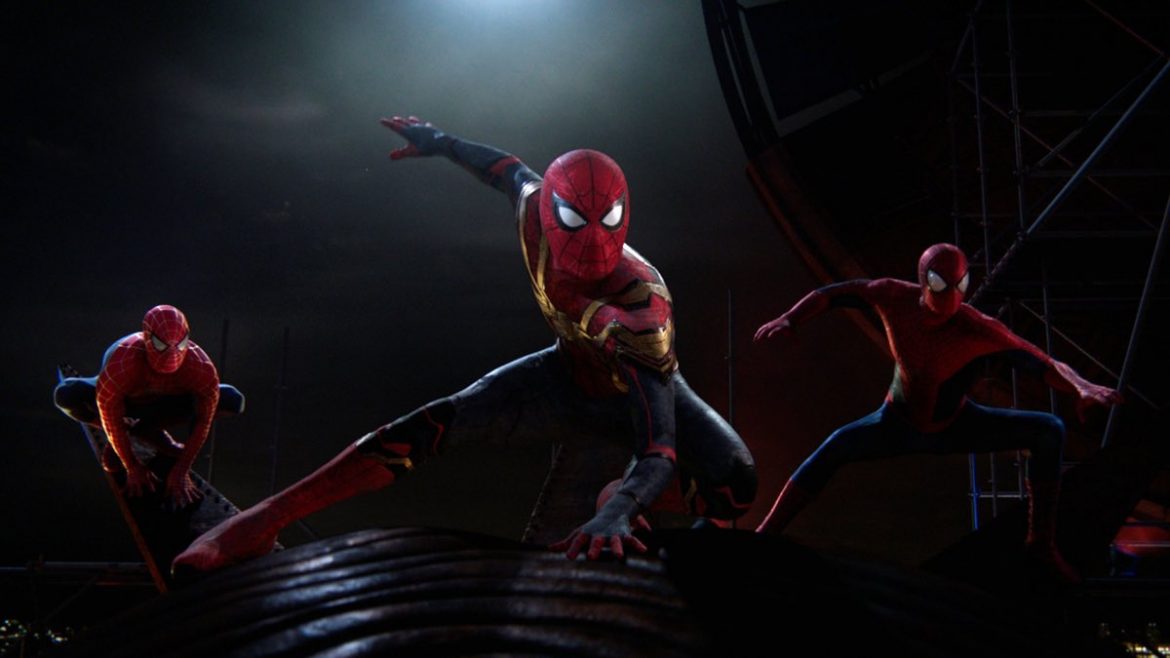 When it comes to filmmaking, there are a multitude of departments that must converge in order to bring a story to life. One of those many specialisms is costume design, an art form filled with subtleties that can often make or break a film, especially when it comes to adapting beloved designs from comic books. Costume Designer Sanja Milkovic Hays just exceeded all expectations with Spider-Man: No Way Home, a project in which she had to introduce new memorable designs while staying true to the classics, and find the room to do some mixing in between. But with a resume as extensive as hers, having practically worked on every film from the Fast Saga and more high-stake action blockbusters, the massive task of costuming a celebration of all things Spider-Man, and now the 6th highest-grossing movie of all time, was right up her alley.

Following our exclusive interview with Spider-Man: No Way Home writers Chris McKenna & Erik Sommers, we were next able to sit down with costume designer Sanja Milkovic Hays and get her perspective on contributing to what is seemingly now one of the most beloved comic book films of all time. We cover everything from designing Tom Hollands’ new Spidey suits, how much attention to detail went into recreating Tobey Maguire and Andrew Garfield’s iconic looks, and her signature trait of making costumes that work well with high-demanding stuntwork.

Tom Holland’s Spider-Man sports multiple new looks in No Way Home, such as the Black and Gold suit. How did you go about designing these new looks to make them feel unique compared to the previous ones Peter has worn?

Sanja Milkovic Hays: Well, the Black and Gold suit, is a suit that is inside-out – it’s what it looks like inside of his [Red and Black] suit. By the nature of the suit, it is different looking. With the help of the visual development department and Marvel, we worked on trying to figure out what a suit that enables him to have all this power would look like on the inside. If you look at all the details, which often because of speed and movement you don’t get to see, it kind of looks like a circuit board of a computer with golden wires.

Tom Holland doesn’t swing alone in this film, as he is joined by iconic fellow Spider-Men Tobey Maguire and Andrew Garfield. What was the process like recreating their original looks from their respective films?

Sanja Milkovic Hays: We were recreating the original suits from the previous movies so that the characters looked like they just stepped out of those worlds. The original suits that they actually wore [on-set] are either missing or destroyed. It was really interesting to recreate them because technology has changed so much since they were first designed.

The challenge was that we had to adapt and change so many things, yet make it look like they stepped out of those movies, which did take a lot of tests and paying attention to details. Luckily, both Tobey and Andrew still look great and were in shape, which saved us from some potential issues. Ultimately, those suits were a lot more complicated than they look.

Of course, they aren’t the only familair faces as audiences are reunited with some of their favorite Spidey villains. How did you go about adjusting their recognizable costumes for this new film?

Sanja Milkovic Hays: The idea behind those guys was a little bit more about updating their costumes so that they would respond to the sensibilities of the audiences that have grown up watching Marvel movies for the last 20 or so years. So for Willem Dafoe and Alfred Molina, we just upgraded their iconic costumes. However, Jamie Foxx’s Electro look has changed entirely, in a way that worked better for the story when he steps into Tom Holland’s universe.

No Way Home features some of the biggest action sequences in Marvel history, packed full of stunt work. How do you go about designing these suits so that they can be practical for both the actors and stuntmen while also not compromising their quality?

Sanja Milkovic Hays: That is a big part of the job, I’ve spent my entire career working on movies with stunts and that is something that has become my signature in a way that I am very proud of. It took a lot of collaboration with the people who were actually making the outfits and making sure we thought about the way things fit and even what shoes they would have to wear. We had many conversations with Tom to see if he thought the suits felt comfortable. A lot of changes were implemented throughout the making of the suits, but luckily, I had a very talented group of people that were on the making team.

Making sure the actors were happy with the suits was a big thing because these movies are so complicated for performers, they have so much to do, and the goal was for us to make their costumes in such a way that they don’t have to think about it or work around difficulties. Alfred Molina, for example, his original suit, he had to physically wear the tentacles and the belt which was all made out of pure metal for certain shots. Of course, nowadays, there has been a huge change in technology and he just couldn’t believe how much easier it was.

You have some history with the MCU as you were previously the costume designer on Captain Marvel as well. What has it been like to essentially lift comic book art from page to screen?

Sanja Milkovic Hays: It’s lots of fun. As always, it’s a big responsibility because you have to meet so many requirements whilst trying to be as faithful to comic books as possible and responding to what audiences today actually want to see these characters wearing.

I prepped both Spider-Man and Captain Marvel for around seven months. At the time with Brie Larson, we had so many fittings because every time you change anything, something else will need to be altered as well to make sure it not only looks great but was suitable for her to do her stunts in.

We touched on it briefly, but costume designers have so much responsibility when it comes to adaptating pre-existing outfits. What is it like trying to create suits with great attention to accuracy and detail?

Sanja Milkovic Hays: The thing is, movies are just as visual as comic books. Audiences immediately judge a character the moment they first see them, so their look has to be up to expectation and that is such a big responsibility. It does also have to be slightly different than the comic book as those were made a couple of decades ago. These outfits go through filters of translation over the years to adapt the costumes from what people have been seeing and what they expect.

I think it also feels like such a big responsibility because it’s such a huge fandom and so many people expect so much. I always tell young actors that we have to get the costumes right, otherwise, the audience doesn’t feel connected to your character the very first moment you show up.

It’s a strange combination because, on one level, the costume needs to be perfect, but on another, the less the audience thinks about the costume, the better. If they start thinking about the costume during the movie, then it usually means something is wrong and they are not able to sit back and watch.

Many fans are saying that the new suit Tom Holland wears for the final swing of No Way Home is the most comic accurate look we’ve seen in live-action. How was this design decided on?

Sanja Milkovic Hays: That costume is actually mostly visual effects because of the accuracy. The idea was to go back to his character’s roots and in doing so, the suit becomes as close to the comic book version as possible.

Finally, the reception to all of the costumes in No Way Home has been absolutely stellar. How does seeing all this praise for you and your team feel?

Sanja Milkovic Hays: I mean, it’s phenomenal. I’m very proud of my own work and the work of my big and very talented team. The way that the whole movie was received by audiences and critics, it’s just amazing. We made this movie during Covid, so for nearly a whole year all we did was work and then go home, there was no other life for any of us. It feels amazing that the love, talent, and hard work we put in has paid off and people appreciate it.