‘Winning Time’ Review – A Thrilling Retelling of the Lakers Legacy 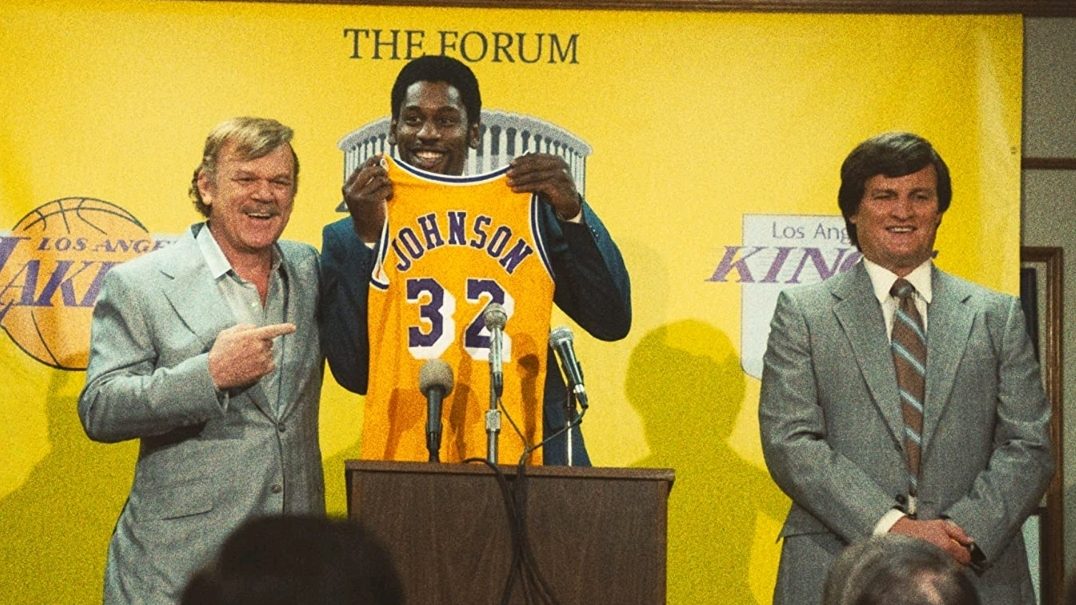 Celebrities, gorgeous women, and red carpets are what defined the Los Angeles Lakers in the 1980s, but the late Jerry Buss only had one word for it, Showtime. This has stayed true to the present with the likes of Jay-Z, Michael B. Jordan, Kim Kardashian, and many more setting up camp courtside. Even basketball superstar LeBron James started rocking the purple and gold late in his career. This cultural significance may be the standard now, however, there was once a time when everyone saw this level of fame as an impossibility, besides Buss that is. Winning Time: The Rise of the Lakers Dynasty takes audiences back to 1979 as Jerry Buss buys the Lakers organization and the Forum arena to kickstart a newfound fantasy of making basketball feel like a concert with the first item on the agenda being college basketball star Earvin “Magic” Johnson.

The Lakers are a worldwide known organization; they were 7th in Forbes 2021 list of most valuable sports teams, so a 10 episode drama series being made about them isn’t too surprising until the name Adam McKay gets mentioned. The Oscar winner, who is currently in contention for Best Picture and Best Original Screenplay for Don’t Look Up, brings a whole new level of quality to expect from Winning Time as he is an executive producer and the pilot’s director. McKay worked together with showrunner Max Borenstein, best known for running Warner Bros.’ Monsterverse, to form a near-perfect ensemble cast that accurately mirrors the icons they portray, giving fans of the sport a sense of justice.

Winning Time nails the authentic 80s look while offering McKay’s recognizable comedic flavor, though where this series really shines is within beautiful, raw moments of perseverance. The Lakers’ road to glory wasn’t smooth, as the team faced obstacle after obstacle in trying to keep their dreams from totally fracturing. The performances in these moments will keep viewers on the edge of their seats, even the hardcore fans who have previous knowledge of the outcomes. It’s this same fandom that will be the hardest to please but will surely be won over by the basketball as the actors make the games on camera feel visceral enough.

One thing audiences expect from any great show are the opening credits, and Winning Time delivers with a montage of everything that defined the 1980s (including San Antonio Spur George Gervin with his famous basketball move the finger roll). From these opening credits to the end of every episode, the series does a phenomenal job at replicating the vibe of the era. The crafty use of film grain does the heavy lifting, yet the editing won’t go unnoticed with a vintage film burn overlay that makes the footage look like it came straight out of a parent’s basement.

John C. Reilly brings the hedonistic part of Jerry Buss to life, to the point where both characters and those watching at home won’t know whether his button is on or off. Originally meant for Michael Shannon and then possibly Will Ferrell, McKay made the undeniable right choice with Reilly even if it was made 1 week before filming began. The choice to cast Reilly over Ferrell caused a fallout between McKay and the famed comedian, with McKay admitting that he “fucked up” on not communicating the final decision better with Ferrell. Through all this drama, one can at least clearly see what McKay saw in Reilly from the very beginning with his inspired performance.

To much surprise, it will still most likely be Adrien Brody as Pat Riley that will capture the hearts of many as his rise from homebody retired player to coaching the Lakers on their road to the finals is chronicled. He specifically shines the most during a scene with Jason Segel’s Paul Westhead, which is more tear-jerking than it has any right to be. Acting veterans and newcomers alike, there is practically no soft spot in this ensemble. Everyone makes the most of their precious screen time, ensuring that this is just the beginning of many bright careers for the show’s fresh faces. Hadley Robinson as Jeanie Buss (who is the daughter of Jerry and took ownership of the Lakers after his passing in 2013) is the only pivotal player who is perhaps a bit underused. In establishing the dull reality that her father is trying to escape, the series could have definitely benefited from more of her impact.

Though Quincy Isaiah had one IMDb entry to his name, a 2018 short film titled Corporate Coffee, that didn’t stop him from nailing the role of Magic Johnson to as perfect as anyone can be that isn’t Magic himself. The swagger, the smile, and the ability to show real struggle through those pearly whites are what makes Isaiah the soul of Winning Time. Solomon Hughes as Kareem Abdul-Jabbar, who had even less on his resume than Isaiah, proves to be an entertaining contrast that helps bring the smiling Magic down to earth. They’ll definitely be performers people want to see more of walking out of Winning Time.

Whereas the series is more about the business side of the Lakers, there is obviously a fair amount of basketball shown. Sports fans would agree that most film and TV productions tend to make the sports played on-screen seem very unauthentic. With Winning Time, it was a pre-requisite to know how to play basketball and that energy can be felt. The series still boasts its distinct visual flair during these high-energy scenes, and it only adds to the lore of the basketball players. The authenticity of the actors and staging are incredible, and combined with the editing it feels like audiences are watching the closest thing possible to real archival footage of the games. The most noticeable missing aspects in this worldbuilding are other basketball stars from the time outside of the main cast, it would have been nice to put a face on the Lakers’ all-time rivals and opponents.

Winning Time is everything the trailers sold and more, the way it teleports viewers back to a bygone Lakers era is a sight to see, especially for those fans who have only heard the legends passed down over generations. HBO has another gold hit on their hands as those who see McKay’s pilot will not hesitate to follow this show weekly because of its uniqueness. Season two of Winning Time hasn’t been green-lit just yet, but HBO has expressed great interest in exploring the subsequent Laker eras, with the Kobe and Shaq years being in talks, of course. If this does indeed happen, then Winning Time will continue to strive as a must-watch spectacle that will have the world talking.

And who knows? McKay has publicly stated that he’s trying to make amends with his former creative partner and best friend, so there’s still a chance for Will Ferrell to walk on the court somehow!

Winning Time: The Rise of the Lakers Dynasty debuts on HBO Max March 6