Home » ‘Halo’ Review – A Mythic Tale of Self Discovery
TV

‘Halo’ Review – A Mythic Tale of Self Discovery 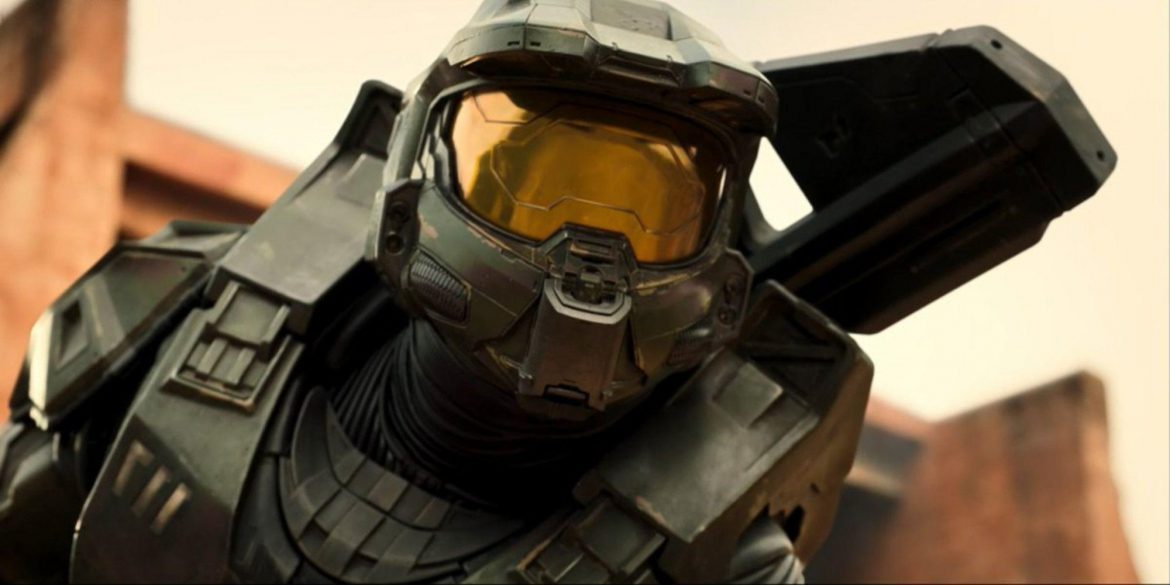 For the first time in years, there is a light at the end of the tunnel for a Halo series after a long road of trivial development that landed the project on Paramount+. From rotating producers to new showrunners, there has been a lot of external complications, to say the least. However, when it comes to the final product on Paramount+, a promising future is laid out. Halo adapts a 21-year story spanning multiple mediums into a 9-episode season, with more to come. It showcases a journey of self-discovery within a world of politics and ethics. It’s also a celebration of the many entries in the Halo franchise with subtle twists to provide a thrilling retelling.

The story of Halo and its impact on pop culture begins in 2001 with the debut of Halo: Combat Evolved, a launch game for Microsoft’s first video game console the Xbox. Since then, 13 other video games were developed to continue the adventures of the game’s main protagonist Master Chief, a towering super-soldier known as a “Spartan” who was raised and trained from childhood for the battlefield. Eventually, novels and animated films contributed to Microsoft’s established canon, leading to a vast collection of lore for audiences to immerse themselves in. At any pop culture convention, there is bound to be someone cosplaying as Master Chief, a Spartan, or Cortana – an artificial intelligence that often serves as an advisor and assistant to Master Chief – in some expensive costume that they built themselves from scratch.

Halo being a well-known franchise, unfortunately, did not make it any easier for a television series to find a home to air on. Initially, Halo had a planned release on Showtime in 2015 with Steven Spielberg being attached as a producer since 2013. Showtime gave it a 10-episode order in 2018 with TV writer Kyle Killen set as the showrunner. At the same time, Rupert Wyatt (Rise of the Planet of the Apes) became attached as a director until 2019 when scheduling issues decided his exit. That’s when fellow writer Steven Kane was added as co-showrunner alongside Killen and in 2021, the show was moved from Showtime to Paramount+ with Showtime president Gary Levine claiming the project did not fit within the company’s brand. Now in the present, Halo has been greenlit for a second season with Kane leaving and Fear the Walking Dead‘s David Wiener onboard as the new showrunner and producer.

With Halo being stuck in development hell since the early 2010s, it’s a shocker that the first two episodes have as many pure entertaining moments as they do. The series follows an epic conflict in the 26th-century between humanity and the Covenant, an alien race that threatens human existence. Those familiar with the games should know ahead of time that 343 developer Kiki Wolfkill confirmed the show is not canon to the expansive lore built since 2001, and instead will be a standalone story inspired by the Halo lore. And as seen in the final product, Halo does feature many elements that were beautifully told in the games and other mediums while introducing something new that is sure to have an impact on audiences from the first episode.

For a show of this stature, there was a hesitancy to how far it could go – everything relied on the casting of the stoic hero and leader Master Chief considering Steve Downes, the iconic voice actor from the video games, was not returning to the role. By the end of the first episode, there is no doubt that Pablo Schreiber (American Gods) has put his own imprint on Master Chief. He displays a sense of vulnerability that fans of the games only saw when present around Cortana. Viewers will quickly empathize with Master Chief as he is discovering himself after years of being told one thing by leadership but seeing something different in the field.

One of the more interesting threads Halo has to offer is the relationship between Master Chief and Kwan Ah, an original character made specifically for the series who is a teenage survivor from the planet Madrigal. The breakthrough role of Australian-Korean newcomer Yerin Ha, Kwan Ah brings a fresh perspective to the Halo franchise. Pablo Schreiber’s comedic timing as Master Chief with his dry humor works well in contrast to Ha’s sarcasm and as the trailer hints, Master Chief does remove his helmet which gives the character some much-needed, new depth for a show.

Immediately, Kwan Ah is shown to be central to the plot as she provides the human element that is rarely seen in the video games. This perspective is mostly known through the novels as they provide details about the insurrectionists and the many galactic political campaigns of the UNSC (United Nations Space Command). The duality between Master Chief and Kwan Ah, one being a trained soldier and the other a bruised human who’s grown up on the other side of war, provides a stepping stone for the series to have discussions about subject matters relevant in the modern world – something that is, once again, not always seen in the games.

While Halo does establish its more serious themes, there is a more fantastical and fun side present that will give a smile to those familiar with the games. There are many shots of Master Chief’s POV that includes a HUD with the types of grenade he is carrying and how much ammo his gun has left. There is an instance when Master Chief sustains damage during a battle against the Covenant that includes the iconic sound of a spartan armor recovering its health. Even the weapons are one for one from the games which is sure to create some excitement for when fans see their favorite Spartan gear in live-action. The Covenant looks fantastic and accurate to the designs in the games as well.

Halo stays true to many of the things that made the franchise as popular as it is today, not sacrificing any of the extra breathing room that is needed for a TV narrative to properly function in the process. It’ll be the more adventurous and fantastical aspects of Halo that will keep audiences coming back weekly, as its political and heavier themes are slow to build at the start. The show is still finding its footing, especially with the mystery behind the foreign object shown in the trailer that Master Chief activates and what the Covenant is really after. With season 2 already on the way, there is plenty of time for this to flesh out into a superior series to compete against other streamers. The chances of seeing fan-favorite characters such as the Forerunners, the Gravemind, and the Arbiters are very much on the table.

A bold fantasy epic is about to unfold in Halo.