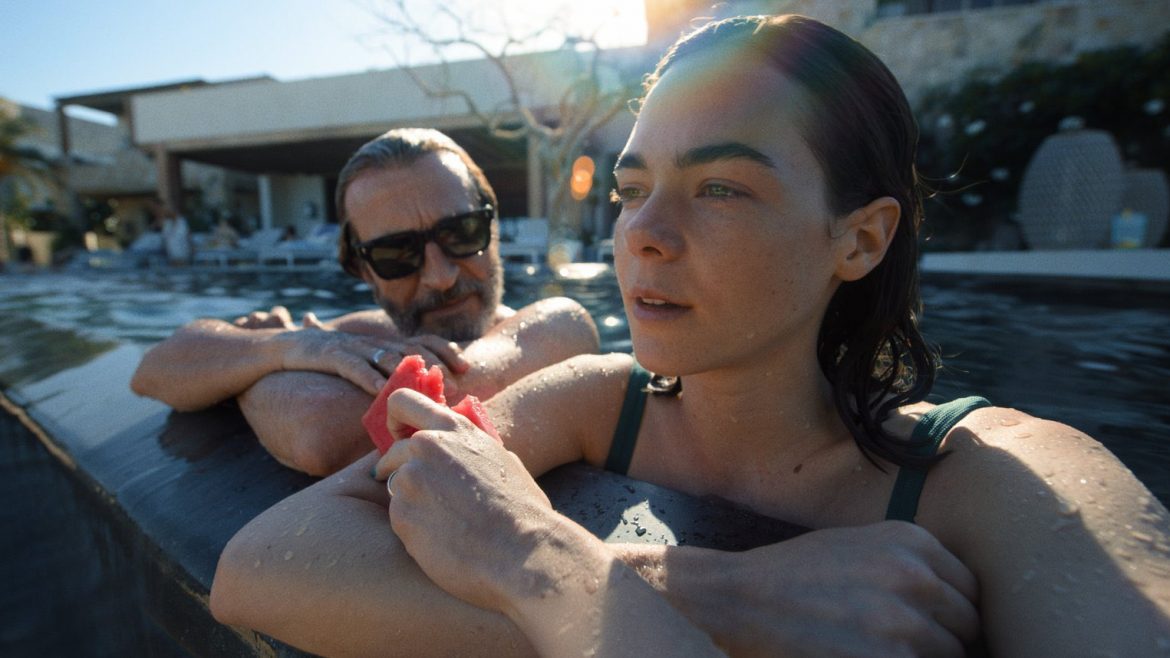 “Bardo” is defined as the astral state of the soul after death but before rebirth. This serves as the all-important title and core thematic concept at the center of Alejandro González Iñárritu’s latest surrealist flick, Bardo, False Chronicle of a Handful of Truths. In what is purposefully framed as Iñárritu’s self-realization of his livelihood, the film’s cyclical narrative goes back and forth between a mixture of memories and dreams from fictional journalist Silverio Gama and a journey through a mysteriously vacant, astral plane. This is only Iñárritu’s second film set and shot in his homeland of Mexico since Amores Perros was released over two decades ago.

Silverio and the Gama family power the emotional core of Bardo at all times. As a Mexican journalist living in the states, Silverio struggles with a repressed internal conflict of longing and cultural abandonment. This is one of the most exceptional elements of the story, especially coming from a viewer who has immigrant parents. As time has progressed, a new kind of cultural survivor’s guilt has emerged, one which plagues immigrants who move away from their home countries and are luckily able to find success somewhere else. It is never quite that simple, however, as family and traditional values consequently end up forgotten and lost to time.

This unrelenting inner desire to reconnect, or lack thereof, is what tears Silverio from his family who have all grown tired of Western society. By creating an emotional safety net in the states for himself and refusing to leave, Silverio has significantly affected his children’s relationship with their heritage. In a tender scene, one of the most emotional of the entire movie, Silverio and his daughter Camila share a conversation in which they begin to see eye to eye about his pent-up guilt of separating them from their roots in Mexico. This is unfortunately a common side effect of being a third culture child and is expressed in Bardo through Iñárritu’s unique lens in such a vulnerable and authentic manner.

Alejandro González Iñárritu is a virtuoso when it comes to balancing a cohesive linear narrative with abstract segments. Bardo shares stylistic similarities to his 2014 film Birdman, yet feels infinitely more personal. After all, he is no stranger to telling stories about the human condition. This is clearly a passion project for the five-time Academy Award winner, playing out as an ode to his life; past, present, and future. Most impressively of all, Bardo fuses prominent Mexican history with modern settings and well-choreographed action seamlessly. Iñárritu is shooting for the stars in such an intimate way, though this may be received differently by others.

In many ways, filmmaking today has begun to favor more generous run times. Wrapping up at a hefty 174 minutes, Bardo is no exception to this ongoing trend. In very rare circumstances does a film ever need a run time just shy of 3 hours and this particular piece would have benefited from leaving a half hour on the cutting room floor, at the bare minimum. The story bursts out the gates at full force, creating a snappy and intoxicating pace that grips you in attempting to differentiate fiction from reality. Although, Bardo begins to lose some of its rhythm towards the middle. You can only give so much patience in stretched-out cyclical storytelling that it often borders tedious.

On the other hand, the final hour of Bardo is masterful postmodern cinema packed with pertinent metaphors, motifs, and social commentary. Likewise, the moment that first introduces our protagonist and his wife is one of the more psychologically disturbing interactions in recent memory. While it sets up a recurring metaphor that is important to the Gama family’s story, it most definitely will have some feeling squeamish. On many occasions, Bardo pushes the boundaries of visual storytelling with profound images designed to strike you where it counts and stay long-lasting in your mind. However, this forceful approach is admittedly for an acquired taste.

Bardo is bound to be labeled as “too self-indulgent” by those not willing to give it enough patience. Yet, self-indulgent does not always have to be such a derogatory term. This is a tale that oozes Iñárritu’s personality and vigor, and it is totally stronger for it. Despite being moderately abstract much of the time, Bardo embraces overarching themes that many will be able to connect to as the narrative deliberately reflects the world around us in stunningly creative ways. Moreover, the film’s ties to Mexico and this specific point of view are what make it like no other. The sheer magnitude of Bardo is truly something to behold.

Bardo, False Chronicle of a Handful of Truths is without a doubt going to be an extremely divisive film and one that some will find perhaps too perplexing. Its biggest downfall is its struggle to stay concise while fixating on prolonging a narrative that would have been equally if not even more profound if not stuffed to the absolute brim. It’s hard to blame people for finding a three-hour run time to be too big of a commitment, but if you are looking for a story that will make you reflect on the intricacies of simply being alive, Alejandro González Iñárritu’s Bardo may just find its stride with you.

Bardo, False Chronicle of a Handful of Truths premiered at the 2022 Venice Film Festival. The film releases on Netflix December 16!