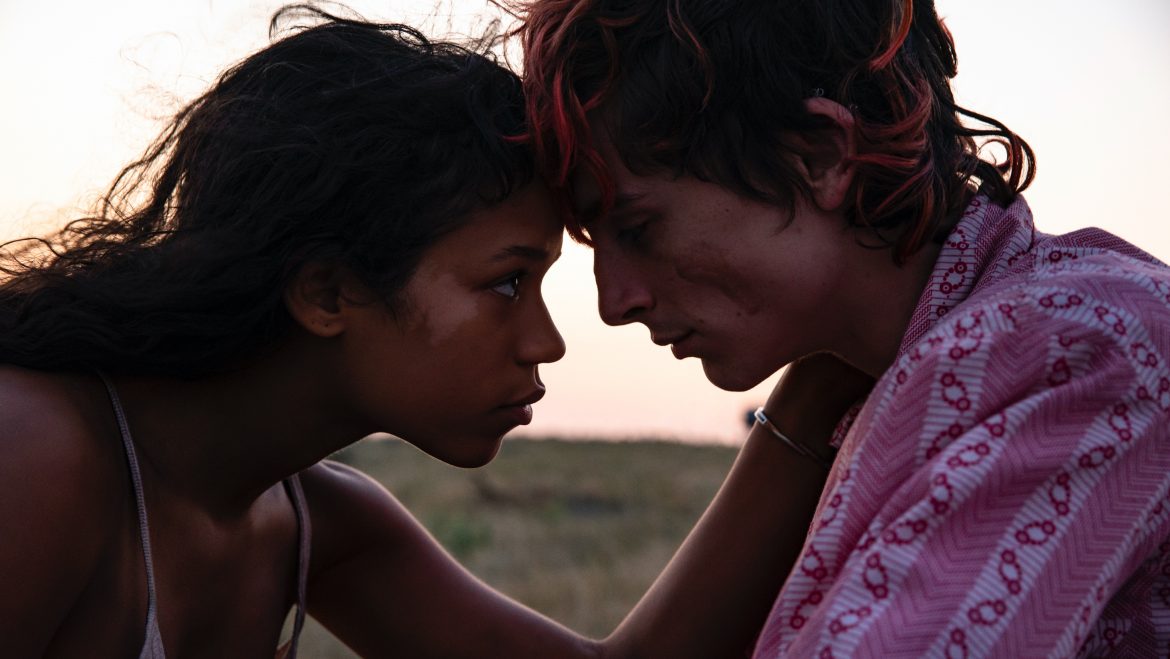 “I want you to love me and eat me, bones and all.”

Today’s film landscape is by no means lacking in coming-of-age stories, yet there are few which overcome the absence of inspiration and essence in order to break the conventional mold. Fortunately, Luca Guadagnino is no stranger to tracking down memorable tales of youth and lust. Following the remarkable success of Call Me By Your Name, which can be credited for jump-starting Timothée Chalamet’s career, and the HBO miniseries We Are Who We Are, Luca Guadagnino is considered to be a trailblazer of the genre. His latest feature, Bones and All, is adapted from Camille DeAngelis’ 2015 young adult novel of the same name.

We meet 18-year-old Maren (Taylor Russell) in the 1980s Reagan era and she’s got some grueling urges. After frantically moving from state to state, Maren finds herself abandoned by her father and all alone – an outcast of society. She quickly discovers, however, that there are many more of her kind known as “eaters.” She soon meets Lee (Timothée Chalamet), another young cannibal, and they quickly fall for each other, bonding over trauma and indulging in their first unwavering partnership. As you would expect from a cannibal story, many scenes depict gory and graphic imagery. Yet, Bones and All is never overindulgent in the ways many horror films tend to give in to. Luca Guadagnino visually balances the chilling nature of their behavior with stellar sound design, leaving us the viewers to squirm simply with the sheer power of our own imaginations.

What appears to be an innocent and conventional story of a girl in a new town attempting to make friends quickly takes a drastic turn. We are thrown into this dark and twisted narrative conflict without warning or an ounce of hesitation, a refreshing change amongst a sea of projects that do too much telling instead of showing while abusing exposition. Bones and All revels in its period setting, allowing the ’80s era to lend itself not only to the creative aesthetic but the plausibility of what essentially turns into a cannibal road trip. This atmosphere and tone could not possibly be better suited to Luca Guadagnino’s tastes and commendable ability to make his characters profoundly human.

Both Maren and Lee are fleshed out, in every sense of the word, and evoke empathy even within the deepest of their flaws. It is quite rare to witness a film that is so complex in terms of its ideology and moral ambiguity, yet pleasingly cohesive in its storytelling methods within this new generation of coming-of-age tales. Instead of calling it a breath of fresh air, it rather feels more like a sigh of relief, and a welcome one at that. Every glimpse of Bones and All is stunning, boasting a banquet of pastel-colored frames on behalf of cinematographer Arseni Khachaturan, only further heightened by Trent Reznor and Atticus Ross’ sublimely emotive score.

Taylor Russell is a revelation, she holds the floor every second of the way. Her eyes alone possess a mystical ability to convey every ounce of emotion within Maren. Timothée Chalamet is known as one of the top young actors working today, and he has delivered another stellar, idiosyncratic performance in Bones and All. From the minute he appears on screen, Chalamet’s presence is purely infatuating, bringing a heightened element of charisma to what is an already brilliant film. At times, it’s hard not to find yourself desperately trying to wipe a goofy little smile off your face in his presence, memorably during his impromptu performance of ‘Lick It Up’ by KISS. Together, Taylor Russell and Timothée Chalamet are electric from start to finish. Their chemistry is restrained but passionately sincere, building at a faultless pace.

Mark Rylance takes on the role of Sully, an eater who initially acts as a mentor to Maren, with a performance that is so confident and unsettling. He commits to embodying the mental torture of loneliness that chips away at his own sanity, making every second of his screen time memorable in all terrifying ways. This story demands all of its cannibalistic characters to dive deep into the duality of humankind and our savage connections to animal instinct. The cast gives it their all in this regard, delivering physical and mental tension in spades. Luca Guadagnino triumphs in further propelling this intensity with the frame, from what is sure to be your first audible gasp early on to the final minutes where everything on-screen reaches a gut-wrenching crescendo (in more than one way). Every minute of Bones and All feels earned, flowing effortlessly and leaving you gripping your seat in anticipation of what could possibly happen next.

Bones and All stands as one of the strongest and most self-assured bellwethers of the current movie season. While the young cannibals battle their blood thirst, you as a viewer will battle your conscience and question the morality of it all. Despite their frighteningly complex nature, Lee and Maren are written in such a keen way that it is irresistible to give into empathy and feel their shared tenderness. Every element of horror and romance is skilfully executed hand in hand, resulting in a heartbreaking story of early love, isolation, and gruesome betrayal. On all counts, Bones and All is an exceptional victory of cinema and is destined to become an instant coming-of-age classic.

Bones and All premiered at the 2022 Venice Film Festival. The film releases in theaters November 23!