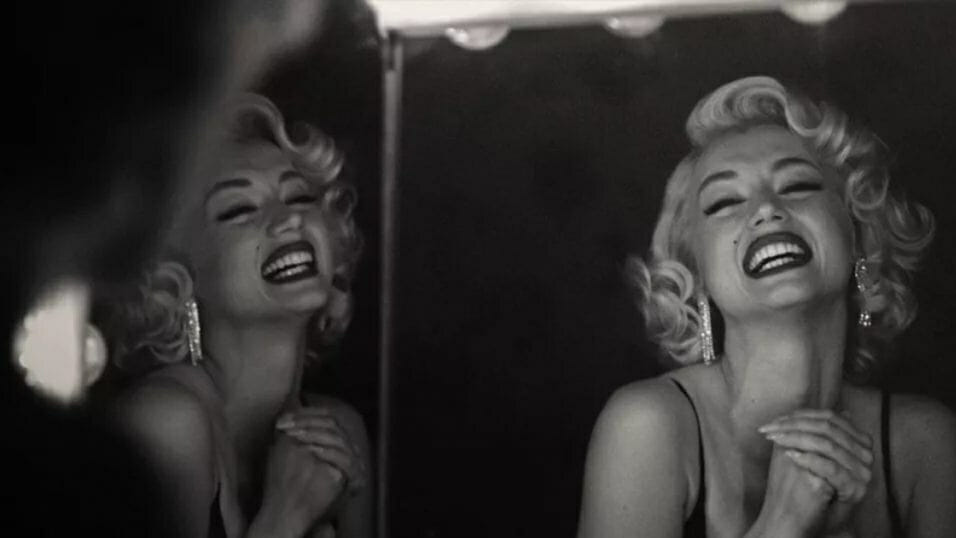 In her thirty-six morosely short years of life, Marilyn Monroe established herself as an outright global icon. Her work as an actress during the Golden Age of Cinema, culminating in a portfolio of 29 films, is cemented in history and still holds a relevant place in pop culture today. Her name in and of itself evokes the very idea of Hollywood glitz and glamour, making it very easy to forget the years of hardship she lived through. Born Norma Jeane Mortenson, the model turned actress suffered through a rocky childhood and spent the majority of her time between foster homes and orphanages when her mother was diagnosed with schizophrenia and committed to a psychiatric ward. In the very initial phases of her acting career, she changed her name to Marilyn Monroe (adopting her grandmother’s maiden name) and moved away from being a brunette by dying her hair to what we now know as her trademark shade of platinum blonde.

Taking its name from her signature look, Blonde is adapted from Joyce Carol Oates’ 2000 novel of the same name. The best-seller is notably a fictionalized retelling of Monroe’s life in its entirety from infancy to death, drawing from the limited information on her personal experiences that is publicly known. Director-writer Andrew Dominik, best known for The Assassination of Jesse James and Killing Them Softly, draws heavily from many of Oates’ storytelling techniques, one most interesting being the framing of Norma Jeane and Marilyn Monroe as separate entities. To Norma Jeane, Monroe is her confidant and entertainer alter ego, who at times does not cooperate as expected and even requires to be summoned.

Andrew Dominik does a commendable job of adapting the topical source material. Unlike standard biopic fare, Blonde tends to dwell on tragedy rather than attempt to balance out the sorrow, which unconventionally works in its favor. Make no mistake, the goal of this story is to render the unseen aspects of Marilyn Monroe’s life and how they ultimately led to a downward spiral both physically and mentally – Blonde doesn’t shove this trauma in the viewer’s face nor does it let them get off the hook so easily. Dominik puts a strong and more importantly, nuanced, focus on her struggles with Borderline Personality Disorder and how it made her extremely vulnerable as a rising woman in the industry.

Where many biopics have become generalized, surface-level projects that essentially all go down the same checklist, Blonde takes on a completely unique and arguably camp approach to this genre. The film kicks off in a more naturalistic manner before taking on the more abstract, all the while maintaining a linear narrative that successfully conveys the sheer drama of Monroe’s life, in and out of the spotlight. On many occasions, Blonde is exceptionally experimental with its visual approach. Alongside BlacKkKlansman cinematographer Chayse Irvin, Dominik is able to take the audience on a grandiose visual journey that boasts various shifts in aspect ratio and color; it’s wildly extravagant yet always thorough with clear intent and purpose.

As the film progresses, its visual techniques become more elaborate. Andrew Dominik begins to use mirrors and distortional filters as optical vehicles to drive the story forward, and he pulls this off to a chilling effect. Camera operation is something that often becomes rather rigid in high-scale projects like these – just look at how indistinguishable modern biopics usually are from one another – and although certain choices, like the use of chest harness stabilizers to create reverse character perspectives, look out of place at times in Blonde, it is admirable to see a filmmaker take imaginative risks with the camera in more than a surprising few ways.

The opening half-hour is led by Julianne Nicholson who plays Monroe’s mother, Gladys, accompanied by new child actor Lily Fisher who acts as Norma Jean in her childhood years. Fisher delivers a heartbreaking performance as she endures the turmoil which Nicholson is able to seamlessly inflict on her throughout her mental decline. From here the focus shifts to Ana de Armas who embodies Marilyn Monroe with tremendous devotion and an uncanny likeness. Her mannerisms, soft-spoken demeanor, and clear empathy embody the Hollywood idol in a way that almost no one has been able to pull off in the past.

Ana de Armas totally disappears into the starlet’s persona, with her slight natural accent being the only factor sticking out. Nonetheless, for a performer still arguably in the early days of her career, she exhibits phenomenal strength and leveled control even with all the weight that comes with portraying such a pivotal pop culture icon in her most exposed state. Adrien Brody is another clear stand-out from the film, impressively transforming into renowned playwright Arthur Miller, Monroe’s third and final husband.

Marilyn Monroe is an emblem of twentieth-century America and yet, considering her sizeable fame, people frankly have no bearing of her life beyond a handful of glimpses. In his director’s statement for the Venice Film Festival, Andrew Dominik asks “How does an unwanted child deal with becoming the most wanted woman in the world? Does it require her to split herself in half?” Blonde explores this kind of duality with fidelity. The biopic possesses the rare ability to make one feel personally connected to its subject, Marilyn Monroe, and is executed with such assured direction and distinctive flair, all bound together by unwavering faithfulness from Ana de Armas.

Blonde premiered at the 2022 Venice Film Festival. The film releases on Netflix September 23!