Home » Sigourney Weaver Went to High Schools to Prepare for her ‘Avatar: The Way of Water’ Role
Film

Sigourney Weaver Went to High Schools to Prepare for her ‘Avatar: The Way of Water’ Role 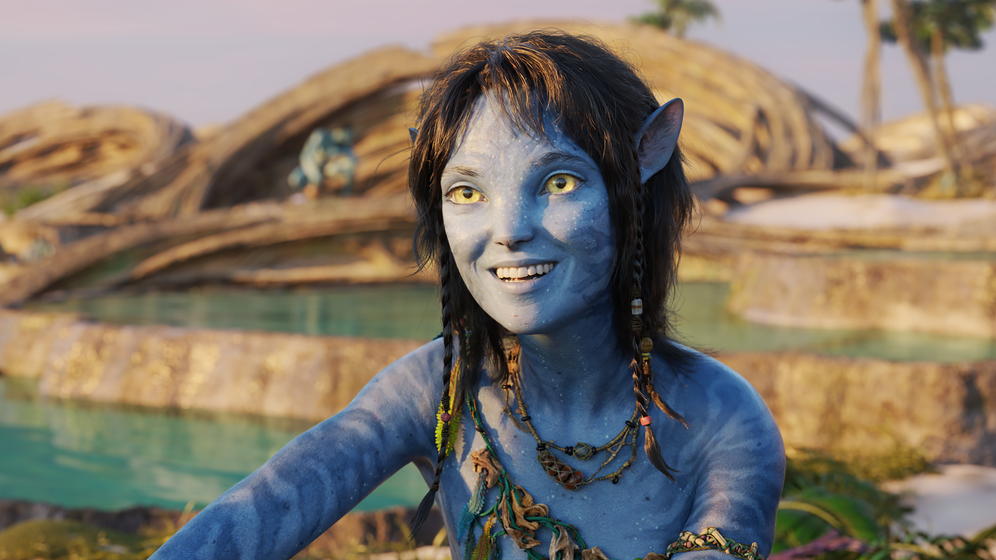 Two of the most exciting aspects of Avatar: The Way of Water are Sigourney Weaver and Stephen Lang returning to the franchise despite both having been killed off in the first Avatar movie, one being the devasting loss of a mentor and the other a righteous villain’s death. When James Cameron first announced their return in the highly-anticipated sequel, casual and dedicated fans alike were a bit confused and even turned off by the idea. But, as the saying goes, never bet against Jim Cameron. As we said in our Avatar: The Way of Water review, both “Sigourney Weaver and Stephen Lang deserve special recognition” as they arguably carry the most fascinating roles in the sequel.

In the case of Kiri, the role required a unique plan of action. Sigourney Weaver’s name first rose to stardom after leading Ridley Scott’s Alien in 1979, and would grow bigger in the following years with Ghostbusters and working with writer/director James Cameron for the first time on Aliens. Weaver is regarded as one of the most notable female stars in science-fiction cinema, so it only fits that her role in Avatar: The Way of Water breaks new ground as the 73-year-old actress is now portraying a 14-year-old alien/human hybrid via motion capture, with no alterations being used in post-production to make her sound younger. AI-generated voice technology to preserve or make characters sound younger most recently broke headlines with its use for Darth Vader in Obi-Wan Kenobi. But in Avatar: The Way of Water, it’s all Weaver’s own genuine performance.

The Secrets of Kiri

The exact details of how Kiri comes into the expansive world of Pandora and how she’s related to Sigourney Weaver’s Dr. Grace Augustine, who was last seen becoming one with the god Eywa as she gave her last breathe at the Tree of Souls, are best left to be discovered when you watch Avatar: The Way of Water, as James Cameron is only just getting started with paving this character’s journey in the franchise. However, we do know how Weaver prepared for the role of a teenager this far into her career. During the official global press conference for Avatar: The Way of Water, the acting veteran revealed that she’s actually known about Kiri’s part in the series for over a decade and that she even went as far as to study teenagers in person during high school classes.

According to Sigourney Weaver herself, the idea of Kiri first came about the year after the original Avatar was released. “When we first talked about [Kiri], it was 2010, and we just had this idea of a girl who was more comfortable in the forest with the creatures and the flora and the fauna,” the actress says. Weaver went on to praise James Cameron for wanting to stick to such a bold idea for all these years that could have otherwise had an uncanny effect on many audiences. “All the power to Jim, he wanted to create a complex character, there are wonderful things about her but she also has some deficits,” she proclaims. These deficits, in particular, are the seeds that Avatar: The Way of Water plants for Kiri, and are just a taste of what’s to come in the next Avatar sequel.

Back to School (Literally)

Moving into the topic of Kiri’s age and the acting challenge of portraying a 14-year-old in Avatar: The Way of Water, Sigourney Weaver states, “I loved that I had the opportunity to play someone I consider a real adolescent in most ways, and then she has these other bright spots that she’s learning about.” In describing all of her excitement and trepidation, Weaver says that knowing about the role for so long gave her an advantage that maybe her fellow cast members didn’t have. “Luckily, there was a long time to prepare, and I went to high school classes and a few other things, so I could hear the pitch of their voices,” Weaver explains. It made sense to spend precious time with real teenagers if she was to knock playing a relatable teenage Na’vi out of the park.

However, there was more to Weaver’s preparation than just perfecting a voice. As she describes it herself, “There’s a big range of who an adolescent is between twelve and fifteen. And once I saw that, I was like, ‘Okay, I can let Kiri come out.’ Whoever that is, combined with who I was at fourteen.” More than perhaps any of the other actors in Avatar: The Way of Water, Sigourney Weaver was given the most unlikely task. In the final result seen on-screen, the Hollywood veteran brings out her true inner child and sells the impossible to an audience. This is just one testament to why the Avatar franchise has managed to endure the way it has for far longer than anyone would have expected, it opens our minds to the unthinkable.