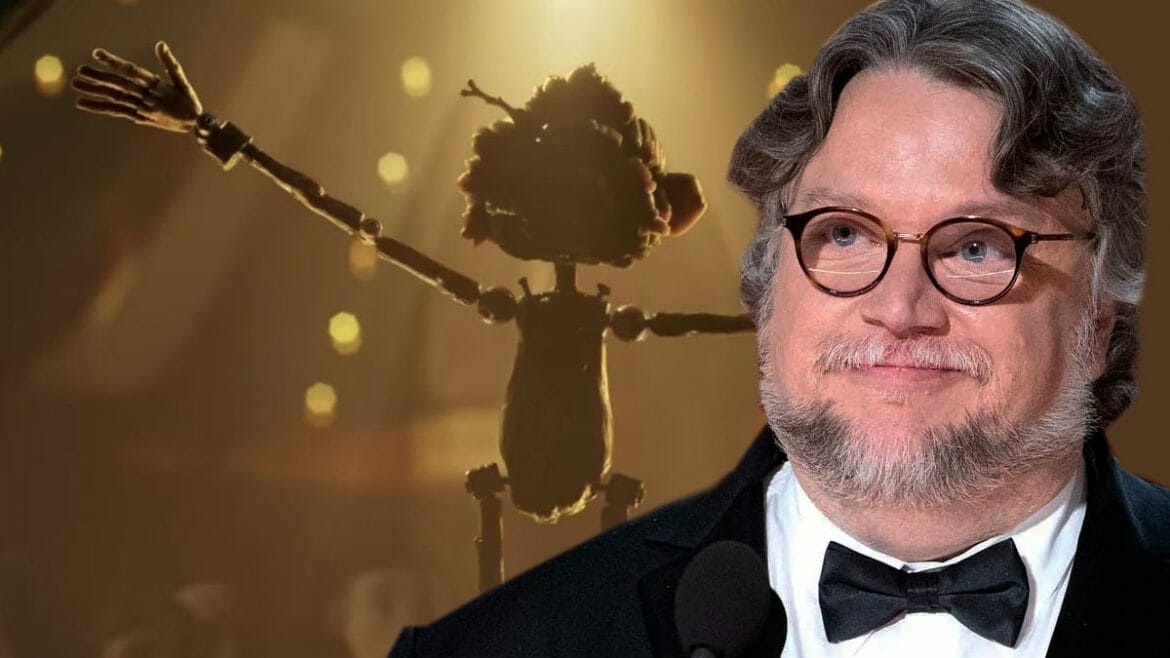 Throughout his long, illustrious, adventurous, and challenging career, Guillermo del Toro has always held onto a desire to create his own version of the classic children’s story, The Adventures of Pinocchio. Carlo Collodi’s original 1883 novel, as well as Walt Disney’s 1940 animated film adaptation, were both massively influential for Del Toro during his upbringing in Guadalajara, Mexico. Even with mass critical acclaim, blockbuster success, and multiple Academy Awards, the filmmaker has always held Pinocchio close to his heart. The story of the disobedient puppet has stood the test of time through various retellings and reimaginings but very few have matched the imaginative scale and deeper thematic exploration of Guillermo del Toro’s Pinocchio.

Decades in the making, Guillermo del Toro’s Pinocchio boasts stunning stop-motion animation from industry legend and co-director Mark Gustafson. Set in the interwar years of Benito Mussolini’s fascist Italy, the challenges that Pinocchio the wooden boy (Gregory Mann) and his father Geppetto (David Bradley) face in this tale feel more real and all the more urgent, allowing for the narrative to delve into the kind of somber and mature lessons that only the best animated films attempt to tackle. That’s not to say that there’s no brightness or excitement to be had though.

Joining Gregory Mann and David Bradley is Ewan McGregor as Sebastian J. Cricket, Tilda Swinton as the Blue Fairy, Christoph Waltz as the nefarious Count Volpe, and Cate Blanchett as Spazzatura the circus monkey. Ron Perlman, Finn Wolfhard, and John Turturro also get in on the excitement, rounding up a voice cast that proficiently brings to life some of the most vibrant animation and standout musical numbers of the year. Guillermo del Toro’s Pinocchio strikes that magical balance between the light and the dark. It’s a moving, truthful, and genuinely inspired take on the century-and-a-half-old story.

With one of his lifelong passion projects now finally and fully realized on Netflix, Guillermo del Toro has seemingly come full circle back to his original roots. Back at the end of the 80s, the filmmaker’s very first feature was supposed to be done in stop-motion, with Del Toro and his team meticulously crafting characters and sets for years, until it all came to a tragic end when vandals burglarized his studio and destroyed everything. Forced to make the switch over to live-action with his 1993 debut Cronos, Del Toro has largely stayed in the medium even as his stories became more fantastical and effects-heavy.

Since returning to the realm of painstaking stop-motion work for Pinocchio, Del Toro has appeared to rekindle that first love, becoming one of the strongest and most outspoken advocates for animation. Animation is indeed cinema and always has been, a fact that Del Toro’s latest film both embraces and solidifies. To celebrate the Netflix streaming release of Guillermo del Toro’s Pinocchio, we sat down with the man himself to discuss the merits of animated storytelling, the complicated lessons of his version of this classic tale, and whether machines can actually make real art.

Firstly, I just want to say that when I was in school, my roommate bought a 3D TV just so we could watch Pacific Rim in 3D.

So for Pinocchio, you’ve been talking about making this film for so many years. You’ve also become a more prominent advocate for animation, not just stop-motion but animation as a whole, as an art form. It’s interesting how so many people dismiss animation as they get older, even though for many of them, that’s the medium that teaches them the language of film and storytelling to begin with. For me, it was Disney’s The Lion King, which remains a favorite to this day.

Guillermo del Toro: And it is a proper, great movie, The Lion King. It’s a proper great movie with scales, scope, compassion, and beautiful use of the filming language. You can continue down the years to Spirited Away, to The Red Turtle, to so many others that are masterpieces of cinema – period. I think that the discussion is at a moment, which is inevitable, that we are betraying the upcoming generations of animators. On television, on Cartoon Network, you can have Over the Garden Wall, you can have Rick and Morty, you can have Adventure Time – which all tackle beautiful, sort of bittersweet ideas, melancholy, and deeper emotions. TV is ahead. It is only the amount of money that animation costs at a theatrical level that makes them go for the safer bet. But I think that it’s a discussion that is, at least artistically, important to have.

The story of Pinocchio has been an enormous passion for you. You’ve described it as one of the most essential stories in shaping who you are. But at the same time, your version makes some significant changes to the tale. How did you try to go about paying respect to the original story and showing your love for it while also changing it so fundamentally?

Guillermo del Toro: We took some stuff from Collodi that hadn’t been tackled before. Collodi kills Pinocchio. Pinnochio doesn’t go to the other world. He kills Pinocchio, and the black rabbits of death come for him. Collodi crushes the cricket over and over and over again. Collodi burns the legs of Pinocchio and has feigned parallels with the image of Christ. There are many, many things that came from untapped moments in Collodi that we thought were prudent. But we wanted to articulate a very different, if not completely opposed, fable.

Collodi is in favor of obedience and for a child to change in order to be considered a lovable, real boy. And we went in favor of this obedience as a virtue and in favor of you not having to change to be loved. So, you know, we drank from that source but made a completely different movie about life, death, love, and the brief nature of our existence here. How death is really urgent and important in our lives and so on and so forth. And by setting it in fascist Italy, between World War I and World War II, you give it another context in which Pinocchio can be tested. He’s tested by the pageantry of show business and by the authoritarian reeducation camp. These are things that are – I mean, I don’t know all 60+ versions of Pinocchio – but I don’t think they’ve been tackled.

You’ve said that Pinocchio isn’t a children’s movie but parents can definitely show and watch it with their kids if they’re able to have a serious conversation with them afterward. What does that conversation between a parent and child after watching Pinocchio entail?

Most things scare you when you’re a very young kid. I think the most terrifying movie I saw was Bambi. But at a certain age, in and around 10, or on the verge of adolescence, you can have these conversations and watch this movie in a beautiful way. Kids are more complex and more prepared to have those conversations than adults. The adults are worried about childproofing all the outlets in the house and the kids want to explore the entire house!

I became a father just two years ago and this film had a lot to teach me as well. I just want to say thank you, muchas gracias, and hopefully, we can continue to educate, entertain, and fight fascism through art at the same time.

Guillermo del Toro: I think that one of the things people would like you to believe is that art can be made by machines and it’s completely unnecessary. But art is necessary and cannot be made by machines. It is an expression of the soul and it’s the only type of art that I recognize as such.