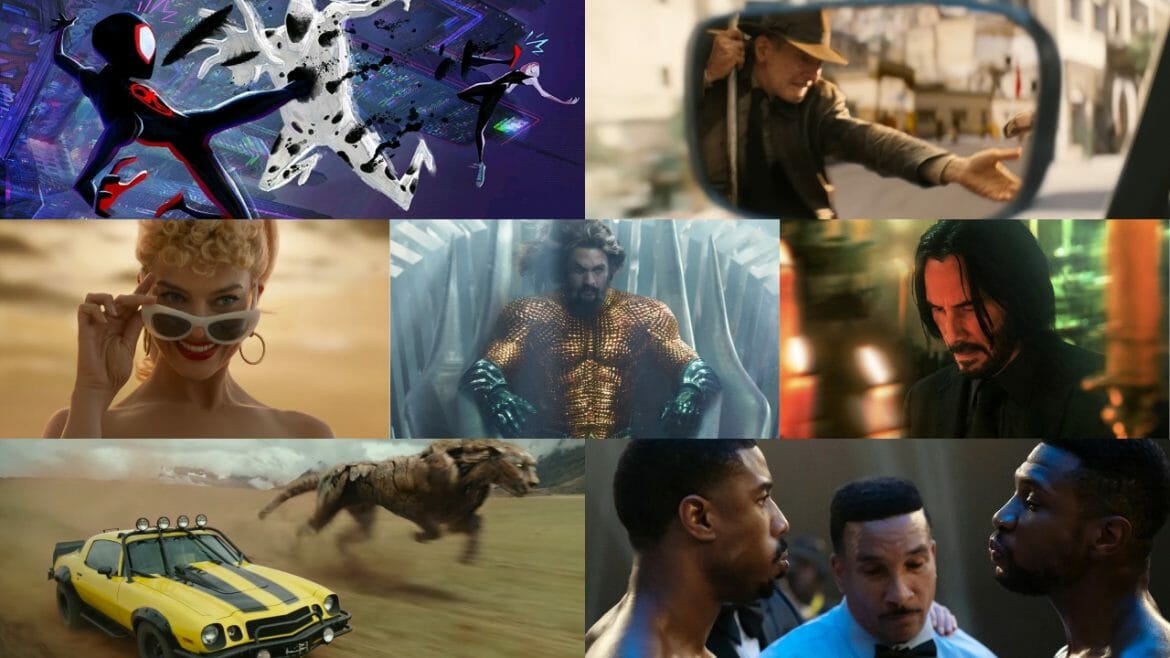 2023 is going to be another great year for film. Avid moviegoers can expect new releases from top names like Wes Anderson, Ridley Scott, Martin Scorcese, Denis Villeneuve, and Christopher Nolan. More beloved names like Greta Gerwig, Ari Aster, James Mangold, and Taika Waititi will also be making their return in a variety of genres. There’s a lot of ground to cover when it comes to film in 2023, so DiscussingFilm is back with our annual release date guide that has everything every cinephile can ask for, including pending and delayed film lists and streaming information.

Speaking of delayed films, many of which have been pushed back for some time thanks to the COVID-19 pandemic are finally seeing the light of day in 2023. Fans will, at last, be able to enjoy highly-anticipated blockbusters like Mission: Impossible – Dead Reckoning Part One and DC’s The Flash, both having been pushed back five times. Aside from the last major COVID-delayed productions crossing the finish line this year, 2023 is bringing some other shakeups big and small.

The Marvel Cinematic Universe is entering its Phase 5 era of storytelling in 2023 with three film sequels: Ant-Man and the Wasp: Quantumania, Guardians of the Galaxy Vol. 3, and The Marvels. Meanwhile, Warner Bros. is releasing the last projects overseen by previous DC Films president Walter Hamada, like Shazam! Fury of the Gods and Blue Beetle, as new CEOs James Gunn and Peter Safran move forward with their studio plans. According to Gunn, fans will know more about their slate in the coming months.

Horror aficionados have an exciting year to look forward to. Blumhouse is kicking everything off early with their killer doll feature M3gan in January. M Night. Shyamalan follows next in February with his latest mysterious piece, Knock at the Cabin. The consecutive months each have their own huge horror title, with Scream VI releasing in March and the long-awaited Evil Dead Rise debuting in April. We would be remiss not to mention that October 2023 is bringing us both David Gordon Green’s The Exorcist follow-up, with the filmmaker’s Halloween trilogy now over, and the 10th entry in the iconic Saw franchise, aptly titled Saw X.

Expect 2023 to also be a huge year for animation at the box office, as Illumination’s The Super Mario Bros. Movie is looking to dominate theater screens. Animation lovers should be anticipating Sony’s Spider-Man: Across the Spider-Verse, Pixar’s Elemental, and Disney’s Wish too. Staying on Disney, two of the studio’s most requested live-action movies are finally hitting cinemas in 2023: The Little Mermaid and Haunted Mansion. Furthermore, 2023 may be another year without a Star Wars film, but Lucasfilm is still providing the goods with Indiana Jones and the Dial of Destiny, which is confirmed to be the last time Harrison Ford will sport the iconic fedora and whip.

Film discourse will surely be no less hot this year. Greta Gerwig’s Barbie and Christopher Nolan’s Oppenheimer are releasing on the same day in July. Timothée Chalamet will be playing Willy Wonka in a musical just one month after Dune: Part Two arrives in November. The Hunger Games franchise is hoping to make a theatrical comeback with The Ballad of Songbirds & Snakes prequel. 2023 will be full of excitement and drama that’s for sure, so you’ll want to keep an eye on our film release date guide! This page will be updated frequently with new calendar information. As such, you can find where certain films are premiering in the streaming world. All theatrical titles are released nationwide in 2023 unless labeled LIMITED, which means fewer theaters but VOD may be available simultaneously – make sure to double-check your options as they vary per film.

Wednesday, January 4
The Subtle Art of Not Giving A #@%! (Limited)

Wednesday, April 5
On a Wing and a Prayer

Friday, April 28
Are You There God? It’s Me, Margaret
Beau Is Afraid
Heart of a Lion
Polite Society
Paint (Limited)

Friday, May 5
Guardians of the Galaxy Vol. 3

Friday, May 26
About My Father
The Little Mermaid

Friday, June 2
Spider-Man: Across the Spider-Verse

Friday, June 30
Indiana Jones and the Dial of Destiny
Harold and the Purple Crayon

Friday, September 15
A Haunting in Venice

Friday, September 22
The Expendables 4
Next Goal Wins
The Blind (Limited)