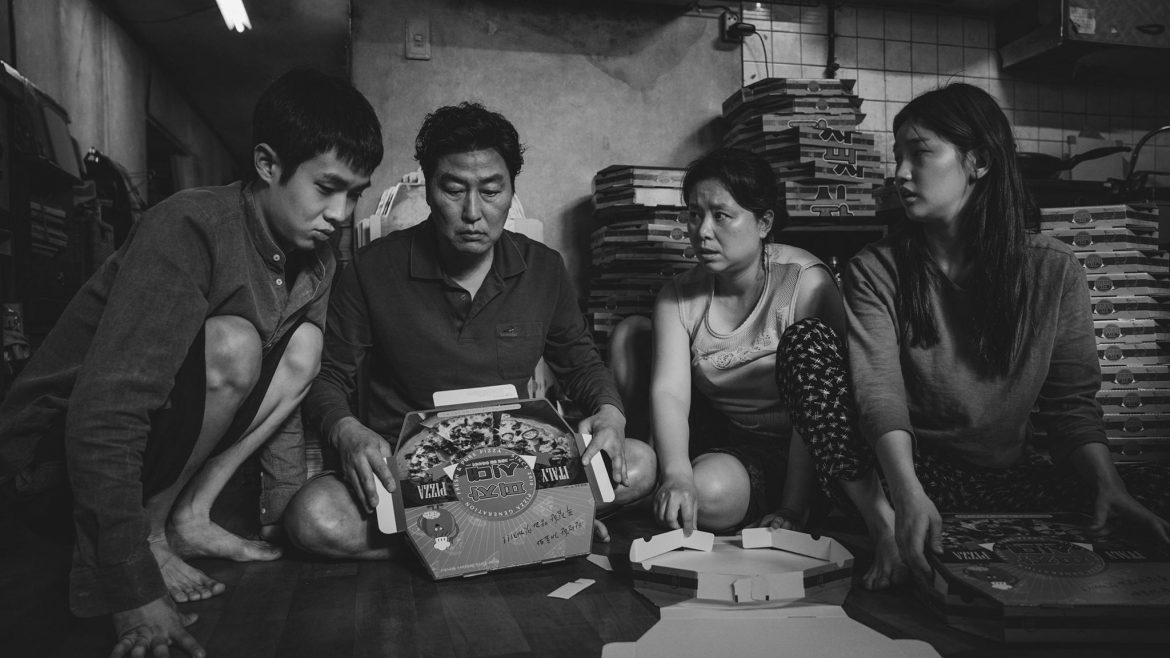 While the miracle of color brought life to a predominantly colourless form of entertainment, black-and-white films were and have since been considered treasures. Such as filmmaker’s going to extensive lengths to reimagine modern hits into such a template, like George Miller (Mad Max: Fury Road) and Bong Joon Ho now. Today we still see black-and-white films being produced, and they have been recently ranking among some of the best in modern cinema. Such as Cold War, The Lighthouse, Roma and The Artist, to name a few.

There are some questions that beg in the release of this version of the Oscar-winning film. Is it a gimmick? Is there a need? Is it just because black-and-white is considered classy? The answer is, yes, there are no real changes to the experience, but it is just as fantastic. There is no proper meaningful enhancement, but I suggest that after seeing it, I would maybe prefer to re-visit the film in black-and-white over color? Either way, the film remains a true masterclass in filmmaking.

Parasite was shot in color, therefore, naturally, the lighting was not optimised for black-and-white. To shoot black-and-white in comparison to color may not seem like a necessity, why not just do it in post-production? You just cannot simply get as much depth and contrast to the blacks, greys, and whites. However, Parasite is so immaculately designed and lit- only occasionally could you gaze upon the screen and notice, “Oh, this could have had much more contrast in the depth”. It works like a charm in its new form due to the seriously impressive discipline of Bong Joon Ho’s control of all the film’s elements. Therefore, allowing space for such changes to the aesthetics of the film.

Bong Joon Ho’s film is an exemplar of a masterful filmmaker in full control of his craft. Parasite is a nerve-shredding, nail-biting, and suspense-filled commentary with a slasher twist. It is almost Hitchcockian in director Bong’s precision with his choice of shot and frame. Everything is superbly controlled and nailed to the point at which you begin to question, how is this possible? The Oscar-winning screenplay and direction are paired with Hong Gyeong-Pyo’s gorgeous cinematography that makes for a jaw-dropping, splendid venture into darkness and beauty.

In addition, the acting is phenomenal on all fronts. Park So-dam is of key-note to a large part of what makes the film churn, but Cho Yeo-Jeong delivers the finest performance of the lot. Her performance is perhaps the absolute definition of agility when it comes to acting, with a non-stop unease simmering around her, to her remarkably reactive reactions in alliance with her co-performers. Stunning work.

Parasite is an unforgettable film, this glossed-up black-and-white version renewed my appeal to see the film more and more. There is an elegance to the updated aesthetics of the film, however, perhaps you miss out on some of the rich-exuberant colors of the original version? Either way, Parasite is brilliant in both formats.