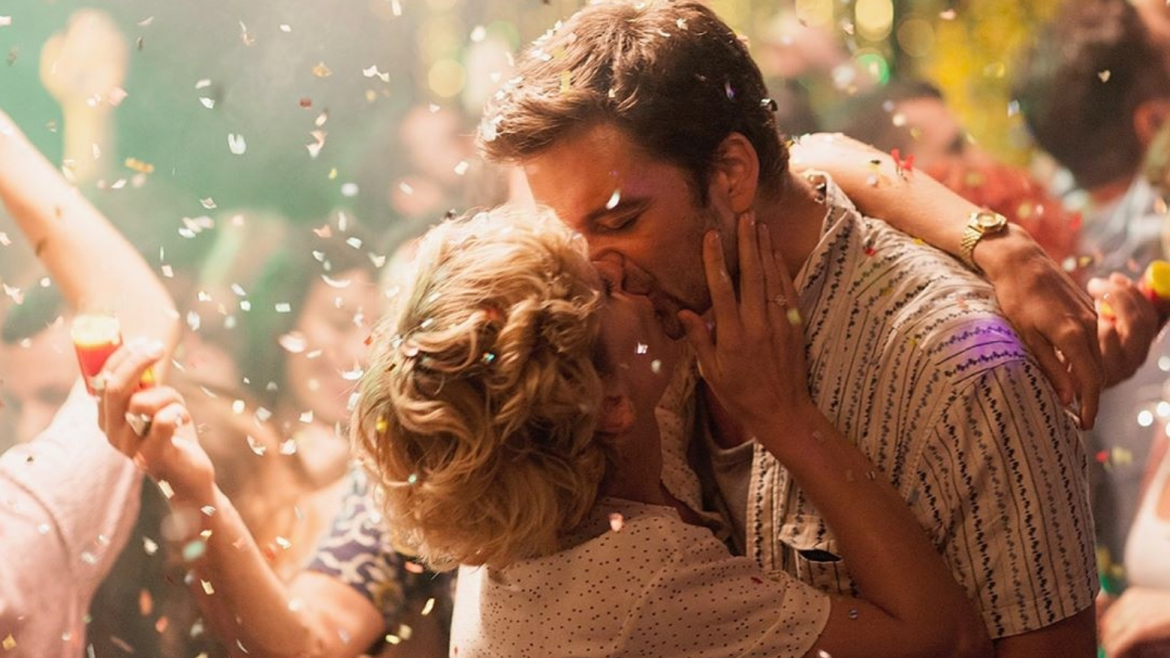 Wild, insane and strange, Monday is not your typical romantic drama. It’s a ferociously crazed subversion that thrills and engages to no end. Critically acclaimed Greek director Argyris Papadimitropoulos returns with his first film since 2016’s Suntan. The severing of one’s past, acceptance of the future, and troubles of the present is what Monday is all about. From moment to moment, day to day, uncontrollable and absolutely hilarious events occur, causing an ongoing sense of sheer chaos.

The opening moments of the film set the positively bonkers mood, instantly there is a slew of neon-induced, drunken, and sexual-filled imagery. It can be uncomfortable, freeing, absurd, humorous, but most of all, it’s extremely compelling. There is an inherent admiration once you settle in for what’s to come, the style is a wonderfully chaotic mishmash of endless drug-like disarray. It’s a film that is directly from Papadimitropoulos’ personality, it’s said that the first party scene is exactly of the same kind he would throw every year and one of the main characters has his first name, Monday is undoubtedly routed by his touch.

We follow Mickey (Sebastian Stan) and Chloe (Denise Gough), two Americans living in Athens. They meet at a party and things rapidly spiral into a night of romance and drinking, ending with them getting arrested. Beginning their relationship in the wildest of possible circumstances, the two become quickly attached and plunge into a rare bond that unbeknownst to them is set to go haywire.

Greek cinematographer Hristos Karamanis brings a sense of wonder in his vibrant images that evoke a reckless charm. It’s shot mainly on-location in Greece and utilizes the ups and downs of the main relationship to slip into differing visual beats. Stylized shots litter throughout as well as static ones that amplify the feeling evoked in said moments, there is meaning and purpose to the cinematic style present. The brilliant Sebastian Stan and Colette‘s Denise Gough balance Monday as raucous yet equally delightful. The two have an incendiary chemistry that proves to completely entangle the spectator in their romance. A potentially perfect couple who become bad versions of themselves, they almost turn into sapped renditions of their starting personas. Papadimitropoulos asks a hefty amount from Stan and Gough, who both respectively bring their all.

The almost delirious party scenes have a perfect blend of reality and filmmaking magic, actually shot at real parties, no one, bar the main actors, was acting. The feeling of exhilaration and realness to such moments allows total engagement for spectators, it could be seen as rash, but you have to admire the length Papadimitropoulos reaches to depict a truly wild event.

Monday is a stylized, absolute romp of a time. It captures the height of strain felt in the main duo’s struggles, while emphasizing the pure joy and freedom of the night-set parties. Life is ever-present in this thrill ride that may be one of the most insane pictures in a long time, it boasts sensibility akin to The Wolf of Wall Street and all the absurdness portrayed therein. You’re watching unspeakable and nutty things that you wouldn’t dare to ever do, but you also can’t help yourself and look away.

Monday was set to premiere at the 2020 Tribeca Film Festival but instead celebrated its debut at TIFF!